History and Heartbreak of the Average Boy Band 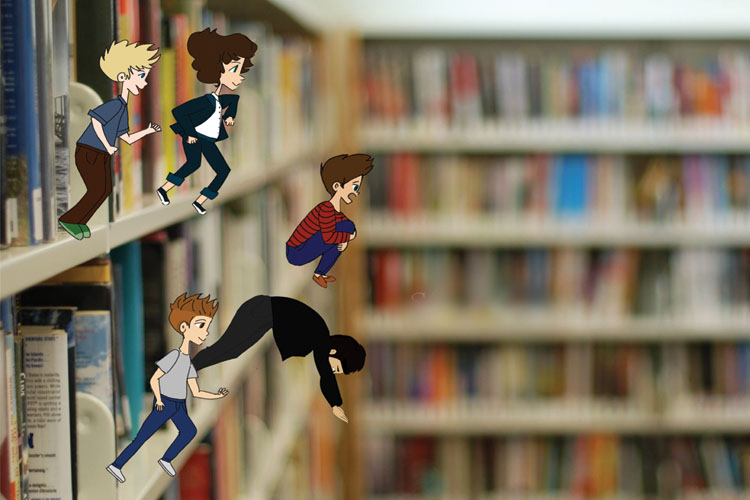 In the wake of famous boyband One Direction’s split, the Fourcast analyzes the shelf life of America’s average boy band.

It’s June 23, 2012. Junior Tori Gudmundsson, then a seventh grader, fights through the throngs of people stuffed into Gexa Energy Pavilion, anxiously awaiting this moment. Gudmundsson’s life had led up to this point – five handsome, young Brits step on stage. Gudmundson (and twenty thousand other concert-goers) erupt in screams and shrills: One Direction has arrived.

Fast forward to March of 2015. Gudmundsson, now a junior, refreshes her inbox to find an email from One Direction fanmail, a remnant of times long past. The email concerned Zayn Malik, one-fifth of the band, and his decision to leave the group, breaking the hearts of teenagers all across the globe. But was this breakup uncalled for, or was it meant to happen?

“My life with One Direction has been more than I could ever have imagined. But, after five years, I feel like it is now the right time for me to leave the band,” Malik said via the band’s Facebook page.

Just a few months later, in late August, Gudmundsson heard rumors of the whole band breaking up after the release of their March 2016 album. According to Simon Cowell, X Factor judge and the man credited with putting One Direction together, the boys want to take some time to themselves before they get into solo work.

After five years, four albums and a whole lot of fans, what happened to One Direction?

Brad Wavra, Senior Vice President of Live Nation Touring, has had the opportunity to work with many boy bands, including One Direction, the Jonas Brothers, NSYNC and the Backstreet Boys throughout his career.

In his extensive experience, Wavra notes that boy bands normally enter the spotlight without really knowing the plan.

“I think by definition the boy bands are young, and with youth you have a innocence and the anticipation of what’s next,” Wavra said. “Everyday is a new adventure and they have no idea of where it will end, or how popular they will become.”

Boy bands are something different than other bands. They have characterized generations of fans since the beginning of time.

It all started in 1964 with the Beatles. After one too many years in the spotlight, too much time together or a combination of the both, even the greatest of the great have fallen out of fame. The Beatles entered a decline in 1968, with rumors of the band splitting circulated among fans. It was not until 1970, nearly two years later, when the group split for good, attributing the fact to the death of their manager and difference in opinion among band members.

Boy bands generally die out with their corresponding generations because as they grow older and break away from things we used to fantasize about, we simultaneously disrupt those romanticized ideas.

According to Upper School English teacher and former boy band fanatic Dr. Jennifer Boulanger, there is a time in our lives for boybands, a time that Boulanger is no longer a part of.

“One Direction is speaking to a place where you guys are in life and not where I am so I don’t care that much about them,” Boulanger said. “[But] I understand why you guys care so much about them.”

Boulanger believes that we love these people “because they’re unreal,” comparing them to desirable literary figures like Mr. Rochester from Jane Eyre and Mr. Darcy from Pride and Prejudice.

“I loved Brian of the Backstreet Boys because his character was sensitive and sweet and a bit vulnerable, which probably revealed a bit about the kind of romantic partner I might seek later in life,” Boulanger said.

When we grow up and realize that a relationship with this person is just a fantasy, we begin to lose interest in the band. Although generations of fans are lost as people grows out of the boy band age, new fans are there to fill the void.

Another common reason for the demise of the boy band is the length of time that they have spent in the spotlight.

Although Gudmundsson was upset initially after hearing about 1D’s breakup, she took a different attitude soon after.

“They deserve to have a break because they have been going at it, like, nonstop for four years, so I think that it is good for them. Hopefully it will only be a year but we will see,” Gudmundsson said.

Wavra, like Gudmundsson, notes that boy bands like One Direction break up because of a change in priorities.

“I think the sheer amount of time they spend together is both a blessing and a curse.  To be successful you need to work when you get hot, to get hot you need to work really hard to create good music and to promote your music at radio,” Wavra said. “All of this takes 100 percent of your time. As teenagers, being together is a ton of fun and you become your own sort of family, but as you mature and as time passes, days become weeks, become months, become years and during this time the individual band members are maturing from teenagers into adults.”

Wavra also mentioned the desire for individuality that many of the boys long for, after being grouped together for so long.

“After 4-5 years of non-stop work, you would want to change things up and live for yourself, not as a member of a band,” Wavra said.

As for reuniting, it rarely happens in the history of boy bands. Maybe a reunion concert or reunion album will appear in the years to come, but it is more likely that One Direction will never again be the band they were in 2010.

“They probably will need that time and it may be longer than a year,” said Boulanger, who has fond, recent memories of jam sessions to the Backstreet Boys Spotify playlist. “Maybe they will come back and you guys will get to have a reunion and you will be older and buy their album like I did. It’s not over and you can always go back and listen to them.”

Although the boys may never get back together, they will go on to pursue their own musical careers.

This raises an important question: Who will be the breakout artist of One Direction? Check out our prediction in the sidebar below.