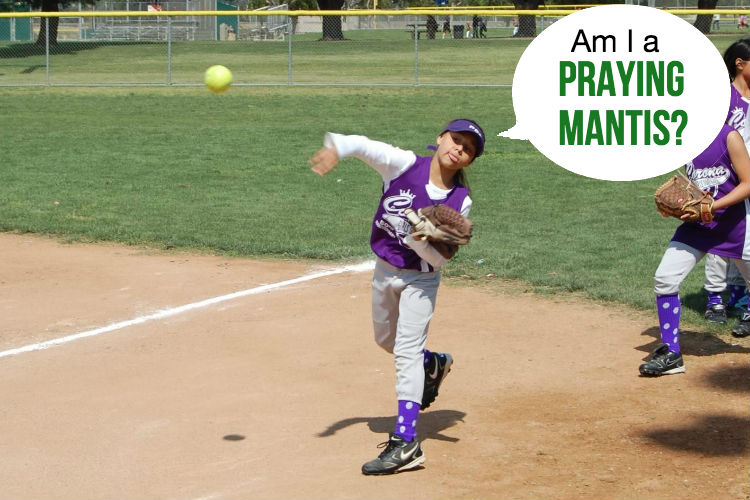 As opposed to what? A praying mantis? I am a girl, so I sure hecking hope that I throw like one. What features even classify a “girly throw?”

Is the ball trailed by a rainbow? Does it smell like vanilla? Does it do a little dance before you catch it?

We often use the phrase “throw like a girl,” or even more generally “____ like a girl,” without even realizing its meaning. It is commonly used as an insult when in reality, it’s an accurate truth. I do throw like a girl, but that’s because I am built like one. It doesn’t make my throw any better or worse than a boy’s throw.

If you won’t take my word for it, Mythbusters put this “insult” to the test this past May. To any guys reading this (which if you are, and it is not by accident, then good for you, The Fourcast rocks!), the two hosts on the show have beards. That’s right, they have facial hair. They’re real men. They have to be right.

The show took eight people of each sex and different age groups, and analyzed each of their throws. First with their dominant hand, and then with their non-dominant hand.

After analyzing each of the throws, it was concluded that neither sex has the superior throw. The guys tended to throw more accurately, while the girls threw faster.

So next time one of your uncoordinated friends attempts to toss you a pencil, rather than telling them that they throw like a girl, why not come up with a real insult at the very least?

Because next time you claim that your friend “throws like a girl,” all you’re really saying is that they make 23 cents less while doing it.