The Gig Economy is Up 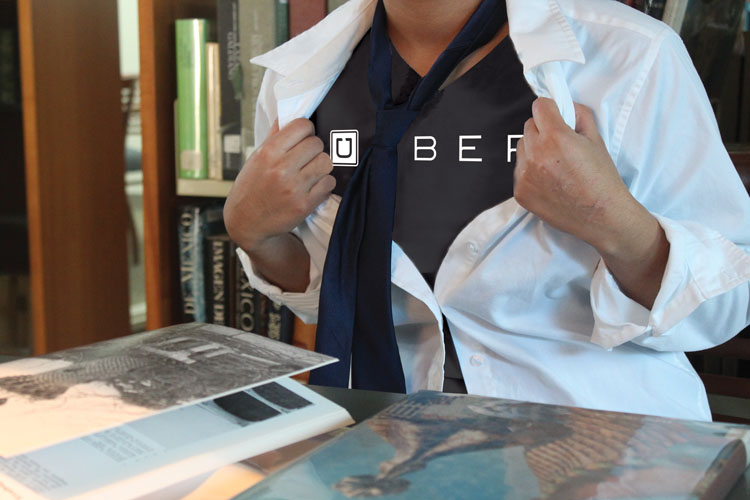 Like a typical teenage girl nowadays, senior Walker Tindall doesn’t fret or even complain when her mother tells her she won’t be able to pick her up from the concert she attended. Instead, with two swipes and a click she switches into the Uber app, orders herself a car to take her home, and the driver is at the venue within minutes.Yes, it’s that easy, and an example of a growing gig economy.

A gig economy business operates through flexible employment and allows easier access to part time jobs by letting its employees sign up to work shifts on their own time.

Uber, a popular driving service and gig economy business, enlists freelancers and the general public to carry out its service. This means that Uber’s workforce can be basically anyone over 21 who owns a car. This massive employment base can offer transportation faster and cheaper than a regular taxi cab service can.

Tindall takes Uber X, which is the cheapest level of Uber cars, and has multiple reasons for her preference of Uber over regular taxi cabs.

“Uber is cheaper and I think the drivers are a lot friendlier,” Tindall said. “Regular taxicab drivers are constantly working and just not as happy, so Uber as a freelance service is really successful because the drivers are really chill and friendly.”

Uber has saved Tindall from being stranded more than once. And she’s not alone. In a survey of 100 Upper School students, 57 responded that they have used Uber.

Like Tindall, sophomore Harper Lay uses Uber and reiterated that Uber’s recent increase in popularity is because it has friendly employees and is readily available anytime.

“The [Uber employees] can be really funny and have cool stories and sometimes you don’t get that interaction in other businesses,” Lay said.

But there are some problems that come with gig economy businesses. Unlike traditional taxi cab services, not all of Uber’s drivers go through very serious training, as evidenced by one student’s Uber experience.

“When Uber was just starting out, I told a driver to pick me up from Northpark. I looked on the map to see where she was going and she was just driving in circles,” sophomore Michelle Mankoff, another Uber user, said. “She later told me that was her first time in Dallas.”

Postmates, a delivery service that works like Uber, delivers food from a restaurant of your choice to your desired location. Many students, including sophomore Beth Ryan, use Postmates at least once a week to deliver food to school instead of having lunch in the cafeteria.

“I prefer Postmates to Hockaday lunch, and the service makes it really easy for me to get the food I want,” Ryan said.

Unlike Uber, which is cheaper than other taxi cab services, Postmates is pricier than its small-business alternative, which is ordering directly from restaurants that offer delivery services.

“It would probably be $10 cheaper if I ordered directly from a restaurant but I wouldn’t have as many options to choose from since not all restaurants deliver,” Ryan said.

Tindall, Ryan and Lay agree they use Uber and/or Postmates because of their convenience. And these are only two businesses on the running list of gig economy companies that are actively competing with traditional small businesses.

Consumers are not the only ones enticed by services from gig economy businesses; freelancers and the general public are just as attracted to working gig economy part-time jobs. Uber has just announced that by 2020, they will create a million new jobs for female drivers.

This predicted increase in gig economy jobs is a marker of how much the U.S. economy could change in the coming years. In addition to the multitude of people working gig economy jobs right now, there will be many more gig economy workers in the years ahead.

“I decided to become an Uber driver because it allows you to work as much or as little as you like,” Poe said.

He noted that Uber was very thorough with background checks and driving records, showing that they are working toward having the safety and customer protocol standards of a traditional business. However, he also explained some of the differences in the hiring processes.

“In the process of becoming an Uber driver, I never had any face-to-face contact with a live person,” Poe said. “My only contact with live human beings [was] through email.” As a gig economy worker, Poe attributes the growing trend of working part-time gig jobs to the flexibility.

“You essentially are your own boss. You’re not tied to a schedule or shift,” Poe said.

In addition to flexibility, Hockaday Upper School economics teacher Joni Palmer speculates that the reason so many people are attracted to gig economy jobs is because they require very few skills for extra income.

“If [someone looking for a part time job] went to work at Starbucks, they would [need] experience making fancy coffee drinks, but if [they] went to Uber all they would need is a good driving record and customer service skills,” Palmer said.

The United States Bureau of Labor found that an increasing number of people are taking gig economy part-time jobs so that they can supplement their main income.

“Consumers will spend some portion of extra income, and if more money is spent then there is a multiplier effect that causes the economy to grow,” Palmer stated.

Poe agrees that a supplemental income, like the one he makes by working for Uber, can be very helpful for employees.

“Some people use it as fun money, some use it to help cover bills and some just save it,” Poe said.

Proving how popular gig economy businesses have gotten, well-known and established companies are also giving it a try.

On Sept. 29, Amazon launched their new program Amazon Flex, which is a package delivery service. Based upon its gig economy companions, not only will people be lining up to use Amazon Flex, but to work for it as well. In addition to Amazon, on Oct. 13, Starbucks launched one New York City store to test out their Green Apron delivery service and hand-deliver Starbucks drinks to customers.

As a consumer, Tindall said that, in certain markets, she could see the gig economy taking over small businesses.

“I think the gig economy could be the future for delivery and transportation- based services,” Tindall said. “Uber is always readily available for me and I think customers appreciate how widespread and realistic the service is.”