Land of the Free, Home of the Strange 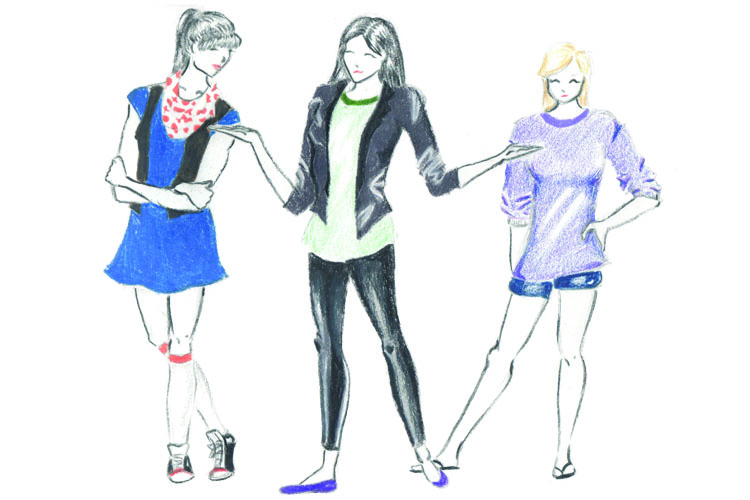 When I stepped on American soil three years ago, I figured I was in for a little culture shock because I had lived in Hong Kong my whole life; however, America was far more different than I had first expected.

Sometimes it seems like you guys (or should I say “y’all?”) do everything differently; from your food to your measuring system to even the way you talk – seriously, what is soccer? I love it here, but you have to admit… Americans are really weird. Guys: what’s so hard about using the metric system? Everyone else does it. Why do you feel the need to be so special?

But America’s a big place, and I don’t have time to talk about everything wrong with it. Today I’m going to focus in on a place closer to all of us: Hockaday.

If you think American culture is weird, then Hockaday culture is even stranger. There’s one thing I’ll never understand about it, no matter how long I live here. Girls in Dallas spend hours putting on their makeup and straightening their hair and making sure they look pretty, but then they just go ahead and throw on a big T-shirt and some Nike shorts and trainers and leave the house.

Why? Why is this your outfit of choice, Hockaday girls? See, where I come from, you dress up even if you’re going outside for only a few minutes. I know for certain Hong Kong isn’t unique in that aspect–even in New York, people wear nice clothing to go out. My sister goes to a university in New York and can verify this information. Really, it’s just a part of being a self-sufficient human being. Why is this such a hard concept for Hockaday girls to grasp?

Just when I think I’ve assimilated nicely into Hockaday culture, I have to return home for the summer and reunite with my Hong Kong friends. In Hong Kong, I’m constantly reminded of how odd Hockaday culture is. One time, I forgot that I wasn’t in Dallas, and I wore shorts and a T-shirt to go meet up with my friends. This is how that fateful encounter went down:

Me: Hey guys! I’ve missed you! How is everyone?

My friends: Amanda. What are you wearing. You look homeless.

Me: Now I remember why I left Hong Kong.

Okay, but all joking aside, I really want to be a part of American society, but I’m not sure if I’ll ever fit in properly (hyphenated American, anyone?). I wish I could wave around the American flag and chant USA! with frat bros and follow the @SorryImTexan twitter account, but alas, I cannot.

To be fair, I’m sure I seem plenty different to Americans. I say “trainers” instead of “sneakers” and I call it “football” not “soccer,” and I still don’t understand why hamburgers are called hamburgers (seriously–where is the ham?).

Maybe someday, 20 years from now, I’ll be able to sit back in my American chair in my American home and tell my future American child about whether or not Johnny Appleseed was a real person (I am still unsure of his existence), but for now I’ll have to be content with feeling out of place.