Money (Should Not Be) on My Mind 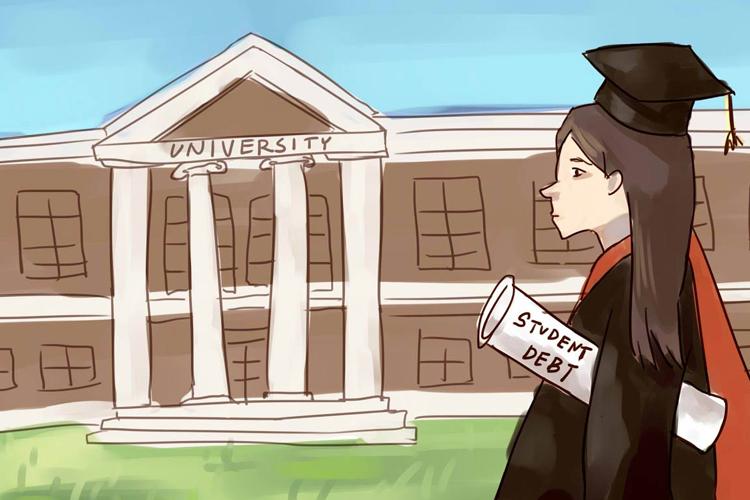 It’s April 1–known to most Americans as April Fool’s Day, but better known to high school seniors as the day their fate is decided; the day that everything they’ve worked for comes to a single conclusion; the day their entire future flashes before their eyes!

You refresh your inbox 12 times, and once more just for good luck, and then you see it: an email from your dream college. That knot you had in your stomach seconds before transforms into pure happiness as you read the words, “Congratulations, you’ve been accepted!”

Of course you’ll go, right? It’s your dream school, and you’re in. There’s nothing else to it. Compose a Facebook post. Start buying college gear. Let senioritis officially commence.

But for some seniors, it’s not that easy.

For many families across the nation, the question is no longer, “Is my child accepted?” but rather, “What’s my child’s financial aid package?”

Most of these packages are based on the Free Application For Federal Student Aid–better known as FAFSA, which is then used to determine your family’s Expected Family Contribution through a complex equation that regards various factors. In simple terms, this value is the amount that the government believes your family can contribute toward college tuition.

But this formula has one problem. It doesn’t consider aspects such as paying for your younger sibling’s tuition, family expenses, saving for retirement, etc. For example, if tuition is $54,470, and your family’s EFC is $48,470, you won’t qualify for a single cent more than $6,000 in financial aid, which is the difference between tuition and EFC. The government pretty much assumes that your family can afford college without much difficulty even if that’s not the case.

Although there aren’t statistics available to show this situation at Hockaday, it’s safe to assume that college tuition is a huge expense for everyone, regardless of socioeconomic status. A substantial majority of us apply to elite colleges, which include Ivy League institutions and private universities with low acceptance rates. However, most of these schools only provide need-based scholarships, rather than those awarded for merit. As a result, some families find themselves in a complicated situation: they’re too rich for financial aid but not rich enough to pay for college.

All of this raises a critical question: what’s the point? We spend four years of our lives molding the perfect application in hopes of being accepted to our first-choice college only to decline the acceptance due to absurdly inflated tuition costs and only a few thousand dollars in aid. Even though there are multiple external scholarship opportunities available, it’s not uncommon for a student to graduate with student debts: according to a 2014 analysis from credit bureau Experian, 40 million Americans have at least one outstanding student loan.

Unfortunately, the current system of higher education is connected to a number of other economic aspects, which makes it difficult to find a single-faceted solution to lowering college tuition. Successfully accomplishing this would require revamping college as it is–perhaps by requiring students to spend less time in the classroom and more time practicing their profession with employers through internship opportunities.

Additionally, schools should consider offering more online courses, which would reduce the amount of funding necessary for classroom courses and therefore decrease the amount of tuition students would need to pay.

Certainly, transitioning into such a system will take years, but in the meantime, it’s important to remember one thing: while your dream school may not be a feasible option for your family, that doesn’t mean you won’t be successful. What you do at the college you attend matters much more than its name.