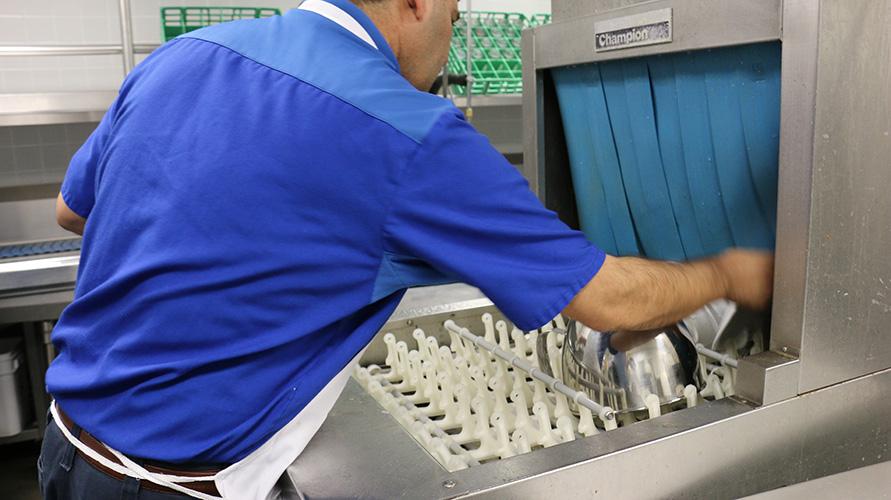 For a company that prides itself on fresh ingredients and wholesome burritos, Chipotle’s e. coli outbreak took the public by storm. The scare prompted Chipotle to temporarily shut down 43 stores in Portland, Seattle and surrounding areas on Nov. 2. As a result, Chipotle’s stocks reached an 18-month all time low in November, according to Business Insider.

The E. coli strain has not been traced to a singular food item at Chipotle. But according to TIME, it has sickened 52 people, 47 of whom claimed to be eating at the restaurant prior to falling ill. Most recently, in early December, 30 Boston College students fell sick after eating Chipotle over the weekend; however there are no confirmed cases of E. coli connected to Chipotle in Massachusetts.
What is E. Coli?
Escherichia coli, or E. coli, is a single-celled bacteria which comes in several different types, or strains. The most popular strain is the one found in such outbreaks, which results in a disruption of body functions and diarrhea.

Upper School science teacher Dr. Barbara Fishel is familiar with E. coli and has dealt with the bacteria in class labs.

“If we eat food which has been contaminated with a strain of E. coli that is harmful to us, it generally means that there is so much E. coli in the food we ingest.” Fishel said. E. coli then “overwhelms our defense mechanisms before they have enough time to mount a defense.”

While closed Chipotle stores have been reopened as of Nov. 12, the outbreak has led to an E. coli scare, prompting the recall of products at Starbucks, 7-Eleven, Costco, Albertson’s and Walmart, due to a harmful strain found in the celery.
Keeping Things Clean
Senior Sofi Mira, who started working at a Chipotle store in Dallas last March, is familiar with the food preparation process. She worked at Chipotle during the outbreak.

“On the first day the news broke out, the store was empty,” Mira said.

Nevertheless, people still love their Chipotle, and the store was in full swing the next day. Chipotle earned their customers’ trust back through transparency they’ve shown in similar past events, including the recent shortage of carnitas. The carnitas compromised the integrity of their food standards.

“I truly believe that we do everything we say we do, and there is nothing secretive going on in the back or something we wouldn’t be afraid to show people,” Mira said.

In fact, Chipotle, like Hockaday, has many standards and policies set in place to ensure the cleanliness and freshness of ingredients. These range from top-of-the-hour hand washings to glove changes whenever handling different foods to regulating temperatures of the food served.

“All the hot food has to be 145 degrees, and the cold food below 40 degrees,” Mira said. “If it’s not, then we have to fix it because we’re not completely sure it’s safe anymore.”

At Hockaday, Director of Food Catering Katie Williams oversees the kitchen during preparation. It is crucial for her to understand food safety in order to serve healthy and safe food to students and faculty.

“The temperature danger zone is where microbes really want to grow,” Williams said.

Chipotle employees change the water placed beneath the food to regulate temperature of the food above it so it isn’t overcooked or undercooked, while Hockaday stores food in hot boxes and places trays in the boiling water.

Additionally, Chipotle has specific cleaning systems for each of their items, including cutting boards and workstations.

“Germs can come up from so many places, and it’s our job to be proactive about that,” Mira said.

Hockaday Dining Services also guarantees hygiene in preparing food by replacing the washing water every two hours and constantly switching out gloves when dealing with different food. In fact, the city of Dallas has specific guidelines for school cafeterias, and a health inspector checks to see if Hockaday meets these requirements three times a year.

“However, we follow those policies all year, so our hot water for washing and sanitizing is always hot. It always follows the correct temperature and the correct amount of soap,” Williams said.
Contamination
Problems arise when temperature standards aren’t met and equipment isn’t well-maintained.

“The two main problems are cross-contamination and making sure everything’s kept hot and cold,” Williams said.

According to Williams, Chipotle’s main downfall is the former: there are too many people touching the food.

Regarding the skepticism where the E. coli is coming from, Williams thinks this is due to the fact that Chipotle’s food shipments come from so many different sources.

But students here at Hockaday can rest assured. Eighty percent of our food comes from U.S. Food Services, so it’s easy to track down where each meal is coming from.