History Begins with the NWHL 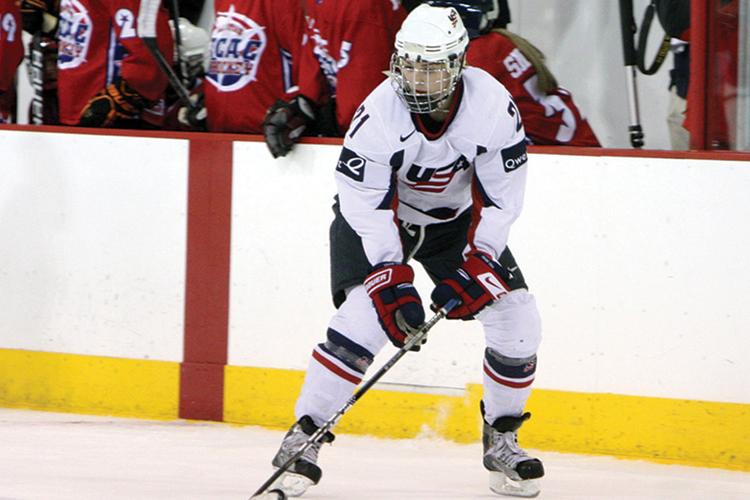 Though freshman Chaucer Langbert always planned to cut off her ice hockey career in college, she now has a chance, if she so chooses, to pursue the sport she loves to a professional level.

Women have been playing hockey competitively for decades; the man who gave his name to the National Hockey League’s championship trophy, Lord Stanley of Preston, encouraged his daughter Isobel to play back in the early 20th century. Now, Isobel will donate her name just like her father has: the NWHL will compete in March during its first-ever playoffs for the Isobel Cup.

While there have been women’s major leagues (most notably the Canadian Women’s Hockey League) in the past, the NWHL is making history by being the first-ever women’s league to pay their players a salary.

Although Rylan originally intended on working with the CWHL to expand further into America (currently all but one of their teams are based in Canada), she ended up beginning a brand-new league, much in the style of Internet start-up businesses.

She started with a dream: what she has now is a job as commissioner of a League inspiring young girls all over America to continue playing hockey at a new level in a novel way.

Though Langbert’s career goals may be off the ice (she hopes to become a neurologist one day), her teammates and other girls playing hockey can now seriously think about continuing the sport for a living.

NWHL Director of Communications Savanna Arral says that was a huge goal since the League was first envisioned.

“They have heroes now who look like them and who act like them and do the same things as them,” Arral said, adding that the League will show young female hockey players that they “can reach that pinnacle in their career.”

Langbert, inspired by her father’s love for hockey, started playing four years ago and currently plays on the Dallas Stars 16U Girls Elite team.

“There are lots of [college] scouts looking,” Langbert said. “It’s a great game and most girls are looking for D1 colleges they can play hockey at.”

“[Women’s professional leagues] open their minds to the possibilities for women,” Slinker said. “Just being who you want to be to the highest level, whatever that is.

”While Langbert is happy just playing on her elite team, she’s looked for footage of NWHL games and players to help her hone her game. It can be difficult to find videos on YouTube of these players, but Arral confirms they’re working on expanding their reach.

“We partner with some kind of organization or charity or foundation for every single game we have,” Arral said. “[We] do a lot of cross-promotion and give each other mutual exposure.”

Apart from charitable partnerships, however, the NWHL also has corporate partners. Dunkin’ Donuts is an official sponsor. Another is the NHL, which Langbert points out is a league easier to access in sports markets with less emphasis on hockey like Dallas.

The NWHL participated in the yearly NHL outdoor game, the Winter Classic. This year, the NWHL and the CWHL mirrored the showdown between two NHL rivals, the Boston Bruins and the Montreal Canadiens, with the NWHL’s Boston Pride playing against the CWHL’s Montreal Canadiens.

Though the shortened game ended in a tie, Arral thought thatthe amount of exposure the League achieved and the awareness that the game developed for women’s hockey is invaluable.

“If we could just get a couple of these mass platform opportunities every single year, that just boosts our exposure so much more,” Arral said. “The NHL was really incredible in giving us that opportunity to play hockey on that kind of stage.”

For the NWHL, that stage will continue through the end of their inaugural season. They had their first All-Star Game over the weekend of Jan. 22 to 24, anticipate a highly competitive playoffs season in March and are working on the NWHL Awards for this summer, inspired by the offseason yearly NHL Awards.

As the NWHL moves forward, their slogan – History Begins – becomes truer every day. This league goes beyond inspiring girls to lace up their skates: it inspires them to aim higher and achieve their greatest