2016 Presidential Election: A Guide for Minors 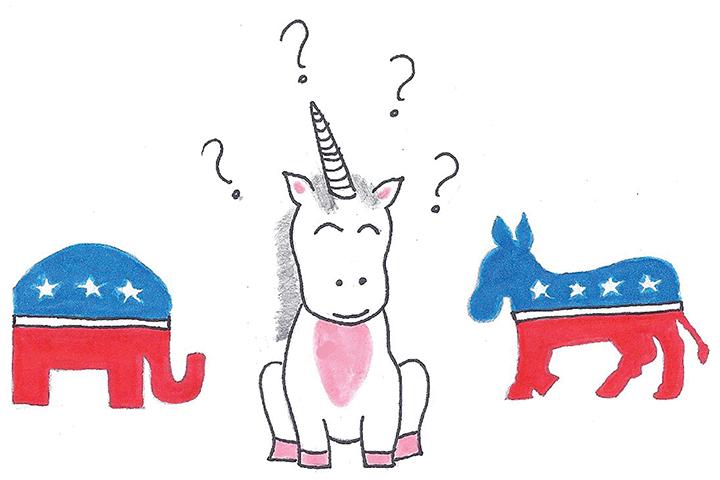 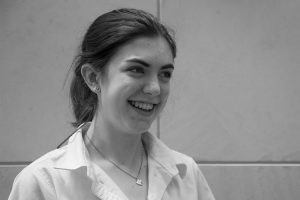 I am not your typical participant of democracy, and not only because I’m not a straight, white dad named Greg with a major crush on capitalism. Instead, when I turn 18 on May 24 next year, I will analyze the policies and ethics of each politician and carefully determine which old person I agree with the most. Until that day, I am in the awkward position of constantly witnessing adult discussions about an election that, frankly, I have no part in.

However, my age does not stop me from pouring my heart into video edits of Ted Cruz crying to Pink Floyd’s “Comfortably Numb.” With all of the fuss about Hillary’s email scandal and videos of Ted letting Carly drop like a fly, I have realized that these candidates have a lot in common with people all around me. I can’t help but wonder, if these media-plagued, image-driven individuals were in our communities, how would they fit in?

Hillary Clinton would easily be the underclassman who pushes seniors out of the way on Halloween because she “has to get to class.” Once she arrives to said class, she makes sure you know that she is Snapchat best friends with your winter formal date, and that she shops at Free People so she’s “not like the other girls.”

That afternoon she skips the orchestra assembly and lies that she had a tutor, but tells the other students that it’s “not a big deal” they got detention because colleges won’t see it anyway. It is important, though, that everyone knows “music is her life,” which she announces as she puts on her ear- phones blasting Meghan Trainor, pretending like she’s in an indie movie. Don’t you dare tell Hillary that you were up studying late last night, because she was up MUCH later. She starts fights way too often on her grade’s Facebook page, and says it isn’t her fault that she was born a drama-loving Gemini.

Ted Cruz is like the boy who follows you on Instagram only to correct your grammar in the comments. His driving force in life is bitterly calling Hockaday a “daycare” when we have a free dress day. Ted may have only asked you to home coming over text, but that does not stop him from feeling unconditionally entitled to a Winter Formal invitation. In arguments, he plays the “I have more community service hours than you” card way sooner than he should and is not above heckling freshman singing at coffeehouse.

Luckily, Ted is being scouted by several Ivy League colleges but refuses to tell anyone which ones, for modesty’s sake. He also has a sweet side, and asks Hockaday girls on dates, but only brings them to Sonic and just talks about vaping, which he rarely actually does.

Bernie Sanders would constantly be in the Upper School Office for taking too many jabs at Terry Murray in his student council speech. He curses the College Board at every opportunity possible, even though he has never actually taken an AP exam, and instead chooses to sit alone at lunch to maintain his award-winning Tumblr account.

Though Bernie has been known to boycott school dances to stick it to the patriarchy, when he does attend, it is with a mysterious 25-year-old with a mustache. He was obviously the first to talk of FULL overthrow of the administration when we had to wear our uniforms on exam week. Most ironically, Bernie has an acclaimed magical power of finding stray cats and possums around the campus when no one else does.

In the end, politicians are just people, looking for loopholes in the Junior Flex program just like the rest of us. So confront that one Trump in your English class, or help out the Jeb who hosts the sober anti-homecoming party. The 2016 election will be a historical one no matter how you slice it, so make sure to not elect the freshman wearing a college sweatshirt.