An In-Depth Look at the New Teachers 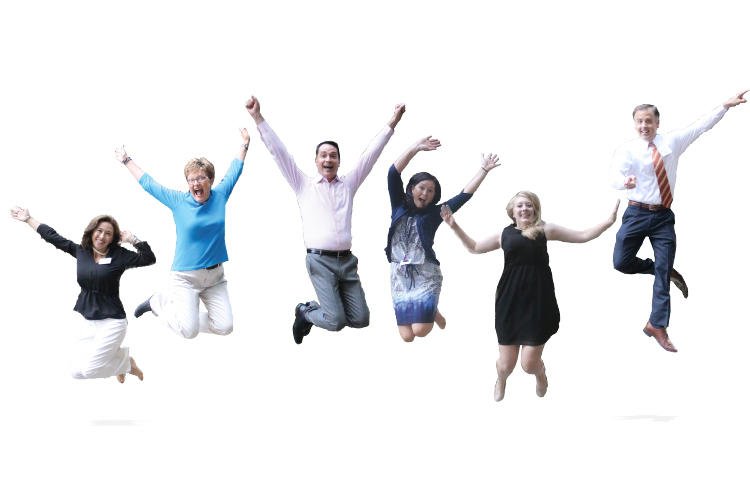 Location: In his office at his standing desk at College Counseling or Montreux, Switzerland

How he got stuck in a desert:  “We were visiting NYU Abu Dhabi, and they had taken us out to the desert for one of these gimmicky ‘dinner under the stars’—like camel rides and belly dancers. Our tour bus got stuck in the sand. We unloaded in the middle of the desert in the dark, waiting for another bus. We ended up finding a man who drove a school bus, who took us back to our hotel on the school bus. It was equally one of the funniest nights of my life and the most terrifying nights of my life.”

His Story: When Associate Director of College Counseling Micah Lyles isn’t dealing with distressed seniors, you may find him saying his favorite words “lechuga” and “seriously,” at the theater, shopping in Paris or winning spelling bees (he was a champion in elementary school two years running). Prior to coming to Hockaday, Lyles was a college counselor at Highland Park High School for 10 years.  Lyles says that his favorite part about being a college counselor, aside from when his students get acceptances, is when girls’ eyes light up after finding a school or major they like.

In his free time, Lyles enjoys baking and decorating cakes. He is currently perfecting the donut. In fact, if he weren’t a college counselor, he would be a pastry chef, interior designer, theatre designer or a set dresser for a theater.
Gary Stollar (Residence Department, Admissions, Middle School History/Social Studies, International Program Coordinator, History Teacher)
Quote: “What I like the best is being an administrator and teacher. I like the mix of helping the school towards its vision set its course but I also enjoy being in the classroom with students and teachers.”

Location: Freshman hallway, between upper and middle school or sleeping in a monastery in central China.

Ideal class to teach: History of the Future

He has also held a variety of positions ranging from teacher to department head to assistant head, assistant principal and acting head at schools in Boston, Memphis, Los Angeles and Tokyo.

Stollar’s list of fun facts is extensive. He was a police officer right out of college and went skydiving in California for his 20th wedding anniversary. His hobbies include hiking, skiing, reading, traveling and spending time with his wife (whom he met in sixth grade). You may also find him in Colorado, Washington and the Canadian rockies.
Candace Townsley (Academic Technology Integration – Upper School)
Quote: “Mac all the way.”

Location: room 219 in the LLARC or

Technology specialist Candace Townsley’s office is like no other. On one side, there are huge photographs of a few of the places she has visited—a roadside in Germany, the Parthenon in Greece, Colorado and the Grand Canyon. A Brazilian tapestry hangs near her door.

Another wall bears a poem that she heard over 30 years ago in an Apple commercial (you can find it at https://youtu.be/cFEarBzelBs). Surrounding it are pioneers of their own respective fields: Amelia Earhart, Albert Einstein, Steve Jobs and more. She takes this poem and pictures to all the schools she has worked at.

At first glance, you may not have guessed that her position entails helping Upper School students and teachers incorporate technology into the curriculum (think less Powerpoint, more Prezi). This position, new to Hockaday, will allow her to work closely in classrooms and with teachers to incorporate creative technology platforms other than Powerpoint into the curriculum.

On a more personal note, Townsley likes photography, plays the violin, cello and piano and likes to take apart Legos. She has twin daughters and has been a host mother to three foreign exchange students from Brazil, Norway and France. She still considers herself as their “American mother.”
Bethany Dies (Middle and Upper School English Teacher)
Quote: “I have three dogs, two cats and two chickens right now. It’s a zoo.”

Location: Past the freshman hallway near middle school or in Costa Rica

Favorite books: “A Tale of Two Cities,” “The Count of Monte Cristo” and “Pride and Prejudice”

When Middle and Upper School teacher Bethany Dies isn’t teaching English to seventh grade and Form I students, she is raising her three dogs, two cats and two chickens. In the past, she has been a French teacher as well as an English teacher. In college, Dies studied abroad in Paris during her junior year. In fact, her first education experience in the classroom was at a primary school there.

This is her 12th year of teaching. She has taught at a number of DFW schools, including seventh through 12th grade at a Catholic high school, humanities and English at a public school and college writing at UT Arlington. Dies has never taught at an all-girls school before; interestingly, she says that the biggest difference between teaching at an all-girls school and a co-educational school is the students’ humor.

In her free time, she performs animal rescue work, gardens, restores old furniture and travels. The last place she travelled to was Cuba this past summer. However, Tahiti and Costa Rica are her favorite.
Christine Sigurdsson (Upper School Math teacher)
Quote: “I’m having a very difficult time keeping the even versus odd days straight. I keep wanting to call ABCD even, no I mean odd. No, even. I want to call it even but it is odd.”

Prior to coming to Hockaday, she taught a variety of math courses, such as AB Calculus and Algebra II at Ursuline Academy. However, Sigurdsson was not always been a teacher. Before becoming one, she was a registered nurse in orthopedic surgery.

Math teacher by day, Sigurdsson is a kung fu master by night. She has had seven years of training. Currently, she has not had the time to keep up but wants to get her black belt. It is no surprise that she braved the Mo Pole.

Furthermore, Sigurdsson’s favorite movie is “The Fifth Element.” She says that as an ‘80s child, she likes ‘80s music and the alternative genre. Although she still has a bit of trouble with the odd and even day schedule, she is happy that her daughters stop by and say hello.
Kristen Olson (Upper School History Teacher)
Quote: “Okay, controversial opinion. I actually do not like animals.”

Where she can be found: history hallway or Whole Foods

Why she loves coffee: “I used to be a barista in high school. Not at Starbucks, at this mall coffee shop. I didn’t like coffee, but I just happened to be working as a barista. One day, I just woke up and went to work and was like, ‘I need black coffee right now.’ Because I was around it, I just craved it and now that is all I drink. “

Her story: Avid bagel fan and pimento cheese lover Upper School History teacher Kristen Olson worked as a stockbroker at an investment firm before she decided that she wanted to teach. She is currently finishing her Masters in Education at SMU.

Last year, Olson worked as a substitute teacher for both Middle and Upper School at Hockaday. Now she teaches AP Economics, world history and government. Her favorite economics graph is the aggregate supply aggregate demand graph. Meanwhile, Olson’s favorite moment in history is Adam Smith’s publication of the “Wealth of Nations” in 1776 which crosses history and economics.

Olson’s hobbies including watching movies as well as doing yoga. Her favorite movie is “Love Actually.” When she goes out to eat, she likes to try different restaurants. In fact, the strangest thing she has tried was pig’s ear in Spain a few years ago. She describes it as being very chewy. After that, her pork consumption decreased.

She is getting married in December.