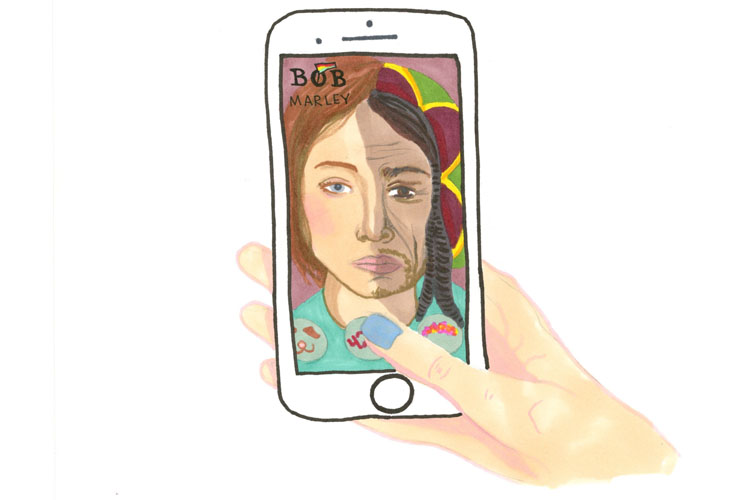 Whether it’s first thing Monday morning or before a fun-filled weekend with friends, millennials are known for pulling out their phone and responding to their Snapchats. While taking snaps seems like a harmless source of entertainment, it has become a part of our everyday culture, and not necessarily a part that is admirable.

To fully enjoy using Snapchat, the filter and geotag are crucial. With a quick tap or swipe, one can transform into anything from a hungry mouse to Donald J. Trump himself.

This was a smart, calculated political strategy; however, it also says something about social media and its impact on our generation. By referring to Clinton as “Crooked Hillary” while Trump’s full name was used, the Trump campaign attempted to put Trump in a high esteem while it slandered Clinton’s reputation as a credible leader. Trump’s method of attack exemplifies how significant the power of social media, particularly Snapchat, has become recently. It has reached its peak of success to the point where the line between appropriate vs. inappropriate has become hazy.

But Snapchat’s controversial filters are not new. Another example is the one when, on April 20, the social media app released a limited edition filter with which people could transform into the late reggae icon Bob Marley.

Soon after its release, outraged users complained to Snapchat, accusing the company of creating a blackface filter, which opened up a heated discussion in the media about cultural appropriation.

Snapchat immediately responded, ensuring everyone that the lens was created with approval from the Bob Marley Estate and that its purpose was to honor him, not defame him. Users, however, criticized Snapchat for associating Bob Marley and his face with the date known to everyone as “National Marijuana Day,” which, coincidentally, falls on April 20.

I distinctly remember this filter. While I don’t think Snapchat intentionally released it in hopes of sending out a controversial political message, the lens definitely had offensive implications.

Issues like these need to start being taken with more heed. While the motivation may be harmless, the impact isn’t. Social media characterizes the 21st century, which means we all need to fully understand the effect it has.

While taking selfies or uploading pictures on Instagram or Facebook in hopes of getting likes seems vain at most, social media is powerful, and it needs to be used in a respectful way that does not deride or defame.

Snapchat has also become well-known for its stories feature, where users can watch what people all around the world are up to. Stories also include quick access to daily updates from popular magazines such as Cosmopolitan and People. Just like all social media platforms, Snapchat has made it easy for anyone to access information regarding just about anything.

While the utilization of media in publicizing and promoting events and public gures is e ective and bene cial in some cases, the offensive misuse of social media is not excusable.

And so, next time you open up your Snapchat, rather than face swapping with Kanye West and posting a video on your story of your impersonation of him, perhaps opt for the more generic dog filter.