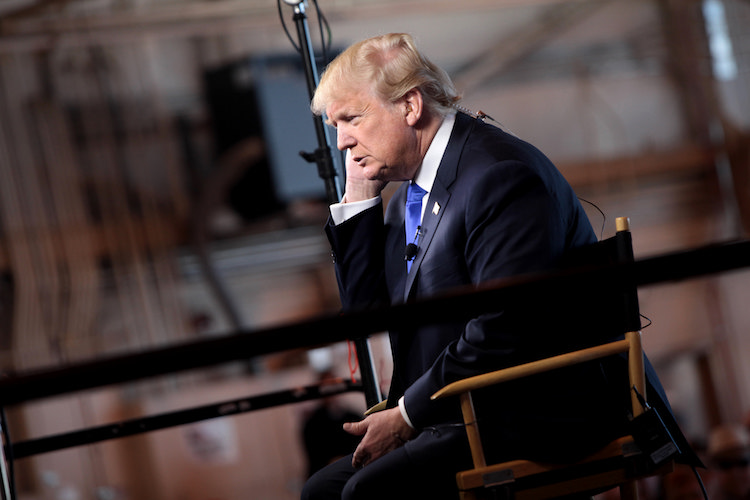 I think many people in both parties and the media really misread the temper of the times. Frankly, I was not enthusiastic about either candidate. But I think Trump, for all his faults, managed to make a connection with a large group of working- and middle-class Americans who feel left behind by both of the major parties and the mainstream culture. No, all of Trump’s supporters are not necessarily “deplorable” nor “irredeemable” – a statement Hillary made that did her a great deal of damage with the middle- and working-class voters she and the Democrats claimed to represent.

Yes, Trump brought some our darker prejudices into the mainstream (although that’s already been happening on social media – actually, Trump is more a symptom of that than a cause), but many of the people who voted for Trump are not merely prejudiced. They’re also people who’ve been losing good jobs, their retirement savings, and their homes either because of the recession or the large-scale effects of rapid technological change and economic globalization. From the Bush administration through Obama’s, neither party has seemed to genuinely care about them or their needs. They live in the so-called fly-over states, many in rural areas rather than urban, whose economies have been hit severely. They’re tired of being vilified as bitterly hanging onto their Bibles and guns, as Obama referred to them in 2008 in a speech to Silicon Valley executives. They’re tired of having their interests and beliefs and needs either ignored or mocked by the coastal elites. They’re tired of sending their sons and daughters to fight and perchance to die in seemingly endless wars in the Middle East. And, because no legitimate political solutions have been offered to them, because in many cases they have succumbed to fear for their future, they have taken up the flag of nativism, concerned that unchecked immigration is going to further drive down their wages and diminish their economic opportunities.

And what do they see when they turn on their televisions? They see a rash of comedian-hosted “news” programs that make their jokes and their money at their expense. These popular shows often mock their lifestyles, their religious beliefs, their culture, and the very places where they live. It all seems very funny if you’re a wealthy privileged urban- or suburbanite. But how do you feel if you are family living in fly-over America trying to raise three kids on $40,000 a year, probably from multiple part time jobs because the good jobs are gone? How do you feel if you do read the Bible and go to church on Sunday? If you’re a responsible gun owner who enjoys hunting and recreational shooting? When politicians either ignore these folks or take their votes for granted and the popular culture sees them as targets of ridicule and derision, should we really be so surprised at their anger and sense of alienation? Should we be surprised when they hear a message of hope in Trump’s protestations about the flagging economy, politics as usual, and the corrupt media?

Trump’s populist bluster and bravado speaks to them for this reason – as Bernie Sanders’ anti-corporate populism spoke to some of them – but again, only because neither of the establishment parties have made any real attempt to address their concerns in a legitimate and sincere way. Hillary, as well as the Republican candidates that challenged Trump for the nomination, only seemed like more of the same. And the cloud of corruption that has surrounded the Clintons since Bill was governor of Arkansas as well as her lack of transparency, her manner of appearing to hold herself above the law, hurt her even more. The Democrats, in my view, would have been better off and might have even won the election had they selected Elizabeth Warren or Joe Biden, who have honest and sincere populist bona fides. But instead, the Democratic Party selected a flawed candidate who better represented the very urban elites and

politicos that Trump supporters, rightly or wrongly, see as the source of their precarious economic and social status.

And rather than try to understand who these folks were, what their concerns were, and reach out to them, both parties and the mainstream media mostly just mocked them as “deplorables,” white trash, or under-educated (and yes, many of them lack college degrees – they were never able to afford to go to college. Should that exclude from the nation’s political debates?). And yes they are mostly white, but because of their lower economic status, they could not be considered privileged in the way that wealthy urban and suburban whites could be. This is why so many pundits and prognosticators got the results of the election so wrong.

Politicians and pundits need to get out of their cushy Washington-NY-Los Angeles offices and actually talk to these folks in a sincere and meaningful way. Being locked in their hermetic echo chambers, the political class heard only its own self-congratulatory memes, and either couldn’t or refused to hear the uproar in rural, blue-collar America. In a piece for The Guardian Liberal political analyst Thomas Frank had this to say:

Put this question in slightly more general terms and you are confronting the single great mystery of 2016. The American white-collar class just spent the year rallying around a super-competent professional (who really wasn’t all that competent) and either insulting or silencing everyone who didn’t accept their assessment. And then they lost. Maybe it’s time to consider whether there’s something about shrill self-righteousness, shouted from a position of high social status, that turns people away.

The even larger problem is that there is a kind of chronic complacency that has been rotting American liberalism for years, a hubris that tells Democrats they need do nothing different, they need deliver nothing really to anyone – except their friends on the Google jet and those nice people at Goldman. The rest of us are treated as though we have nowhere else to go and no role to play except to vote enthusiastically on the grounds that these Democrats are the “last thing standing” between us and the end of the world. It is a liberalism of the rich, it has failed the middle class, and now it has failed on its own terms of electability. Enough with these comfortable Democrats and their cozy Washington system. Enough with Clintonism and its prideful air of professional-class virtue. Enough!

It may sound harsh, but I think he’s hit the mark. Look at the poor polling numbers for Hillary among blacks and Latinos, groups she should have had a lock on, that should have carried her to the magic 270. They were uninspired and underwhelmed by her even when facing Donald Trump. Many, apparently, simply stayed home. With this election, the political class on both sides of the aisle and in the media have learned that there is a price to pay for not taking the fly-over population seriously.

But that may point toward what good may come of this election. The media and political elites, whatever their politics, are going to have to do some serious soul searching now. Both parties can no longer afford to take their constituents for granted, and the media is going have be less tied to their computers and statisticians, and actually get out there and talk to real, live Americans instead of making broad and misguided assumptions based on their incestuous ties to the coastal elites.

And the same is true for the voting public who backed Hillary. Massaged by the echo chambers of social media, too many well-meaning liberals heard only what they wanted to hear from their Twitter accounts and filtered facebook feeds. Additionally, consuming a regular diet of the favorably slanted comic “news” programs that demonize and ridicule the opposition served to similarly reaffirm their viewers’ existing prejudices and elicited an unwarranted confidence in a huge Clinton victory. Again, this is why they, like the pundits, were shocked and dismayed by Hillary’s loss. Those of us with a more varied diet of news and information and who actually listened to those who supported Trump saw that his candidacy was about more than hatred or bigotry. Frankly, I often had the gut feeling that Trump was going to surprise everyone on election day.

The issues here are far more complex than simply calling half of Americans racist misogynists. It’s that kind of simplistic thinking that has put both parties into the current predicament. Both parties are going to have to embrace an even broader diversity of experience and thought than they do now. The media need to work harder to hear the voices of all underrepresented Americans, not only those favored by current fashion. And responsible voters will need to do the same, lifting their heads out of their social media bubbles and engaging with the very real people who don’t necessarily share their class or culture.