A Feast to Remember 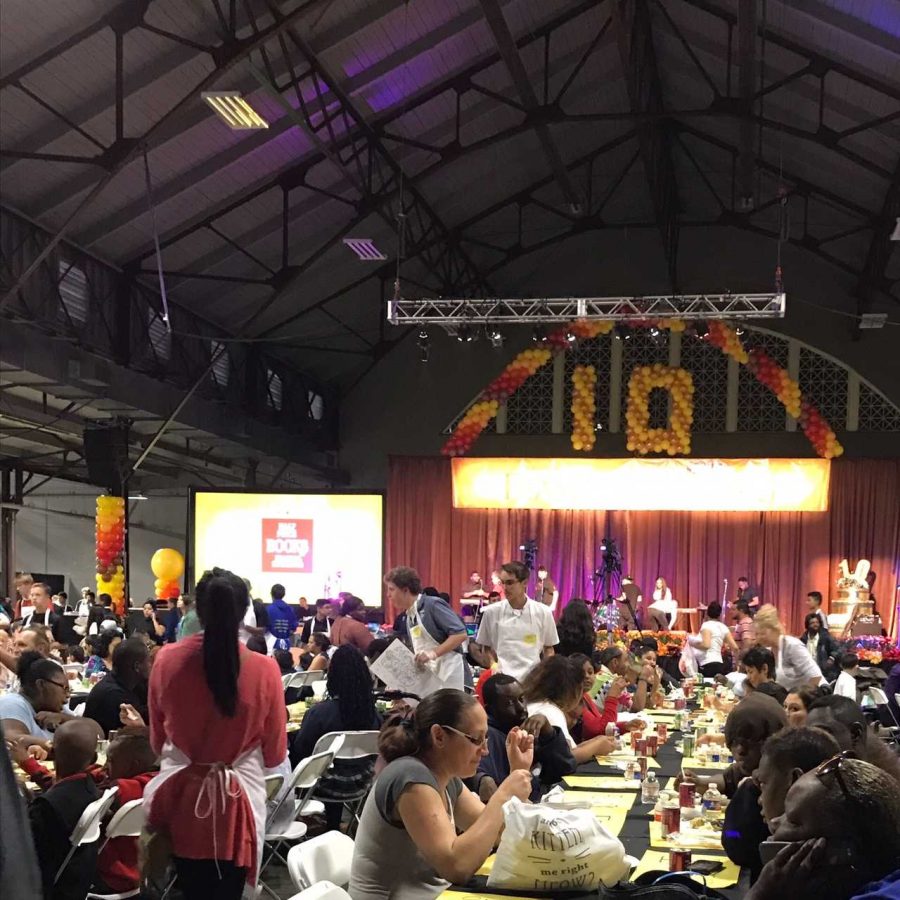 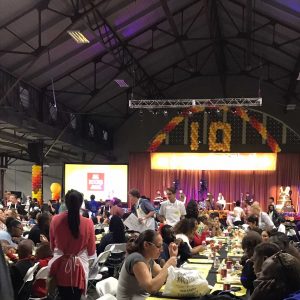 Three thousand pounds of sliced turkey, 750 pumpkin pies, 380 gallons of mashed potatoes and 250,000 empty stomachs. Thousands of Dallas’ homeless people filed into Fair Park on Nov. 10 to enjoy a night of live music, dancing, face painting and an unlimited supply of Thanksgiving food at this years Feast of Sharing.

HEB’s Central Market, a Texas-based gourmet grocery store, provided food for the event, in an attempt to battle hunger around Texas. Nine chefs worked in mobile kitchens to produce enough food for each family to have their own personal feast.

Laura Day, Hockaday’s Dean of Service Learning, said that Hockaday and St. Mark’s were among the first groups to volunteer at this event 12 years ago, before the event catered to the thousands it has been able to serve in recent years.

Twelve years ago Howard E. Butt, father of Hockaday alumna Shelby Butt, reached out to Jeanie Lobby, former Hockaday Dean of Service Learning, to encourage Hockaday to participate in the event. Since then, Hockaday and St. Mark’s students have continued to contribute as the event grew to accommodate 250,000 of Texas homeless with about 1,2000 volunteers at each event. 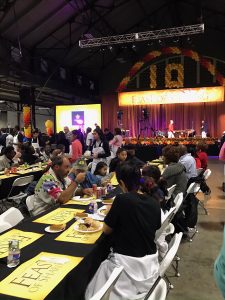 “This year, my favorite part was how easy going they were [Central Market employees] about how much food they gave to people,” Day said. “Their instructions to us as volunteers was to give them [the homeless] as much food as we wanted, truly in the spirit of a feast.”

Fifty Hockaday and 50 St. Mark’s students volunteered at the event this year serving food, painting faces and dancing with many families who don’t often get to experience a carefree night of feasting and fun.

Junior Elizabeth Raff, member of the Hockaday community service board, volunteered at the event for the first time this year and found her experience very meaningful. As she painted rainbows and butterflies on smiling faces she had an opportunity to talk to people and learned about their lives.

“I think it [the Feast of Sharing] is really important because it’s one of those events that’s about coming together as a community,” Raff said. “It’s a little thing we can do to make other people really happy.”

Similar to Raff, senior and head of the education committee Carolina Campbell finds this event meaningful and is always one of the first to sign up to volunteer. Campbell has attended for the past four years and every time she participates she gets to know the people she serves.

“It’s one thing to serve them their meals and another to see the impact that you are having on their lives when you really get to know them,” Campbell said. 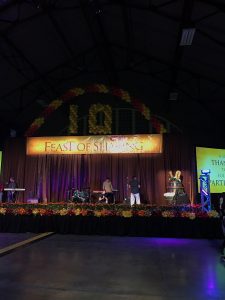 To end the night, dozens of families crowded the dance floor, sang their hearts out and danced to the beat. Volunteers including Campbell, reached out to the younger ones afraid to enter the dancing mob, and helped them weave their way into the center of the dance floor. Hand in hand, Campbell and her four-foot- tall partner bounced to the beat until the very last song.

Not only does Campbell see this event as an opportunity for forming new relationships, but she also sees it as a way to spread awareness about the poverty plaguing many in our community.

“I think events like these are really important because as a city we do have a big homeless problem and volunteering can really bring awareness to that,” she said.