A Fantastic Beast of a Film 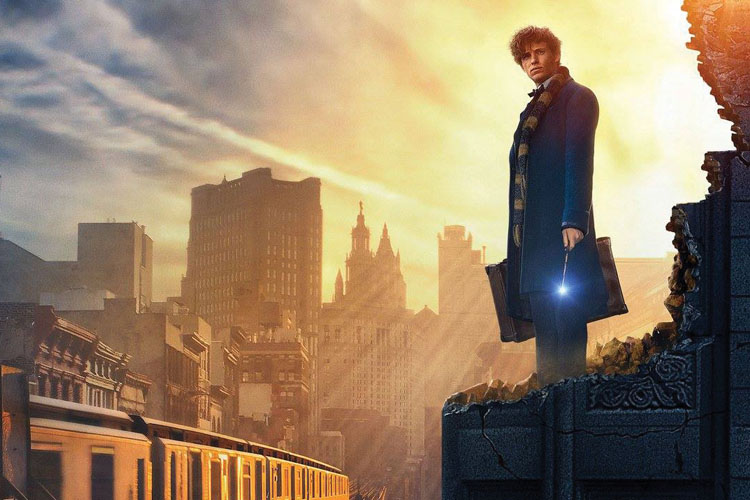 I have to admit: when I walked into the theater to see the latest installment of the Harry Potter movies, “Fantastic Beasts and Where to Find Them,” I was a little concerned about the movie I was about to see. As a die-hard Potterhead, the mixed reviews of the movie that I’d heard from friends were enough to make me wish I could cast Protego to shield me (too soon for a spell joke?) from any storyline missteps.

By the time I emerged from the dark theater a couple hours later, however, I knew firmly where I stood: I was ready to cast the Accio charm to summon the rest of the “Fantastic Beasts” trilogy (I can’t stop with these references. I’m so happy Harry Potter is back.)

Set in New York 70 years before the popular “Harry Potter” books and films, “Fantastic Beasts and Where to Find Them” focuses on wizard Newt Scamander—picture a very young Charles Darwin with a wand—played with a heart-warming idealistic world view by Oscar-winner Eddie Redmayne. He brings along some magical beasts who cause some chaos in a Muggle bank, roping would-be bakery owner Jacob Kowalski (Dan Fogler) into a wild chase to hunt down the creatures. Caught in the act by magical investigator Porpentina Goldstein (Katherine Waterston), Scamander must evade American wizarding forces who want nothing to do with him or the gentle creatures he tries to protect. All in all, the movie is a nostalgic romp through 1920s New York and through J. K. Rowling’s incredible wizarding world.

That’s not to say that “Fantastic Beasts” is a perfect movie; it isn’t. The glossy metallic landscape shots are sometimes a bit gratuitous and there are about a half-dozen plot holes left by the time the credits rolled.

I would also have loved a couple more references to familiar Potter names, though there were shoutouts to Albus Dumbledore, already a magical grandpa 70 years before Harry’s storyline, and evil warlock Gellert Grindelwald, that slightly reaffirmed my knowledge of the magical world.

There was something about “Fantastic Beasts,” though, that really spoke to me. I’m not sure how to pinpoint Warner Brothers’ target audience—I’d guess anyone with a ticket—but in my heart of hearts, I know who the movie is meant for.

Those of us who grew up with Harry Potter—who used bathrobes as wizarding robes, who had at least one Hogwarts-themed birthday, or who got sorted on Pottermore, whether or not they agreed with the website’s final ruling (as a Slytherin, I’m still bitter over being sorted into Gryffindor).

“Fantastic Beasts” is ideal for those people. “Beasts” accesses its audience’s inner second-graders, perfectly content at giggling at people getting stuck in charmed suitcases and even more content to stare wide-eyed at the incredible CGI magical creatures.

“Beasts” is basically the wizarding movie for the millennial. Though Harry Potter certainly had tough times, Beasts” fully harnesses a gritty-dark vibe. Whether it’s with greyscale coloring or with themes approaching more adult than those in the original eight “Potter” films, “Beasts” is a children’s movie for young adults—the same young adults who grew up side-by-side with Harry.