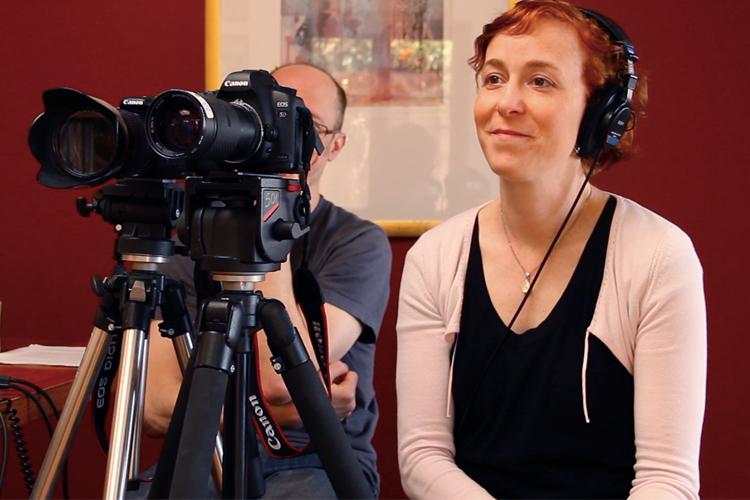 During the weekend, after an intense week of school, many Hockaday students might be found browsing Netflix, looking to find some rest and relaxation. What they may not be expecting to find, however, is the work of a Hockaday alumna in the documentary category.

With the help of FilmBuff, a company that distributes independent films and documentaries around the world, filmmaker and director Suki Hawley ‘87 and her film company, RUMUR, was able to add their documentary “Who Took Johnny” to the ever-popular streaming website’s repertoire. But this acclaimed documentary is just one of eight works directed and edited by the filmmaker.

Interested in film since her high school years, Hawley began her editing career at Hockaday with the difficult non-linear video editing system. She was part of a video class taught in part by current Head of Fine Arts, Ed Long, in the 1980s.

“It was very unwieldy, but at the same time it was very disciplined and trained people to make their selections carefully and their timing carefully,” Long said about the non-linear editing system.

Although the system was tricky to use, this advanced technology was rare at the time, and Hockaday was one of the few schools in the area that had it on campus, a feature of the school that Hawley found to be vital for her experience. The alumna’s initial pull to film had been her love of video games, and once she was exposed to Hockaday’s editing system, she decided on a career in film.

“Had Hockaday not had that equipment so early, I might not have found that calling,” she said.

Hawley first showed interest for documentary in her video class, but also enjoyed making music videos. Long described the video department at the time “freewheeling,” and allowed the small group of students to work on whatever project they chose.

“It was really freeform, and it was kind of exciting because all of the other classes were so structured,” Hawley said.

Hockaday’s video class at the time did, however, have a defined project: a video magazine called “Montage.” Comparable to “Vibrato,” “Montage” was a collaborative video that any student could contribute to. This long-term project was displayed to the school and shown at ISAS Arts Festival.

After graduating from Hockaday, Hawley attended Wesleyan University, where she majored in Film Studies. Film directing, Hawley explains, is a difficult career to begin, as “there’s no obvious ladder to climb.” She believes that since there is no clear-cut path to follow, an aspiring filmmaker should simply begin.

“Often the best way to do is to just do it—make a short film or or some other film and put it out through festivals or online,” she said.

Hawley has led an active career in filmmaking and has created and directed eight films with her film studio, RUMUR.

The Brooklyn-based company consists of Hawley, her husband Michael Galinsky and their partner David Beilinson. The three collaborate to create their films, but each has a certain job particular to their skill set. Hawley’s primary task is long-term editing, and thus she and Galinsky, who shoots footage, work closely.

“We have kind of a hunter-gatherer relationship where I go out and hunt and gather and she makes sense of it,” Galinsky said.

In accordance with her interests while at Hockaday, Hawley’s preferred style of film is documentary, as she appreciates the ability to tell the story of a subject’s life through the medium of film.

“Characters are what drive me and tell me stories emotionally that convey how interesting human nature is. Once you get involved with shooting a character, then you get so much more involved in their lives and interested in telling their story and conveying what they’re going through,” Hawley said.

And Hawley finds that Hockaday’s influence on her career stretches farther than simply early exposure to film editing. She finds that the rigor and structure of Hockaday help her in structuring documentaries and films. Being taught critical thinking skills at a young age has helped Hawley to take a non-partisan approach to filmmaking, a rare quality in many modern documentaries.

“Being a filmmaker, I think it’s important to step outside and see things as a whole from a bird’s eye view, and be able to translate that both emotionally and factually through the medium of storytelling,” she said.

Hawley recognizes and remembers the difficulties that filmmakers face in beginning. She advises any aspiring filmmakers to persevere and continue to push for the career they want.

“It’s all based on you sticking to it and figuring out what works best for you and your skill set,” Hawley said.