Deal With It: Donald Trump’s Rise to the Presidency 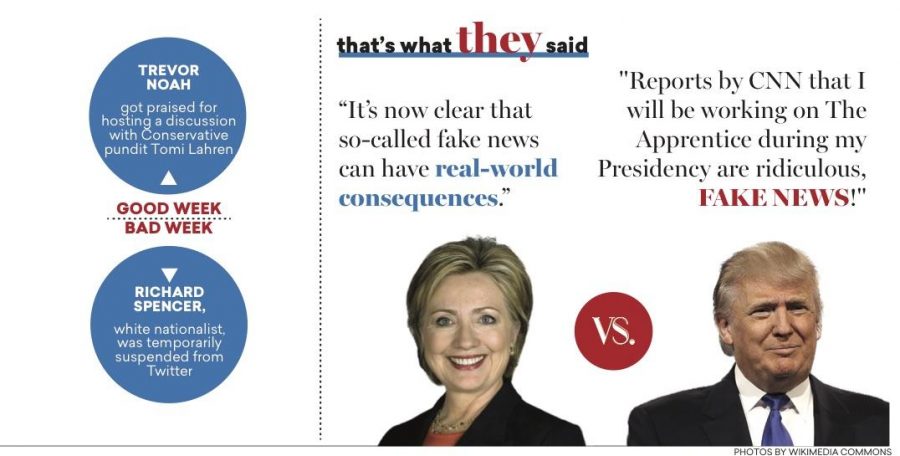 Let’s face it. Donald John Trump is going to be our 45th president. He will be the most powerful man in the world for the next four years, whether we like it or not.

Several of his picks are quite controversial. Alt-right conservatives and white supremacists rejoiced at the pick of Bannon as chief White House strategist. Previously, Bannon served as chairman of a conservative news organization, Breitbart News, which has close ties to racist, anti-semitic and misogynist parts of the Internet. Breitbart describes itself as “anti-establishment,” yet ironically enough, Bannon will now be working in the establishment.

On the other hand, Trump appointed Reince Priebus, the Chairman of the Republican National Committee and the epitome of the establishment.

President-elect Trump’s decision to make these two appointments is very strategic. One man serves as the rising populist side of the Republican party while the other voices the concerns of the establishment. This contrast between the two allows Trump to hear both sides before he can make a decision.

I understand the strategies behind this decision. However, what I disagree with is the idea that anyone who is so closely associated with racist, anti-Semitic and misogynistic ties can be such a close adviser to the president. What kind of message does this send to the people?

These aren’t the only controversial picks. Flynn has called Islam itself (not radical Islam) a threat. During the campaign, he sent out a tweet saying, “Fear of Muslims is Rational.”

How can we trust a man who associates Islam with a threat? How can the person who is supposed to protect the ENTIRE nation do his job if he excludes an entire religion? Not only has he identified Saudi Arabia, a long time ally, as a threat, but he calls Russia, who the U.S. has blamed for invading Ukraine, at worst an “exaggerated threat” and at best, “a potential friend.” Oddly enough, this view contradicts both senior defense officials from the U.S. intelligence community in general.

Each of us has our voice, our opinions, our experiences that allow us to choose the way we want to think about this election. And we are entitled to that. We are entitled to having our own opinions. Many of us have strong views.

Sophie Theallet, a French designer who has dressed First Lady Michelle Obama, tweeted a letter explaining why she will not do the same for Melania Trump: “I will not participate in dressing or associating in any way with the next First Lady. The rhetoric of racism, sexism and xenophobia unleashed by her husband’s presidential campaign are incompatible with the shared values we live by.”

What can we do now? Move on. Deal with it. Speak out.

Please don’t let this election bring us down. We are better than that. I know this may be scary, but we can get through it. We always have. And we always will.