‘Tis the Season to Embrace Diversity 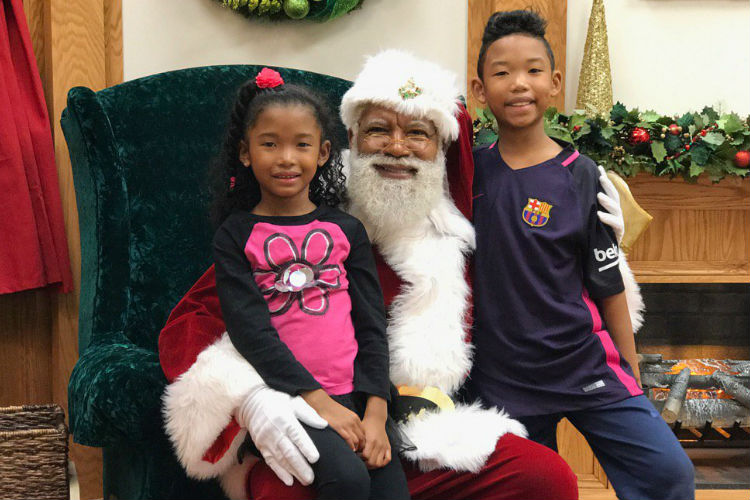 Think about Christmas for a minute. You may associate the holiday with mistletoe, gingerbread, reindeer, and Santa— a jolly, bearded, white Santa.

The image of a white Santa Claus is historically inaccurate. Although Santa is a fictional character, his roots can be traced back to St. Nicholas, a bishop born in 270 A.D near Patara, Turkey. According to National Geographic, the flushed, old, white man portrayed by many western countries today, including America, England, Germany, and the Netherlands, is actually supposed to look like this… 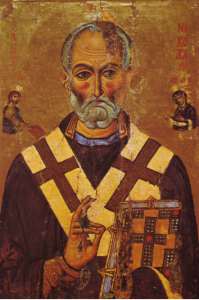 So if the original Santa wasn’t a white man to begin with, why do some Americans have an issue when a person of color dresses in a red suit and slings on a bag full of presents to go make kids happy?

Recently, the Mall of America in Bloomington, MN welcomed army veteran Larry Jefferson as its first African American Santa. According to Jefferson, he was treated like a “star” at the mall, but he faced some backlash online. Those opposed to seeing a colored Santa took to the comments section of the Minneapolis Star Tribune to express their concern, forcing the news outlet to disable all comments.

“Looks like we had to turn comments off on story about Mall of America’s first black Santa. Merry Christmas everyone!” Star Tribune editorial page editor Scott Gillespie wrote.

Jefferson overlooks these hateful comments, however, as the nature of his job is more than satisfactory for him.

“The folks posting the hateful statements about “Protesting and Boycotting” Mall of America are “Grinches” trying to steal the Joy of Christmas from those who choose to celebrate and honor Christ’s Birth,” Jefferson said.

Jefferson continues his seventeen-year gig as Santa Larry. When he first put on a Santa costume in 1999, it never crossed his mind that the color of his skin would offend some people. Despite discovering otherwise, he persists in his ambition to make others happy.

“I started volunteering, played Santa for many years along the way to include at the Stew Pot downtown Dallas, friends, military units, family and thought, this is so much fun.  After retiring from my 2 jobs, I decided to jump in full time and work on my Santa business,” he said.

A colored Santa not only provides happiness to kids from all walks of life, but the gesture also increases representation, which impacts underrepresented groups.

Amazing day at @mallofamerica capped by a visit with #SantaLarry, who is kind, engaging and thoughtful! ?? pic.twitter.com/iHyVN9eaJA

Hockaday junior Lauren Puplampu and her family have always celebrated Christmas with an African-American Santa.

“Maybe its because we’re African-American, but the only Santa I knew as a kid was black,” she said.

Although Puplampu is comfortable with her family’s Santa, she mentioned that her brother feels otherwise.

“I think he’s really influenced by people outside the house, and whenever he sees the Santa at home, he comments about how it isn’t right and that Santa should be white, because that’s what he sees everywhere he goes,” Puplampu said.

Similarly, junior Sarah Mathew was not comfortable with a non-white Santa during her childhood. After being exposed to a colored Santa in a movie, Mathew realized the importance of representation.

“If I had seen a colored Santa as a kid, I wouldn’t have found it odd when I saw him for the first time on TV. I think representation is important so everyone can have a public figure to relate to,” she said.

Though the debate of white Santa versus colored Santa is still in the minds of many Americans, a Business Insider survey shows that the seventy-three percent of U.S citizens agree that Christmastime is about happiness, celebration, and inclusion. Jefferson agrees with this sentiment.

“The holiday is not about Santa or Black Santa, it’s about us Celebrating Christ’s Birth…so let us honor him and all celebrate together….” he said.