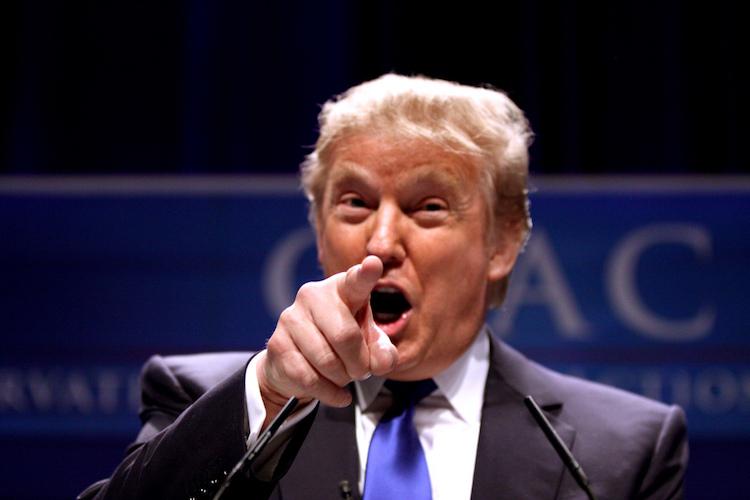 Imagine you’re sitting in a quiet place, possibly the library or a movie theater during a quiet, emotional scene. Suddenly your focus is interrupted by the blaring alert that only sounds when Donald Trump has sent you a message. Similar alerts are heard from cell phones around the room.

This is a scenario that many Americans fear will become a reality after seeing headlines declaring that president-elect Donald Trump will be able to send texts to everyone in the United States upon taking office on Jan. 20.

However, Trump will not be the first president to have the power to send texts to all Americans.

In 2006, the Warning, Alert, and Response Network Act (WARN) was passed, establishing wireless emergency alerts (WEA) for Americans. There are three types of WEAs.

All of these alerts can be disabled except for one; presidential alerts. President Obama set a precedent by not issuing any presidential alerts during his time in office, but some are concerned about the repercussions if Trump does not uphold this precedent.

Stephen Colbert of the “Late Show,” jokingly addressed the situation on his show on December 1 but the humorous segment tinged with serious concern from Colbert.

“Here’s the deal, you legally don’t have to follow his tweets, you can unfollow Trump, delete Twitter, go into the world, live your life,” the “Late Show” host said. “But the bad news is, starting January 20, Donald Trump can send unblockable mass text messages to the entire nation.The only person I would trust less with that technology is Anthony Weiner.”

Colbert is not alone in his concern. Head of the Hockaday Young Independents Club, Senior Maryam Boulori, has expressed worry.

“I feel like they’re going to be unhelpful and extraneous. In my opinion, an invasion of my personal life,” Boulori said , “I don’t think Donald Trump would use the updates responsibly.”

Boulori expressed concern that Trump might use the texts to push his own agenda or promote propaganda.

“He might use the texts to critique different people or news outlets who speak against him,” Boulori said.

However, Upper School history teacher, Tracy Walder,  believes the story is being blown out of proportion by many news outlets.

“I don’t think this is worrisome. I looked at the websites talking about it and they’re very questionable,” Walder said, “They’re not your conventional news sites and a lot of the stories are written by conspiracy theorists who think the government is spying on them.”

Grace Lowry, a junior who identifies politically as an independent, believes that the story is being misreported.

“I think the media is finding a tiny thing and sensationalizing it,”  she said, “They are profiting on people’s ignorance or lack of information and running the story because it will get clicks and people will talk about it.”

Walder also believes it is important to remember the purpose for WEAs from the president.

“The thought behind the program is to warn Americans of an imminent terrorist attack.” said Walder.

She believes people’s concerns stem from both the fear of having their privacy invaded and from seeing Trump’s behavior online and in real life.

“People worry about the government taking over and pushing through text messages,” Walder said, “People are worried about him sending hateful messages, but it’s no different from what we see on the news.”

Walder thinks that if Donald Trump did begin sending frivolous texts, the only way they could affect Americans would be if they let them.

“The only way I could think of how they could effect people would be if they take time out of their day to read the texts,” Walder said, “I don’t think overall they would have much effect on Americans.”