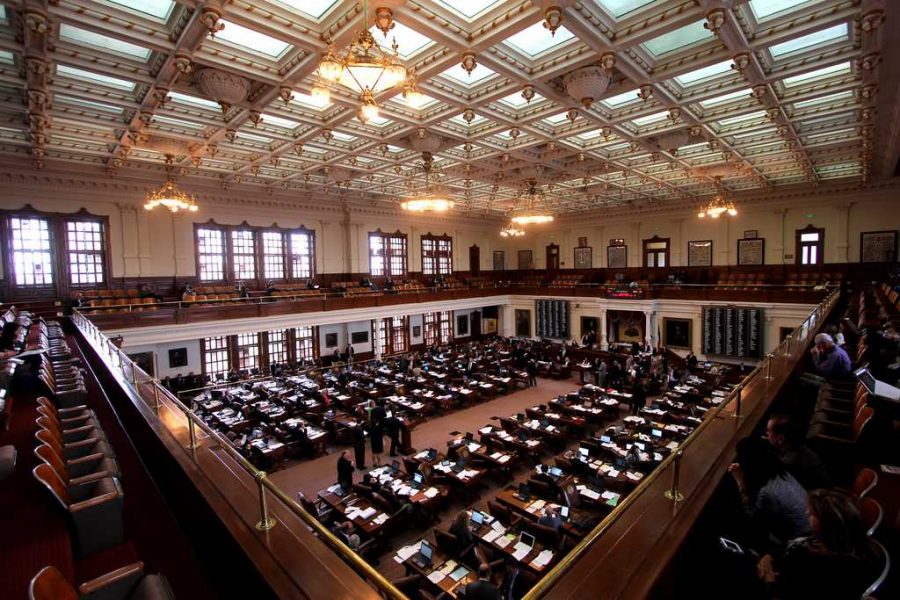 On Jan. 5, Texas Lieutenant Governor Dan Patrick and state senator Lois Kolkhorst introduced Senate Bill 6, requiring all citizens to use the bathroom of their biological sex in public facilities. The two filed this bill in order to “keep men out of the ladies’ room,” according to Patrick.

However, LGBT groups, business interests and law enforcement have stated their opposition to the bill due to its civil rights violations, lack of effectiveness and cost of implementation.

Hockaday senior and co-president of the Gender and Sexuality Awareness (GSA) club, Sabah Shams, has acknowledged the potentially harmful impact of this bill not only upon the LGBT community at large but also upon the Hockaday community. For transgender citizens, Shams points out that being forced to use the bathroom of the gender they do not identify with “is like a blow to your identity in a way which can be incredibly taxing to mental health, self-esteem and self identity.”

Businesses have taken note of the legislation as well, drawing connections to the North Carolina’s House Bill 2. Vice president of the Dallas Regional Chamber Darren Grubb stated, “we oppose any legislation that is discriminatory and makes Texas less attractive when competing for businesses or talent.”

Grubb and other business leaders do not want to follow the path of Charlotte, which has experienced great opposition from those ranging from pop culture figures to major banks. For example, Demi Lovato, Nick Jonas and Bruce Springsteen all cancelled concerts in North Carolina following the bill, costing approximately $200,000 in ticket sales. Furthermore, Deutsche Bank and PayPal dismissed their plans to expand their organization in the state, and NCAA moved college athletic championship games as well.

Similarly, a study conducted by the Texas Association of Business in December of 2016 reported that this bill could cost the state $8.5 billion in lost revenues.

While in previous years this legislation may not have caused such an uproar, Shams has seen a shift in business opinions towards the LGBT community in recent years as the American public has become more accepting of the community.

“Just a few years ago, you never saw these many companies out in the open saying ‘hey we support the LGBT community,’” Shams said.

Civils rights activists and corporations are the not the only organizations to oppose this legislation. Law enforcement officials, both nationally and in Dallas, question the necessity of this legislation, noting that it is already illegal to assault in the bathroom or any other location.

Dallas police officers particularly do not understand the relevance of this bill, especially in light of the recent police shootings.

Kevin Lawrence, the executive director of the Texas Municipal Police Association, told the Dallas Morning News that “law enforcement have more pressing issues than that.”

Aside from the practicality of enforcing this bill, police have also doubted the need at all for any similar legislation due to practically inexistent history of transgender citizens abusing NDO laws to assault people in the bathroom.  For the last 35 years in which NDO laws have existed, only one case has been recorded of a person sexually assaulting someone in a public bathroom, and this incident occurred in Canada.

In response to this legislation, groups, such as Hockaday’s GSA club and similar clubs across Texas, have voiced their outrages through calling senators to encourage them to vote against the bill.

One example of such behavior occurred in Richardson Independent School District. Elizabeth Hampton, the president of J. J. Pearce High School’s GSA club, organized the LGBT community in her school, read the bill aloud and had all the members of the club write to their local representative.

“After being educated on the bill, everyone present at the meeting became shocked,” Hampton said.

While the bill, if passed, would have no authority over Hockaday and private institutions, Hampton fears the impact it could have on her public high school. Currently, it is a common practice for transgender students to use the bathroom of their choice, and she cannot imagine a reversal in this policy.

However, in the meanwhile, the bill remains in committee and has a low likelihood of passing due to the powerful business lobby that has the ear of the Texas Republican party.