Are We Ready for Robocop? 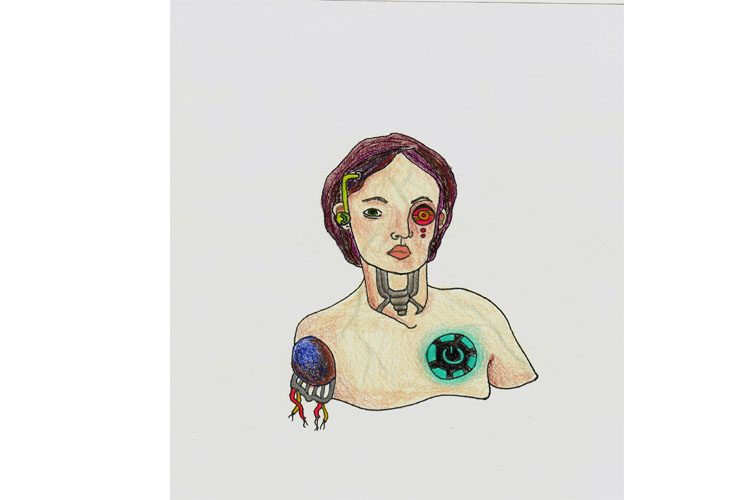 When it comes to science, it seems that the human race is consistently stuck in a paradox—we yearn to advance, yet simultaneously fear change. From horrifying tales like Mary Shelley’s “Frankenstein” to real modern-day genetic engineering, people have been debating for centuries over whether or not we are asking our scientists to “play God.”

Movements like transhumanism are gaining momentum, with advocates arguing that technologies to improve us psychologically, intellectually and physically should be developed and made available for use. In today’s world—where it seems as if groundbreaking new technologies are being invented on a daily basis—it’s a debate that is more important than ever.

I’ll be honest: when I first heard about transhumanism, I was puzzled. Do we really need a movement to advocate for developing science to improve ourselves? I mean, isn’t that kind of the point of science? We’ve been using science to overcome our limitations since the dawn of civilization—increasing lifespans, strengthening immunity, etc.

At first glance, the idea that we’re somehow wrong for wanting to improve seemed ridiculous. According to the University of California, Berkeley, the life expectancy for a man in the year 1900 was around 46 years. Would opponents of transhumanism say that by increasing that number to 78.8 years in 2012, we did something unethical?

But as I pondered, I came to realize why transhumanism is so controversial. If we’ve learned anything in the last century, it’s that there are virtually no limits to what we can achieve with science. That’s what’s so problematic—in some ways, transhumanism isn’t advocating to improve the human condition, but rather to alter it completely.

This begs the question of how we even begin to define humanity, which is a different can of worms entirely. For the purposes of this article, we’ll say that two things are fundamental aspects of the human condition: imperfection and death. If you are human, I hate to break it to you, but you are not perfect. And at some point you will also die. Imperfection and death are absolute guarantees for human beings. Some people want to use science to get rid of what makes us human.

In terms of death, transhumanists aren’t talking about just increasing life expectancies anymore. Today, transhumanists ask if we should even have to die at all. Getting rid of death by old age probably won’t happen in my lifetime, but science has shown us that anything is possible.

There are innumerable issues with immortality. Some parts of it sound nice—imagine how much you’d get to sleep!—but on a serious note, I’m not sure that we can handle that kind of science. Imagine a world where people don’t die, but can still reproduce. Imagine the strain that would place on our resources, and the absolute chaos that would ensue. (If that doesn’t get to you, imagine a world where Chris Brown can live forever. Yikes!)

And yet death isn’t the only thing transhumanism wants to eradicate. I mentioned imperfection before. When I say imperfection, I’m talking about physical and mental weaknesses. What about science that could make us faster, stronger and smarter? Put that together with immortality, and think hard: to whom will that kind of science be available? Probably only to the wealthy. Imagine the social inequality in a world where you can pay to be as strong as The Hulk and as smart as Einstein.

I’m not so arrogant as to say that I have the answer to these questions, because I really don’t. But we are the generation that will bring these kinds of developments about, so I think it’s our responsibility to consider the implications. Ultimately, I don’t believe there’s anything wrong with wanting to improve ourselves. However, there’s a problem when we outrun what we can handle. If this is the direction we’re headed in, then we must be careful. As science advances, so must our morality.