How to Get Your Voice Heard 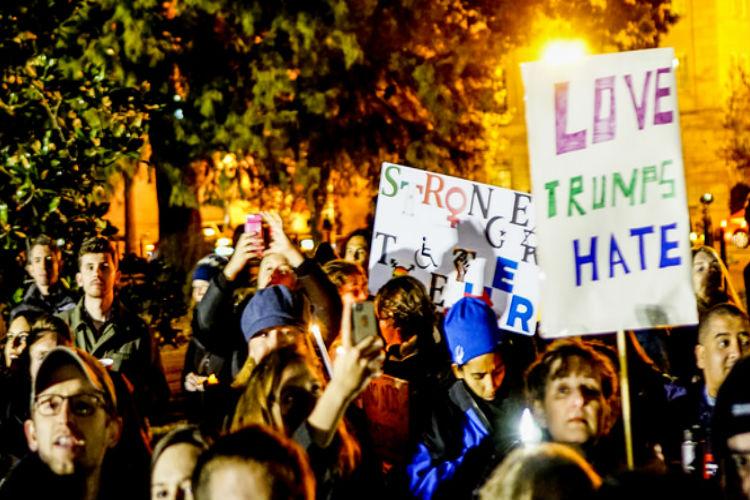 Within the first month of the new administration, controversial decisions made by President Donald Trump have sparked outrage and backlash, especially evident within popular social media outlets as trending hashtags and Twitter fights fill our feeds. During a tumultuous time where political decisions are beginning to affect our everyday lives, here’s a a few ways to get your concerns stated, opinions appreciated and voices heard.
Protests
With a variety of open invitations for events on Facebook, protests are the perfect and easiest way to stand in solidarity with your community for or against a particular issue. As seen with the success of the Women’s March following President Trump’s inauguration where a predicted one million participants attended the March on Washington, protests bring all walks of life together. Dallas itself hosted a number of peaceful protests in the previous weeks, including a Women’s March in union with the one in Washington on Jan. 21. If you are willing to drive a few hours down to the Austin, a highly-anticipated protest, “No Ban, No Wall Rally,” will take place at the Texas State Capitol on Feb. 25 in order to bring awareness to refugee and immigrant communities in the United States. Often times, it is difficult and intimidating to speak out alone, but the strength in numbers from protests and marches makes it empowering to fight for what you believe in.
Write to the Government
There is no better way to express your opinions then to write directly to the source. While this approach will not always guarantee responses nor recognition, you have the option to start with local, smaller authorities or to shoot big with the White House and President Trump himself. Even if you think mayors, governors or even the president will discredit a high school perspective, there is no harm in just trying. In fact, if you craft a thoughtful and respectful email or letter using formality, facts, your opinions and even suggestions, you must just be able to influence some thought and changes. To contact President Trump, the White House encourages people to send him an email from the White House website for the fastest response or to mail a letter directly to 1600 Pennsylvania Ave.
Petitions
Petitions are perhaps the fastest way to insert your voice and opinions in political discussions as all it takes is a quick signature. On the White House petition page, you can create your own petition or sign on to others with a few simple clicks. Current trending petitions include one to preserve the National Endowment for the Arts and Humanities with over 180,000 signatures and another to immediately release President Trump’s tax returns with about 700,000 signatures. In order to gain publicity for a certain petition, sharing links on Facebook, Twitter and Instagram can guarantee more attention and possible signatures from your followers. The public opinion truly makes a difference in government policy making, and petitions provide one way to express widespread approval or disapproval of a certain act or decision.
Donate to Causes
GoFundMe hosts a plethora of different donation campaigns including but not limited to memorials, medical aid, travel plans and emergencies. In relation to current political events, Go Fund Me is an ideal resource to support organizations’ efforts with donations ranging from a few to thousands of dollars as many of these groups, such as Women’s March and Youth to DC, rely on public donations and support. Hitting close to home, the Victoria Islamic Center was recently destroyed by a fire, but by far surpassing their $850,000 goal with over $1 milion raised on the site, construction plans to rebuild the mosque in Victoria, Texas have started. Visit this link to donate to the center: https://www.gofundme.com/victoria-islamic-center-rebuilding.