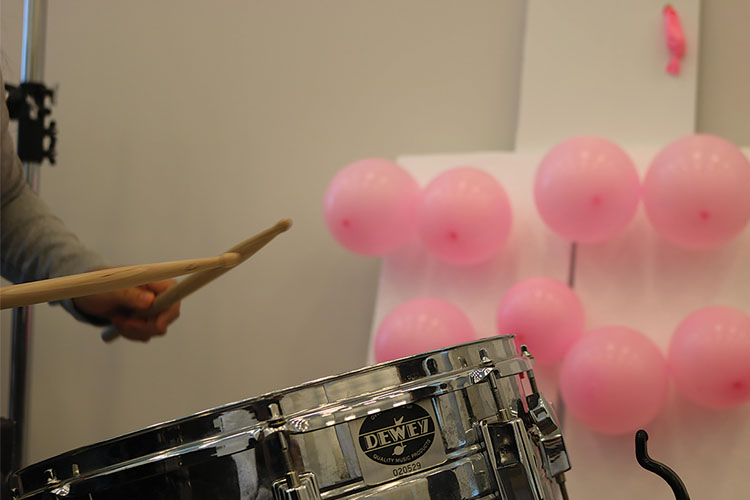 The shuffle of sheet music sounds from each student’s music stand during a Y period Orchestra rehearsal as Fine Arts Department Chair and Orchestra Conductor Ed Long announced the next song. Behind the Beethoven and Stravinsky, students pulled out a composition titled “Scherzo for Orchestra.” Under the title of the piece was a name in small font: Ed Long.

Long began his journey in composition when he attended high school at University Laboratory High School in Illinois in the 1960s. However, because the school was mainly science-driven, he was not always invested in composing.

“I’m afraid I didn’t take it very seriously because I was mostly interested in science at the time,” Long said. “It wasn’t until the summer after my junior year in high school that I committed to music composition.”

Inspired by German composer Richard Wagner’s “Overture to Die Meistersinger” and his combination of five melodies at the end of the piece, Long’s trajectory took off from there. His interest in science took a turn as he majored in music composition at Indiana University.

Long has been composing music ever since his time at college and has a plethora of pieces under his name.

“I’ve written a bunch of concertos, including a marimba concerto, a double concerto for viola and piano, a triple concerto, and a clarinet concerto,” Long said.

With the introduction of the Nasher-Haemisegger Center for the Arts, Long believed the new Kelli and Gerald J. Ford Orchestra Hall deserved an original piece, prompting him to compose “Scherzo for Orchestra.” From paper to practice, Long has enjoyed every moment of the process — especially the practice part.

“It’s always lightning when you get a piece in front of the actual orchestra as opposed to your computer,” Long said. “It’s gratifying how quick the orchestra has caught on to the particular piece. I didn’t regard it as easy nor attempted to make it easy, but [the students] seem to deal with it quite nicely.”

The piece that Long composed for the Hockaday Orchestra to perform is a scherzo, a fast-paced and short orchestral song. Typically, scherzos comprise a movement in a symphony, or sonata, but Long’s piece stands alone, attesting to the flexibility of the genre, which is a form of art itself.

Orchestra members have described Long’s scherzo as upbeat, flashy, sporadic and modern. Senior Wendy Ho, one of the four orchestra presidents, appreciates the brevity of the scherzo.

“It’s short and sweet,” Ho said. “It’s a nice bit of brevity in our program, and adds a change of pace to our repertoire.”

The piece spans 121 measures, but the length of a piece does not define its quality; in between every line and note of the scherzo is Long’s careful thought and deliberation.

And Long strove to make the piece as original as possible by not letting any outside inspiration drive his composition. Tucking away the influence of his favorite composers — Stravinsky and Beethoven — Long began writing his piece in the beginning of the 2016-2017 school year. With that mindset, the scherzo blossomed.

“This is one of those pieces that kind of generated itself,” Long said. “Some beginning ideas I tried out on the piano in [the History of Art and Music Room], and they just flourished.”

The strings, which includes instruments like violins, violas and cellos, rapidly tilt up and down, creating an unforgettable rhythm. Brass instruments like the horn, trumpet and trombone, accompany the strings with discordant tones. The percussion instruments, including a xylophone, cymbals and a whip, interject throughout the piece in unpredictable times.

Long managed to include an instrument that many may not even peg as one: balloons. Naming the feature as his favorite part, Long described the unprecedented setup of rows of colorful balloons stapled to a board that would reside in the percussion corner of the orchestra until its part in the scherzo.

“[The balloons] seem kind of celebratory and people would look at them wonder what’s going to happen with them,” Long said. “It would be fun for the percussion section and it would be rousing at the end.”

Senior Cynthia Ji, leader of the percussion section which comprises of three other girls, has accepted this avant-garde instrument as an addition to their already difficult situation.

“Almost everyone in percussion is in charge of two instruments and that makes it super hard to transition between instruments,” Ji said.

“There’s one point where I have to hit the crash symbols and then sprint over to the gong in what feels like five seconds,” Naidu said.

The Hockaday Orchestra debuted Long’s scherzo at the ISAS festival on April 6. Hockaday students who did not attend ISAS will have the opportunity to hear the piece at the April 11 assembly at 2:40 p.m., or the performance at 7 p.m.

Excitement from Orchestra members is at an all-time high. and one of four Orchestra presidents, senior Grace Cai, awaits the students’ reactions.

“It adds an unknown element,” Cai said. “It’s the card up our sleeve. It’s unpredictable, but I think it’s going to blow their socks off.”