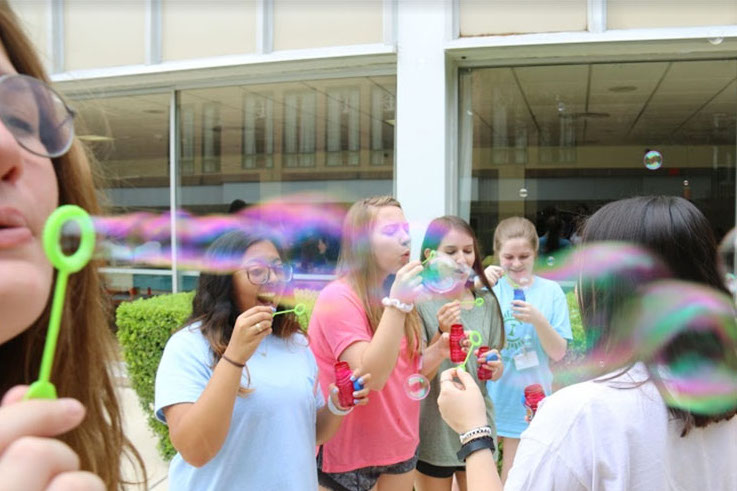 Form II students participated in a retreat on the Hockaday campus centered around the theme of empathy. On Wednesday, Aug. 23 they participated in many icebreakers and team building activities, including speed dating and human bingo in the Lacerte Black Box. During lunch, Form II partied by the pool at Tarry House and finished the day in Penson Gym with origami and coloring.

The following day, Amit Dodani, a representative of My Name My Story, an organization which promotes empathy, visited the class in Hicks meeting room. The activities facilitated by Form II leaders forced students to drop their front and be vulnerable with their classmates. In one activity, students picked a partner that they were not close friends with and told them one happy and one sad story. After both partners finished, one girl told her partner’s story back to her in the first person, teaching everyone that someone can never know exactly what another person is feeling.

“Even though we just talked for 90 seconds, I feel like we bonded for a lifetime,” Form II President Celese Gierhart said.

The retreat ended with Gierhart taking a selfie featuring the entire sophomore class, but Form II Dean Alejandra Suarez believes that the event will have a lasting impact on the grade.

“The retreat opened the space for dialogue not normally discussed at Hockaday, which I think will continue to be around,” Suarez said.