Yom Kippur: a Day of Atonement 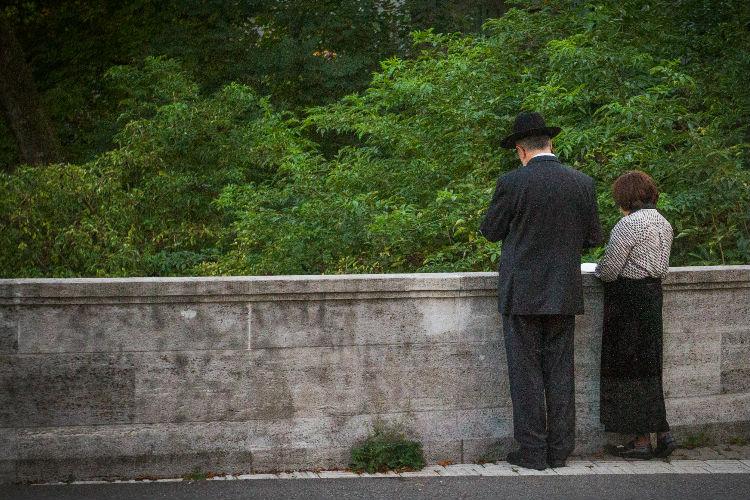 PICTURED ABOVE: Jews practicing the Yom Kippur tradition of Tashlikh, a custom in which pebbles or crumbs are thrown into a body of water as a symbol of last year’s sins being washed away. Photo provided by Wikimedia Commons.

With heads bowed and stomachs growling, Jewish congregations pile into synagogues for the most solemn and arguably most significant holiday of the Jewish year. Yom Kippur, or the “Day of Atonement,” serves as the end of the Jewish High Holy Days and helps the community to start off the year right. Although Yom Kippur holds an important place in Jewish hearts, most non Jews are unaware of the holiday’s existence and significance. In fact, most schools, rarely give students a day off on Yom Kippur. Instead, because Chanukah is celebrated around Christmas, people tend to think that it is the most important holiday in Judaism. Senior Michelle Mankoff knows that this is not true.

“I think that most people don’t know about Yom Kippur even though Chanukah’s importance in the Jewish religion is severely less than the importance of Yom Kippur,” Mankoff said.

Rosh Hashanah, the celebration of the first two days of the Jewish new year, begins the nine day period of holiness called the High Holy Days, and Yom Kippur brings it to a close. While the day differs on the Christian calendar, Yom Kippur is always celebrated from sundown of the ninth of the Jewish month of Tishrei to sundown on the tenth of Tishrei.

The origins of Yom Kippur come from the biblical story of Moses ascending Mount Sinai to speak with G-d. After escaping slavery in Egypt, the Hebrews worshipped a golden calf, thus sinning in the eyes of Adonai, their G-d. Moses climbed to Mount Sinai to attain His forgiveness, and the day he returned to the Hebrews below, the 10th of Tishrei, was then called Yom Kippur, or the “Day of Atonement.”

Ever since, Jews have gathered on this somber day to reflect on the past year and any wrongs they may have committed. Temple services are focused on the imperfection of man and the idea of asking for forgiveness for your wrongdoings. Senior Allison Daniels participates in these contemplative services each year.

“T’shuvah, that concept of forgiveness, is for me what it’s all about and asking for forgiveness not only from G-d, but also from the people you may have hurt and cleaning the slate,” she said.

Although the holiday is called the “Day of Atonement,” Yom Kippur does not have a harsh or punishing connotation. Yom Kippur is about self reflection and introspective prayer in a supportive and forgiving community.

“You’re not being accosted for your sins, it’s just a time to reflect to yourself about how you could improve,” Mankoff said.

Along with asking forgiveness, Jews are ordered to “afflict” their souls and bodies for a full night and day. Essentially, Jews abstain from all food, drink and anything else that causes comfort and pleasure.

“Fasting is supposed to remind you that we are mortal and that we are all in the hands of G-d,” Daniels said.

Mankoff’s family, although they do not spend the entire day in services, treats Yom Kippur differently from all other days of the year due to its meaning and purpose.

“We don’t normally watch T.V. or do most of the things that we would do on a normal day because the day is supposed to be focused around how you can better yourself,” she said.

Daniels spends most of the day in services at Congregation Anshai Torah in Plano, participating in both regular Yom Kippur services and the youth services with her friends from religious school. She also practices the custom of Tashlikh. This tradition, which translates to “cast-off,” involves symbolically throwing pebbles or crumbs of bread into a body of water.

“The crumbs are supposed to represent the sins of the last year so they get washed away,” she said.

At sundown on the 10th of Tishrei, after days full of contemplation and atonement, Jewish families and friends gather for a lavish dinner to break their day long fast. This feast is plentiful, and usually consists of traditional Jewish food like brisket and noodle kugel. Compared to the rest of the day, break the fast dinners are joyous.

“It’s a happy atmosphere compared to the really solemn, gray atmosphere of the day,” Daniels said.

Although many are not aware of the deep importance of Yom Kippur, it continues to be a powerful day in the lives of Jews everywhere.

“It’s important to know that we’re turning over a new leaf for the new year, and we’re going to try to be better people,” Daniels said.