Made in the USA, A Terrorist is a Terrorist 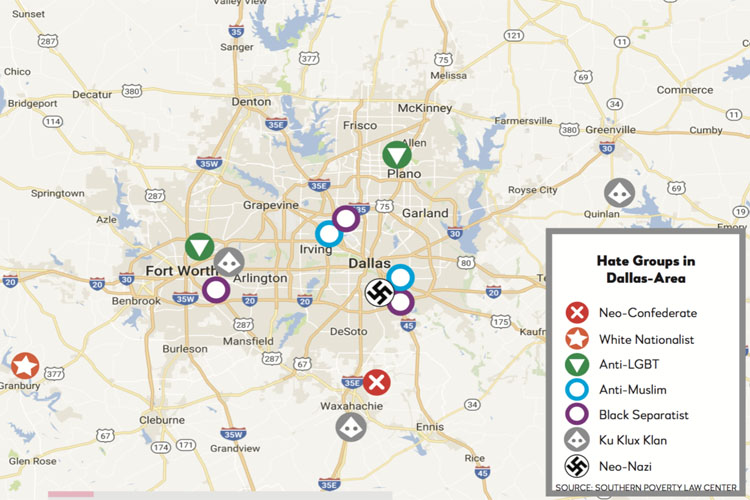 The very country that gave rise to the Nazi movement doesn’t understand why we seem to have so much trouble controlling a new trend in white supremacy. And frankly, neither do we. Following the events of Charlottesville in mid August, Germany and other European nations were baffled that a country that capitalizes on freedom and once fought the Nazis now allows an evolved version of them to spread their views all across the country.

After Trump released a statement that condemned “all sides” instead of just focusing on the violent neo-Nazis, Germany’s De Welt and France’s daily Le Monde described Trump’s “complacency” in the face of alt-right movements.

With such a diverse staff, it is understandable to see why The Fourcast would not only condemn the white supremacy movement but also speak out against President Donald Trump’s reluctance and inability to mark the rally in Charlottesville and other white supremacist hate groups as examples of domestic terrorism. But this isn’t about politics or Trump; this is about our country as a whole putting up a united front against radical extremist groups.

Many people are quick to blame Trump’s election for the rise in neo-Nazism. And to a certain extent, they are correct. Having a president that has made bigoted, xenophobic comments has given unofficial permission to not just neo-Nazis, but hate groups all across America to spread their message. The concept that many people are missing, however, is that these hate groups existed long before Trump, and mitigating their presence will take much more than just protesting our president.

After the “Unite the Right” rally in Charlottesville where citizen Heather Hayer was murdered, President Trump stated that “all sides” were at fault. Referring to both extremist right and left groups, Trump’s comment was ill timed after a specifically right wing rally, but not exactly incorrect. In order to help stop the presence of radical groups, we need to recognize that they are not just limited to the ones that have made national news.

Many people have heard of Ku Klux Klan or ISIS driven protests and terrorist acts in America; what they may not know about, however, is Antifa: a leftist anti-fascist group that has committed violent acts in the name of their cause. With little to no mainstream coverage on the actions of Antifa, groups like the KKK feel that they are being unfairly prosecuted for hate crimes. In order to combat hate groups, we must be able to remove political affiliation and present information about these organizations in an unbiased manner.

Preferably, the FBI would release a government sanctioned list of hate groups that would help the general public target specific organizations that are being violent or threatening. However, since the FBI tends to be a little out of reach for citizens, we can focus instead on using our voices on social media to publicly boycott and ostracize any hate group, from either side, that perpetuates violence and racism.

In addition to removing biases, we must also be able to definitively label any violent hate groups as perpetrators of domestic terrorism. Regardless of race, ethnicity, or motivation, any hate crime targeted at a specific group of people is terrorism. With Trump making such a big show about having a “war on terror,” we need to be comfortable with the fact that part of this war could be fought on our home turf against terrorists in this country. Even though domestic terrorism may seem like a label, it could push government officials to at least ban violent hate groups from taking further action. Again, ideally, the FBI would remove foreign terrorism as a charge and instead replace it with a blanket statement of just plain ol’ terrorism. The government needs to start making Americans accountable for their actions, whatever the cost.

Although fair media coverage and a new labelling of hate groups could help the government take down more violent branches of white supremacy, it will not remove their right to spread their views. The existence of people with anti-Semitic and racist views is not limited to the United States. Instead, their allowance in sharing these views and even acting on them is protected unabashedly by our infamous free speech amendment. With the presumption that hate speech will never be outlawed by this president or any future presidents, we must therefore work on urging government officials, on all levels, to denounce the existence of hate groups and label any acts of violence as terrorism.