In Defense of Taylor Swift 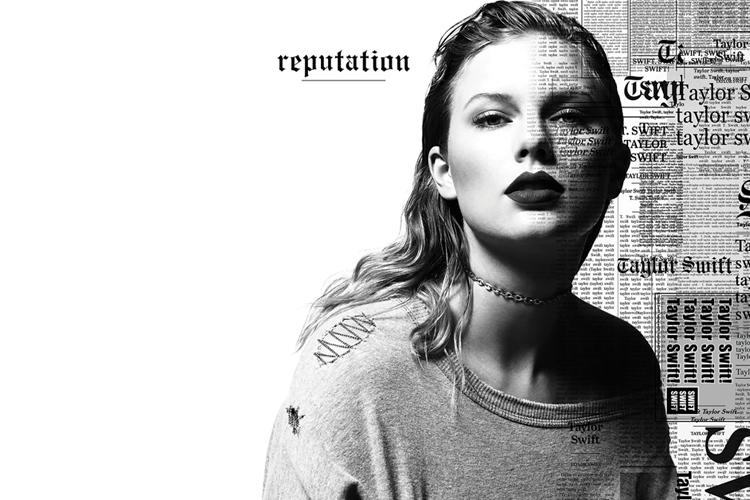 Like many other teenage girls, I was an avid Taylor Swift fan during the singer’s days of acoustic guitars and long golden curls. Like any Swiftie at the time would, I rocked out to her iconic country-pop hits like “You Belong with Me” and “Love Story.” To this day, I am still a proud Swiftie. I followed carefully as Swift’s style evolved, venturing into dubstep in her “Red” album and synthpop in “1989.” Just as I had with previous albums, I listened to each of her songs on constant repeat.

Now, Taylor Swift is making headlines again for the announcement of her newest album: “Reputation.” Of course, when she first announced her lead single, “Look What You Made Me Do,” I was ecstatic to hear new music from my favorite singer, especially after a long three-year silence.

And I do not think that it was only Swifties like me who were interested in where exactly Swift had gone. Given the magnitude of Swift’s fame, former fans and general pop listeners had to be at least a bit intrigued about “Reputation.”

When “Look What You Made Me Do” was released on the night of Aug. 24, Swift had the attention of literally millions. To say that the release of this lead single was controversial is an understatement, as it drew vastly polarized reviews from listeners.

I am genuinely a fan of this lead single. From the first seconds of the song, the elegantly dark opening to the song immediately drew me in; Swift’s voice throughout is stronger and more mature than ever. In the verses, Swift’s extensive background as a songwriter is clearly evident through lines like “I don’t like your perfect crime / How you laugh when you lie.”

Perhaps the most divisive section of the song is the chorus, a spoken section that repeats the titular “Look what you made me do.” I admit that I was taken aback the first time I heard this—surely, I thought, the chorus would have been an opportunity for Swift to exercise more creativity in her lyrics and melodies. However, the more I have listened to the song, the more natural the chorus sounds. When Swift’s music video for the song was released on Aug. 27, the synchronization with the scene cuts and the rhythm of the chorus made sense.

Many have criticized Swift’s lead single as merely a petty diss song, as the singer subtly references several of her famed feuds. This happens, for instance, in the line “I don’t like your tilted stage,” which may be a reference to a Kanye West performance.

However, these criticisms seem to be the latest in a long history of criticisms against Swift. When Swift almost exclusively sang love ballads in albums such as “Taylor Swift” and “Fearless,” she was portrayed by the media as a ditzy, lovesick girl who could not keep a single boyfriend. In my opinion, if Swift can make any topic of her choice into a chart-topping song—which she has a knack of doing—then clearly, Swift’s versatility proves her prowess as a star.

It is not as though Swift is oblivious to the multitude of criticisms launched at her—that she tends to play the victim in any conflict or that she has created a fake, bubbly persona for herself. In the “Look What You Made Me Do” music video, Swift takes these criticisms into her own hands and owns them, mocking herself in all of the previous eras of her career. With this video, Swift, shaking off the world’s over-analysis of her character, demonstrates that she is still in control of her own reputation, and rightfully so.

What about the fact that Swift dares to reinvent her own reputation? Or, as she declares in her lead single, that her old self is “dead”?

In order to progress in their careers, musicians need to grow, evolve and challenge themselves. Swift is moving into this darker and fiercer phase of her career confidently and successfully—her lead single hit No. 1 on the Billboard Hot 100, and its music video broke the Youtube Vevo record for most views in 24 hours. The world is her stage, more now than ever, and as her listeners grow older, they should understand that their star is growing as well.

However, for those stubbornly nostalgic listeners, “Reputation” promises notable glimpses of Swift’s recognizable style. The dreamy, romantic chorus of Swift’s second single, “…Ready for It?” (released on Sept. 3) is highly reminiscent of the lighter pop style of her previous album, “1989.” The lyrics in the rap-sing verses of “…Ready for It?” are sharp and clever, typical of Swift, with word plays like “And he can be my jailer / Burton to this Taylor” alluding to famed lovers Richard Burton and Elizabeth Taylor.

There is no denying that the era of acoustic guitars and golden curls is over. But “Reputation” marks a new age of Taylor Swift, and it is one that I cannot wait to experience and enjoy.