From Psycho to Get Out: The Evolution of the Horror Industry 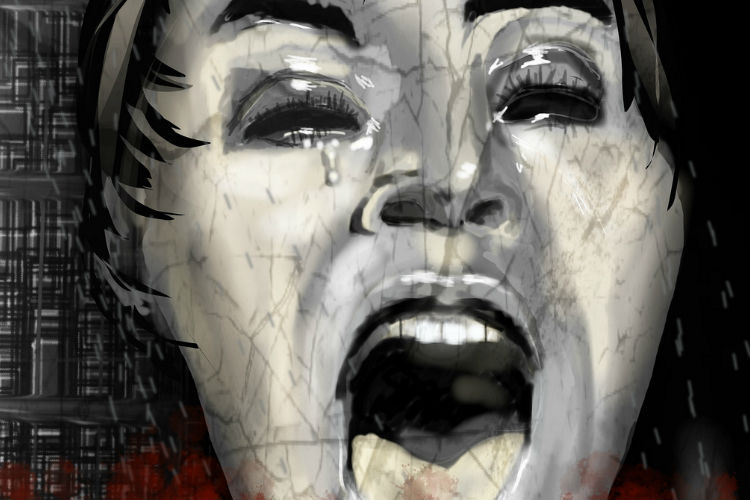 Squeezing her friend’s hand, young Claire Cothren, Upper School English Teacher, clenches her teeth as a suspenseful soundtrack builds. She holds her breath and grasps her friend’s hand harder as the protagonist watches an invisible force slowly open an old wooden door. Bang! A demon flashes across the screen and Cothren’s friend jumps, sending her cherry twizzlers flying across the room.

Cothren, an avid horror fan and teacher of Gothic Literature, remembers growing up watching horror films with her best friend. She has watched the genre evolve, from her traditional favorite, “Psycho,” to her modern favorites, “Black Swan” and “Get Out.”

“It’s fun to go to the movies and grab the sleeve of your friend and hide your face there,” Cothren said.

Cothern believes that in order to produce a quality horror movie, a director must leave the audience with questions and thoughts to consider.

“I want a horror movie that makes me think and that is not just about the blood and guts spurting,” Cothren said.

For this reason, Cothren sees “Don’t Breathe,” a film that didn’t leave her to ponder a political or social statement, as violence with no purpose.

Sophomore and horror aficionado Abby O’Brien also believes that it is essential for a horror movie to have developed characters and a thoughtful script.

“When the dialogue is half screaming and you don’t develop the characters, then you’re not rooting for them as they get picked off,” O’Brien said.

In addition to developed characters and a thought provoking plot, Glenys Quick, Film and Introduction to Journalism Teacher, believes a quality soundtrack, such as the one in “The Shining,” and original suspense, like the build up found in Hitchcock’s films, is essential for a horror movie to be effective.

“[Friedkin] intended it to be more about the mystery of faith,” Quick said. “He didn’t set out to make a horror film but it just happened to get really frightening.”

O’Brien thinks that many of the newer films, such as “Annabelle” and “Ouija,” have reflected a deterioration in the genre.

“The production value has gone up and the characters have slowly disappeared.” O’Brien said. “People don’t know how to evoke the right emotions anymore.”

To O’Brien, the novelty of horror movies has worn off.

“Back in the day they understood people more, they knew how to scare us and really evoke the right emotions,” O’Brien said. “[Horror movies] are all about bringing back that primal fear and almost catharsis in a way of all our stresses.”

Contrary to O’Brien’s opinion, Cothren does not believe that the genre has declined over the years. Whether produced twenty years ago or two months ago, Cothren thinks that the horror  industry has been consistent in creating many well produced films that can spark an audience to consider something bigger than a bloody murder.

“I think as far back as you could look, you can see your horror movies that don’t have much up their sleeve and you can also see the ones that have an agenda and ask questions,” Cothren said. “I think the same is true today. You have a nice variety of your slasher films and your think pieces, like ‘Mother,’ ‘Get Out’ and ‘The Babadook.””