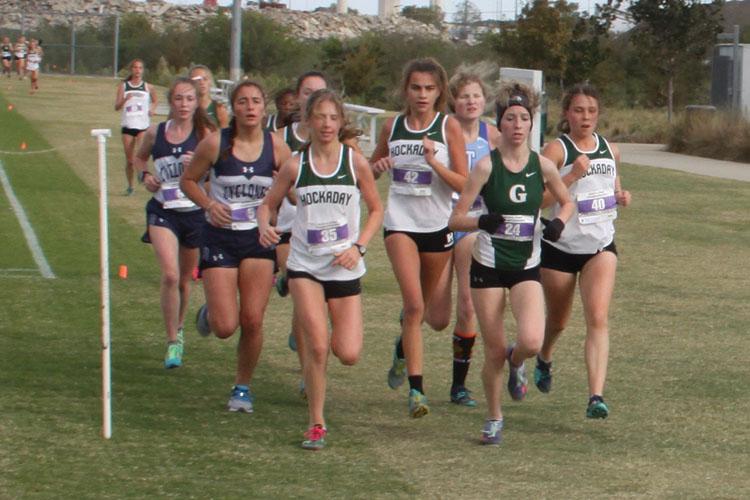 Imagine you’re running, and suddenly you cannot breathe and feel like you are about to faint. According to an article published in runnersconnect, these are common symptoms of iron deficiency, and many girls on the Hockaday cross-country team have been experiencing them.

With iron deficiency, runners start to experience fatigue and exhaustion as they hit a wall after running for an even short period of time.

Ellea Lamb ‘17 who ran on the cross country and track team decided to get herself tested for iron deficiency on the advice of Shaylee Marr, a Hockaday track and cross country coach who had experienced iron deficiency herself. One of the things that Lamb was looking for was the ferritin levels in her iron.

“When I came back for track season, I knew I wasn’t performing as I had in the season before and would hit a wall,” Lamb said.

According to the Mayo Clinic, ferritin is a protein blood cell that contains iron. Thus, when your ferritin levels are low, it is common that your body’s iron count is low.

A regular ferritin level is about a 30. To put iron deficiency in perspective, Lamb had a six.

Ferritin can be low for many reasons, and one of the major ways to lose iron is your diet.

“We tell them to eat a very balanced diet. Red meat is a good one along with the green leafy vegetables,” Marr said.

This was one of the reasons Lamb had such low ferritin levels as she had stopped eating red meat at the beginning of the 2016-2017 school year.

“For iron whether you’re vegetarian or a meat eater you just want to find high foods and protein and high iron vegetables, red meat is probably the best thing to up your iron levels” said Erika Herridge the school nurse.

“Areas where the deficiency comes, is hot climates and long miles, and that is where it came up at Hockaday,” Marr said.

Running in the Texas heat for five to six miles a day can cause low iron levels, leading to red blood cells that cannot function properly. This can also cause an increase in the sensitivity to heat.

Girls are also more likely to being affected by iron deficiency than boys, because of their periods. During their periods, girls lose iron, thus contributing to a low ferritin count.

Some girls have anemia, and once they do start running long distance, they hit a low iron deficiency level.

Senior Beth Ryan said, “I got it checked after my freshman year of track, and it was really low, after I got it fixed I realized that it was a problem,” Ryan had a ferritin level of 2 and also has anemia.

According to the Mayo Clinic once you experience iron deficiency, it takes a while for the levels to stabilize with the help of supplements and once they do, your deficiency still never goes away.

“I used to take supplements for my iron, but I was never able to recover and get back to where I was before, ”Lamb said.

Iron injections are a fairly new fix and proven to be advantageous. Iron injections are the fastest way to boost iron levels, while supplements take a couple of weeks to work, according to the National Heart Lung and Blood institute.

Iron injections introduce iron through an IV directly to the blood stream. There are given every six months, and are far more effective than liquid iron, and iron supplements.

“I get an IV every six months, which is where I get my iron,” Ryan said.

Ryan, whose personal physician suggested this treatment,  still runs track and cross country, and with the help of the iron injections, she is able to perform almost as well as she did before.

Most people never know what their ferritin levels are or if they suffer from iron deficiency.

“I think it’s always a good idea to partner with your pediatrician or doctor because they can run some tests that aren’t too invasive other than taking a blood sample” said Herridge.