Joining the Ranks of the Champions 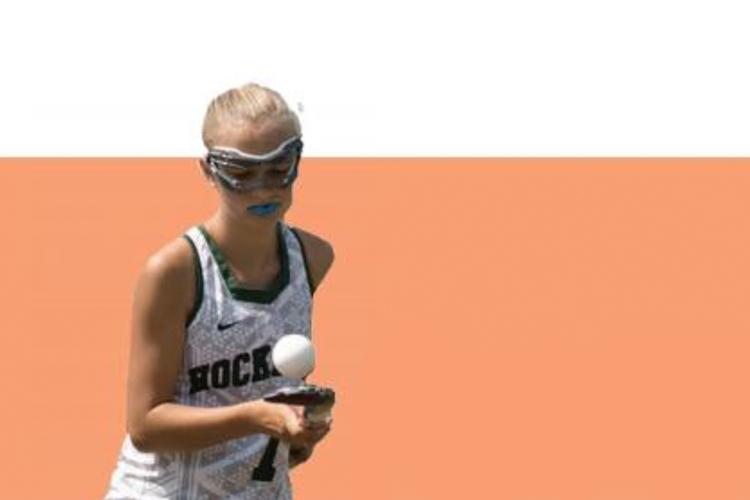 As she dribbles the field hockey ball, senior and Athletic Board Chair Campbell Swango sprints down the field and scores a clean goal. However, Swango isn’t here to score points. This is no team practice or game.

Swango, a coach for the September Champions League event at YMCA Dallas, is demonstrating to a special needs child how to correctly handle a field hockey stick.

The 2017-2018 school year marks the inaugural year of the partnership between Hockaday students and the Champions League. On the third Sunday of each month, student athletes from participating schools come to the YMCA to volunteer as buddies, or “coaches,” for children with special needs. By partnering participants with coaches, each participant is free to work at his or her own skill level.

Each month features a different sport. The September Champions League event focused on field hockey. The event on Sunday, Oct. 15 focused on basketball, while the November event will focus on soccer.

Sarah Burr, the Director of Outreach and Special Needs at YMCA Dallas, began her work with the Champions League in early 2017 and reached out to Hockaday at the end of last school year.

“A board member of YMCA had mentioned Hockaday to me,” Burr said. “Our special needs program is still pretty young. We’re still building, so not a lot of the community knows about the opportunities we have.”

On the Hockaday end, Director of Service Learning Laura Day is coordinating the partnership between Hockaday and YMCA. Swango is organizing Hockaday volunteer involvement in Champion League events.

At the end of the summer, Burr, Day and Swango decided that it would be best for Hockaday sports teams to come as a group to volunteer as coaches.

“I like having the sports teams because they are more knowledgeable about that sport,” Burr said. “And, it’s more fun to volunteer with people you know.”

Thus, Swango took the lead in reaching out to Hockaday varsity and junior varsity teams to volunteer at Champions League during the September event.

“I organize for the teams so they can help with their specific sport,” Swango said. “The first time, we had field hockey, so I told the field hockey players about it and reminded them.”

Because the October event took place during Eugene McDermott Head of School Dr. Karen Warren Coleman’s installation, Hockaday athletes did not attend, so the next event in which Hockaday will participate will be the November event.

Each Champions League event takes place from 2 to 3:30 p.m. While Burr plans for and is present for each event, she asks the volunteer coaches to lead sessions and take charge.

“The volunteers come half an hour early,” Burr said. “And they [lead] because they know how to stretch; they do it before every game. They feel comfortable doing drills.”

“That’s one thing parents said to me was very important,” Burr said. “Ask questions and talk, like ‘What do you want to be for Halloween?’ It’s important to socialize; we’re all social human beings.”

To finish the event, participants may engage in scrimmages, or they may observe the coaches play a scrimmage together.

“[The participants] really look up to the coaches that come to work and volunteer,” Burr said. “They play the sport at a different level.”

Swango, who attended the October Champions League event, believes that her volunteer experience was especially meaningful because the blending of sports with community service is a relatively new avenue.

“This is something we haven’t really done before. It’s one-on-one with a kid playing a sport, so you really get to know them,” Swango said. “For the kids who had never played field hockey before, it was good for them to have some extra motivation because they started wanting to play.”

Looking forward, Day aims to increase the level of Hockaday involvement with the Champions League program at the YMCA.

“I hope we get more sports teams interested in partnering with the YMCA,” Day said.

Burr aims to foster long-lasting relationships between the coaches and the participants.

“The way that I envision having volunteers, they come in and it’s a one-time thing, but then, they see the impact in children’s lives and they come back,” Burr said. “They see how much the participants respond to them. Having those consistent volunteers is very important.”

Swango agrees with Burr; she hopes to see a regular partnership between Hockaday and Champions League strengthen in the coming years.

“I don’t want this to be something that just lasts one month, one weekend, or even one year,” Swango. “If we weren’t at [Champions League], not every kid would have had one person to work with. I hope that Hockaday continues to go every year.”

Hockaday is not the only school to join the ranks of the Champions League volunteer base this year. The Episcopal School of Dallas also began a partnership this school year, while the Ursuline Academy of Dallas and Jesuit College Preparatory School of Dallas have been partner volunteers since last school year.

For those interested in volunteering at the YMCA with the Champions League but are not members of their school’s sports teams, Burr requests that they contact her directly. She welcomes the opportunity to get more people involved at the YMCA.

“Everyone is very capable of taking on the opportunities,” Burr said. “I love when they come and they connect, and I love having new volunteers come in.”