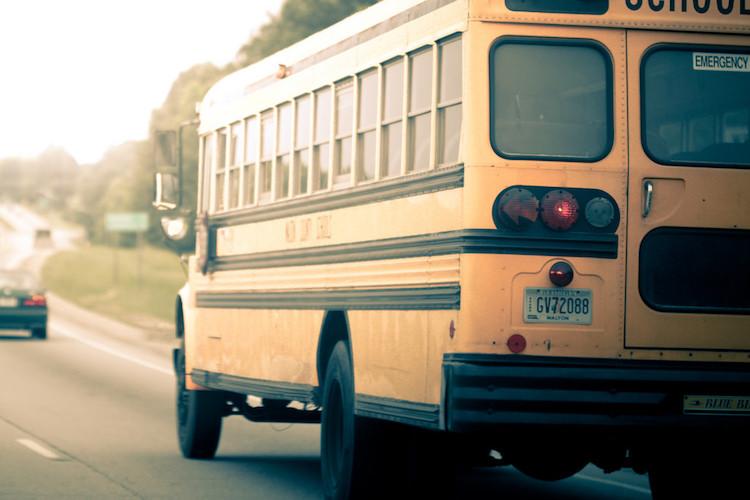 Sadly, this one doesn't shrink, or fly away.

With various cultures coming together right here at Hockaday in our boarding department, sometimes boarders may never encounter certain spots in Dallas that we might consider mainstream knowledge. To fix this problem, Angie Jorgensen,  Activities and Transportation Coordinator for the Hockaday Boarding Department, founded the Magic School Bus program, where boarding students have the opportunity to visit sites around Dallas on Friday nights.

Magic School Bus began in the second semester of the 2016-17 school year. After Jorgensen’s first year, she kept in touch with some graduates and asked what their favorite spot in Dallas was. This caused her to realize that many boarders did not know Dallas past the Preston-Forest area.

“I wanted to get them out visiting different parts of the city, restaurants, coffee shops and parks so that when they leave not only will they take with them beautiful memories, but that they know the area well enough to make suggestions to college friends or family who may be coming to Dallas,” Jorgensen said.

However, Jorgensen is not the sole person to plan the bus’ destinations. Senior Mo Oni, Vice President of House Council, helps plan weekly trips for boarders, and the weekly Magic School Bus is one of the destinations discussed.

“Magic School Bus can happen anywhere. We go to the State Fair and sports games for big events, but for small events we go to restaurants, markets and festivals. Culture is a big part of the Magic School Bus experience,” Oni said.

Oni is also a frequent participator in Magic School Bus. She has been on almost every trip they have taken, and her favorite destination is the movies.

“I never get to go when I’m at home because my brothers and I can’t decide on a movie, but in boarding, there is always have someone who will watch [a movie] with me,” Oni said.

House Council president Maria Sailale has also participated in Magic School Bus, though her position doesn’t require being on the planning committee.

“The dorm moms have a schedule where they take turns chaperoning the trips, so it’s nice to get to spend time with them outside of boarding,” Sailale said. “It’s one of those things where your friends aren’t always available to go with you, so you end up going with boarders you don’t usually spend time with. You get the chance to hang out with people you wouldn’t normally.”

Magic School Bus allows boarders to experience Dallas as if they lived there all year.

“Boarders can see the Dallas community in a new and interesting way. It shows them parts of Dallas that makes up the community presence,” Oni said. “When I graduate this year, I will miss some of the amazing events that go on in Dallas that I went to through Magic School Bus.”