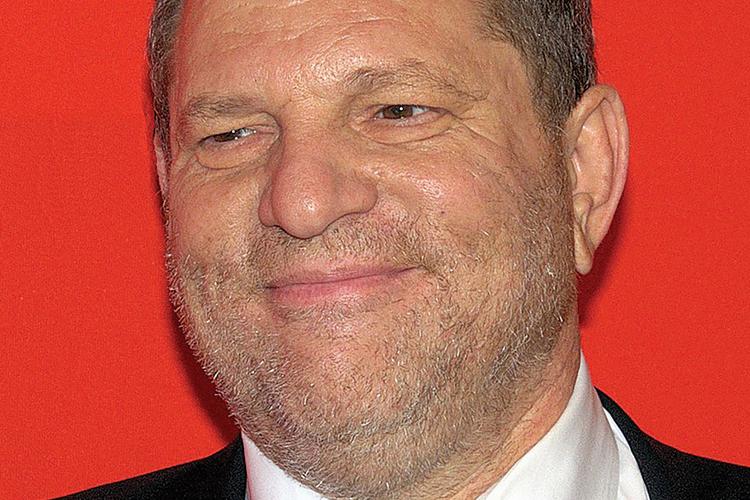 PICTURED ABOVE: Harvey Weinstein walks the red carpet prior to revelations about his sexual misconduct throughout the majority of his career as a powerful producer. Photo courtesy of David Shankbone.

Weinstein, who has been a part of Hollywood since his first film “The Burning” in 1981, and his brother Bob produced both cult classics like “Pulp Fiction” and “Scream” and critically acclaimed films such as “Good Will Hunting” and “Shakespeare in Love.” The Weinstein brothers together founded two of the most influential studios in Hollywood: Miramax and the Weinstein Company.

The first of Weinstein’s accusers was Ashley Judd, an actress best known for her work in “Kiss the Girls” and “Double Jeopardy.” According to the initial New York Times report, Weinstein asked Judd to his hotel room in the 1996 for a meeting, which evolved into Weinstein’s harassment of Judd.

“I said no, a lot of ways, a lot of times, and he always came back at me with some new ask,” Judd said in an interview with the New York Times. “It was all this bargaining, this coercive bargaining.”

Just five days after the first report, the New York Times revealed that Gwyneth Paltrow and Angelina Jolie had experienced sexual harassment at the hands of Weinstein. That same day, the New Yorker released audio tape of Weinstein’s interaction with Ambra Battilana Gutierrez, a former Miss Italy, along with the stories of more Weinstein accusers.

In the recorded conversation Gutierrez is heard telling Weinstein that “I don’t want to be touched.” Then Weinstein responds that “I won’t do a thing, please. I swear I won’t. Just sit with me. Don’t embarrass me in the hotel.”

This audio tape solidified the accusations of sexual harassment of women that, according to Ronan Farrow of the New Yorker, was “a serial problem that the Weinstein Company had been struggling with in recent years.”

Upper School Counselor Judy Ware has followed the Weinstein reports since they were first revealed in early October.

“I was not surprised at all. My first reaction was ‘Why hasn’t Hollywood been vocal about this before?’” Ware said. “Why is this just coming forward, when probably everyone in Hollywood has known that he was taking advantage of his position?”

“I was not surprised,” Walder said. “I was more surprised that this hadn’t come out before because I feel like he is a person that has offended so many people and probably a very cutthroat businessman.”

As more women came out against Weinstein, accusations began to mount against more powerful Hollywood elites.

In the past year, especially in the wake of reports of President Donald J. Trump’s own misconduct, Fox News has experienced a rise in public accusations against its own personalities.

Within the last week, more reports have surfaced of disgraced former host Bill O’Reilly’s private settlement of over $30 million with one of his own accusers. O’Reilly was fired from his long-standing show “The O’Reilly Factor” in April 2017 following repeated accusations of sexual misconduct from well-known Fox personalities Megyn Kelly and Gretchen Carlson.

Amazon Studios, a relatively new production studio similar to Hulu and Netflix, fielded accusations from Isa Hackett, a producer on the Amazon original show “The Man in the High Castle” directed toward the Head of Amazon Studios Roy Price. Price resigned from his position on Oct. 17.

Yet the issue of sexual harassment extends beyond the entertainment history. According to senior Chloe Irwin, who has participate in debate since her freshman year, it is something that she has to confront during her tournaments.

“Last debate tournament that I went to it was judged by a female judge and then at the end of the round she told me that [senior] Emma Rose [Shore] and I would have a better chance of winning if we smiled more,” Irwin said. “It was really strange coming from another woman.”

Much like Irwin, Walder and Ware both believe that gender discrimination and sexual harassment infiltrate everyday life.

Before coming to Hockaday, Walder worked in both the CIA and FBI in the male-dominated field of defense.

“The CIA was wonderful and was very much an even environment. Men and women were treated really no differently. I never felt any kind of harassment or bias,” Walder said. “I know that my friends that were girls and I, we never felt any issues.”

But, according to Walder, a blonde, blue-eyed Californian, the FBI was the complete opposite.

Yet, even with Walder’s experience of harassment within the department, the FBI reports that they witness little to none of this behavior.

According to the Office of Inspector General, they “found ‘relatively few reported allegations of sexual harassment and sexual misconduct in the Department’s law enforcement components for the fiscal years 2009 through 2012.’ [While they concluded that] the ‘FBI had the lowest rate of [sexual harassment]’ across the components.”

According to Ware, many women, especially in jobs in politics and the entertainment industry, are reluctant to come forward as individuals due to the ability for these accusations to hurt their careers.

“When I was younger, women were still hiding this and were ashamed, knowing that they would be blamed for what happened, and 99 times out of 100 they were blamed,” Ware said. “Now, I think that our culture has started to shift.”

Yet, even as the stigma surrounding sexual misconduct changes, young women and professionals alike still experience the harassment.