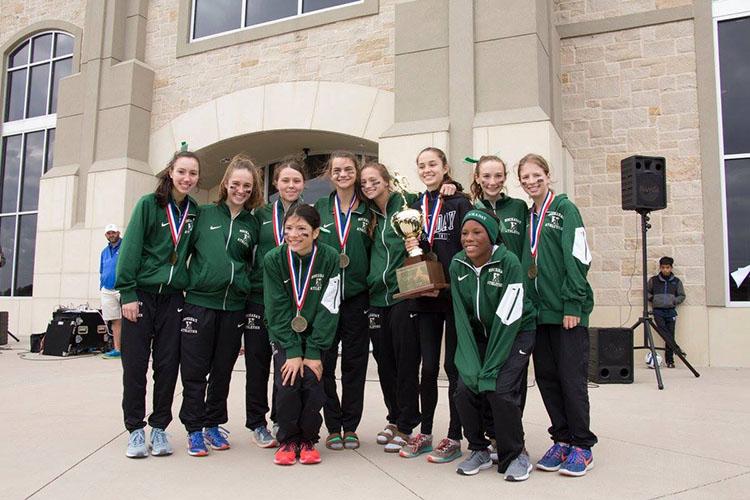 The Hockaday fall sports teams did well last weekend at the Southwest Preparatory Conference in Fort Worth, with volleyball, cross country and field hockey all competing in the tournament.

The volley ball team beat the Episcopal School of Dallas in a tight match on Oct. 25, and finished the conference play 6-0, the team entered SPC as the first seed from the North Zone. They then played their quarter final game last Friday at noon versus St. John’s. They won the game 3-2. Then, they played Houston Christian later that night, and lost the game 3-0. Lastly, they played the ESD team for third place and lost the game 3-2; placing them fourth in the tournament.

The field hockey team, seeded fifth, played Houston’s Episcopal High School in the opening round last Thursday at 6 p.m., and won  the game 1-0.  They lost to Trinity Valley in the quarterfinal 2-0. They then beat Casady 2-0 in the game for fifth place.