Hold On to Your Hanukkiahs: the Story Behind Hanukkah 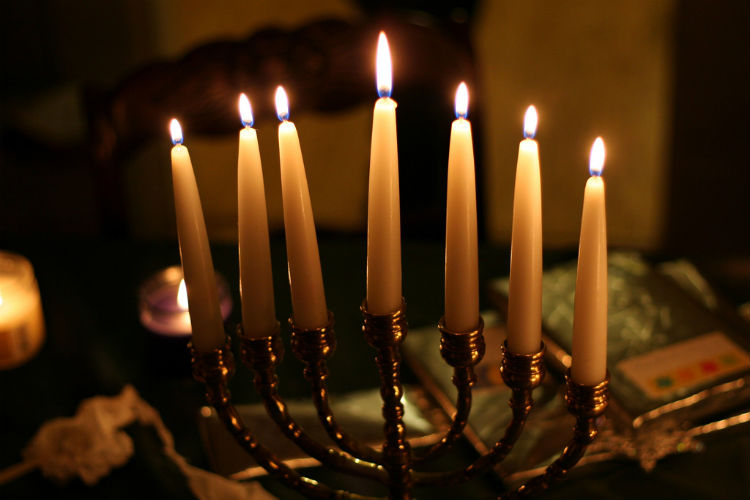 When one reflects on what they know about Judaism, one word particularly comes to mind: Hanukkah. Images of dimly lit menorahs, dreidels, latkes, and blue-and-white wrapped presents might crowd one’s mind; however, facts about the story of Hanukkah rarely do.

During the time of the second Holy Temple, around 200 BCE, Judea (now known was the modern day Israel) was under Syrian-Greek rule. Antiochus IV had outlawed the Jewish religion, and forced idolatry upon the jews that occupied Israel. This Hellenism reached extremes when the Holy Temple, a sacred  Jewish landmark located on the Temple Mount in Jerusalem, was ransacked and destroyed, riddled with holy Greek artifacts and unkosher sacrifices.

Oppressed and forced to practice Judaism in secret, the priest Mattathias and his five sons led a rebellion against Antiochus and the Secleud monarchy. When Mattathias died, his son Judah, well known as Judah Maccabee, gained leadership, and successfully drove the Syrians out of Israel in less than two years.

Triumphant from winning the war, Judah Maccabee called his followers to cleanse the Holy Temple, rebuild the altar, and light its menorah- a gold candelabrum with 7 branches which kindled with flames every night.

However, after rummaging through the remnants of the Temple, only one day’s worth of untainted oil for the menorah was found. Despite the shortage of oil, the menorah flickered proudly for eight nights. This miracle inspired the Maccabees to celebrate a yearly, eight-day long festival, starting on the 25 day of Kislev.

So now, knowing the significance behind the Jewish people’s victory, whip out your dreidels and eat a jelly donut, it’s time to celebrate!