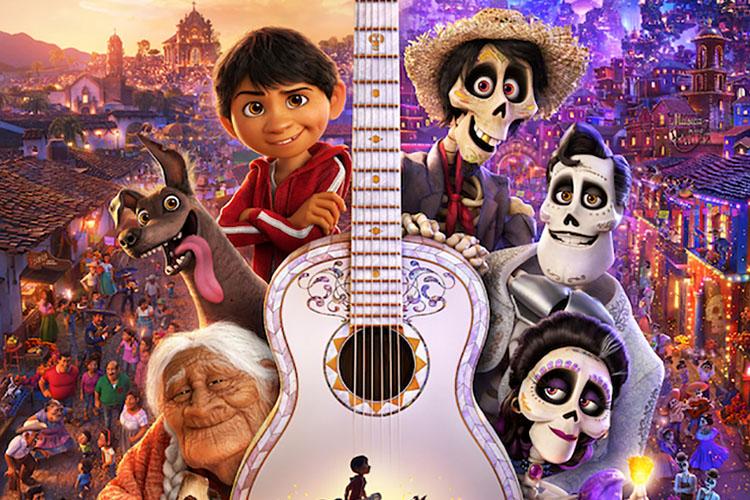 I’m both jealous and ecstatic that the younger generation gets this kind of representation and introduction to another culture. The most foreign thing in the movies I watched while growing up was a rat cooking 5-star meals and a lonely robot roaming the ruins of earth.

“Coco” are none of those things, but instead, it provides a peek into one of Mexico’s most coveted holidays, Dia de Muertos, or Day of the Dead. The movie is set on the holiday, and centers around Miguel Rivera (Anthony Gonzalez), a 12-year-old boy who aspires to be a musician in a family that hates music. When retrieving the guitar of Ernesto De La Cruz (Benjamin Blatt) to play in the talent show after his grandmother smashed his, Miguel transcends to the land of the dead and needs his family’s blessing to go back.

But when a big company like Pixar decides to make millions on the topic of another culture, there are inevitable worries about appropriation and intention with the movie. In my opinion, Pixar used this opportunity to truly make “Coco” a Mexican movie. Director Lee Unkrich traveled through Michoacán, Guanajuato, Oaxaca and Mexico City to craft the perfect Santa Cecilia, Miguel’s hometown; they were sure to slip in cultural details about Dia de Muertos, making the holiday a familiar one by the end of the movie; and it is the first-ever film with a nine-digit budget to feature an all-Latino cast. This is not to say that Disney is now suddenly the master of inclusion: the production of the movie got off to a rocky start, when Pixar tried to copyright “Day of the Dead,” the original name of the movie, to which Mexico (rightfully) was not happy about.

Pixar’s afterlife consists of never ending parties, shopping malls and an eternity of reconnecting with one’s ancestors. But the afterlife also consists of socio-economic differences and class-distinction–celebrities lived in golden towers above the “forgotten people,” who slept in hammocks on wooden decks. Perhaps including the capitalist elements that we know so well was Pixar’s effort to make death seem more familiar to the children, and it worked. Pixar made death seem more inviting and comforting than haunting, definitely helped by the bright visuals.

In some parts of the movie, I forgot I was watching an animated film–especially during shots of the marigolds, which looked posed and photographed. With one look, I could sense the texture of every surface, whether it be the ivory smoothness of the dead’s bones, the coarseness of the skin of the hairless dog, and even the way the uneven stone road felt under the feet of the characters.

I cannot speak for anyone else, but being a person not of Mexican descent, I felt honored to be able to peek into the life and culture of Miguel and the Rivera family. I could feel the sense of community through camera pans through the mercado streets, and with the strum of every guitarrón, I was further covered by the rich tapestry that is Mexican culture. Most importantly, I learned the importance that the Mexican culture places on family. Family, the movies says, is the only thing one needs to achieve one’s dreams– through life, and through death.

It made me want to hug my mom and dad a little tighter.