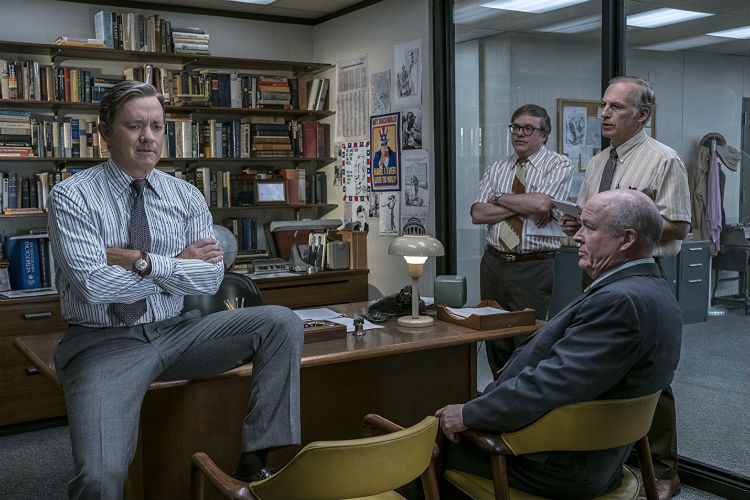 In the era of assaults upon the free press and a cultural awakening on workplace sexual harassment, Steven Spielberg’s “The Post,” a fast-paced and exhilarating drama chronicling The Washington Post’s decision to publish sections of the Pentagon Papers in 1971, provides the perfect antidote to the bizarre antics of 2017.

During the first few minutes of the movie, Spielberg introduces us to the self-righteous crusader, Daniel Ellsberg (Matthew Rhys), who decides to photocopy large portions of the Pentagon Papers after experiencing firsthand the tragedy of combat in Vietnam. Rhys aptly captures the simultaneously disillusioned and holier-than-thou nature of Ellsberg in stunningly-shot scenes with ominous shadows, a decision which comments both on the U.S. government’s obfuscation of the true nature of the Vietnam War and on the illegal nature of Ellsberg’s dissemination of classified documents.

In the following scenes, the first female publisher of The Washington Post, Katharine Graham (Meryl Streep), wrestles with the decision to take her company public and fixates on a clause in her contract with the banking underwriters that if any drastic disaster occurs in the week following the first stock offering, the banks reserve the right to void the contract. In a dramatic twist that seems so chimerical that only a master fiction writer could conceive it, the Washington Post receives a copy of the Pentagon Papers two days later.

The movie subsequently follows the internal turmoil of Graham, the editor of The Washington Post Ben Bradlee (Tom Hanks), the newspaper’s lawyers (Jesse Plemons and Zach Woods) and a myriad of supporting characters regarding whether to publish these classified documents.

Streep’s performance captivates the audience as she convincingly portrays the personal arc of Graham, a D.C. Brahmin immersed in the political elite who inherits the paper following the death of her husband. At the start of the movie, Graham appears complicit in her male colleagues’ relegation of herself to a mere child who must be coddled at all times, but ultimately, Graham metamorphosizes into a confident woman who rejects the advice of her male colleagues in favor of her own conscience.

Spielberg makes the conscious decision to place Streep in rooms brimming with white men, a constant reminder of the lack of power women had in the 1970s (and an even cheekier reminder of today’s workplace), and Streep miraculously portrays the anxiety of this position, nervously checking her notes for the proper things to say and avoiding eye-contact.

Hanks, too, stuns the audience with his portrayal of the brash Bradlee. However, Bob Odenkirk steals scenes with his sharp and impudent depiction of Ben Bagdikian, a reporter at the Post whose one-liners add levity to the, at times, fraught scenes.

Ultimately, although history is the greatest spoiler, the fast-paced action of the movie entrances the audience, who bite their nails as Graham grapples with whether or not to publish. Sure, the movie cashes in on campy and didactic monologues about the First Amendment and the role of the free press, but who can blame Spielberg for glorifying journalists during the Trump presidency?

Spielberg’s “The Post” does not disappoint, so anyone craving an escape from reality will not regret watching a star-studded cast take on Richard Nixon.