North and South Korea March Under One “Unified Korea” Flag 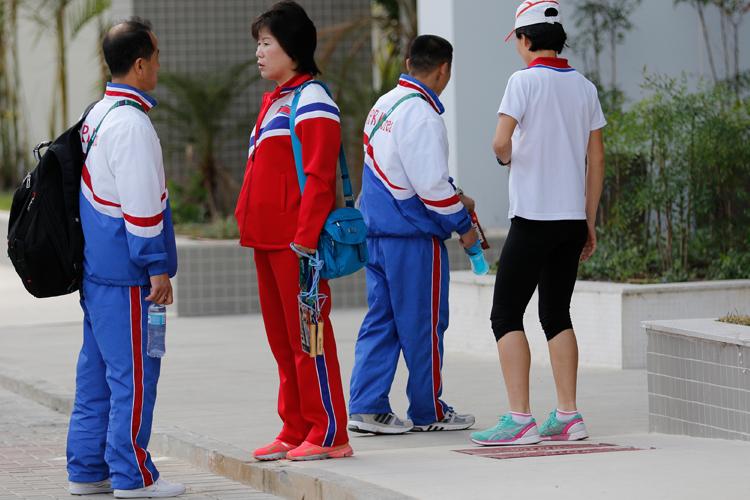 The 2018 Winter Olympics are being held in Pyeongchang, South Korea, beginning on Feb. 9, and ending on Feb. 25. The last time the Olympics were held in South Korea was in 1988, and North Korea boycotted the competition because of tensions between the countries accredited to the lack of a peace treaty after the 1950 to 1953 war.

After North Korea’s leader, Kim Jong-Un, suggested the possibility of participation in the event, South Korea extended an invitation which the North accepted. North Korea’s decision to attend means that talks between the North and South occurred for the first time in years, although North Korea has participated in the Olympics in recent years.

Tensions between North Korea and the rest of the world, particularly the U.S., have been high in the past year due to North Korea’s missile tests and nuclear weapon threats prompted by twitter arguments between Jon-Un and President Donald Trump.

Thus, North Korea’s decision to enter the Olympics may appear to be a sign of hope for better relations. However, no progress has been made regarding nuclear issues.

Additionally, some may fear disruption of the event. Before the 1988 Olympics, North Korea did blow up a South Korea passenger plane. But, diplomatic experts believe that it would be counterproductive for North Korea to launch an attack during the Olympics, but that they will most likely resume tests after the competition.

Although North and South Korea will march at the opening ceremony under one “unified Korea” flag, they will mostly be competing as separate countries.

Not only will athletes be attending the competition, but 400 other North Koreans including taekwondo practitioners, cheerleaders, and orchestra members will also be in attendance. Additionally, the ceremonial head of state Kim Yong-Nam will attend, being the highest-ranking official to travel to the South.

South Korea President Moon Jae-In is optimistic and hopes the games improve inter-Korean relations. Other people involved in the games are also hopeful.

“Through the participation of North Korea, the ‘Peace Olympics’ has been realized and this will lead a foundation to improve inter-Korean relations,” said Games chief Lee Hee-Beom to reporters.

On the other hand, experts in Washington and in the Trump administration believe that the motive to attend could be propaganda to portray North Korea as peace-loving and cultured and that this is only a facade.

As of now, no meetings have been scheduled between the US and North Korea, but Vice President Mike Pence is open to the idea. Even so, meetings would be more symbolic than effective.