The Problem of Misogyny in Rap Music 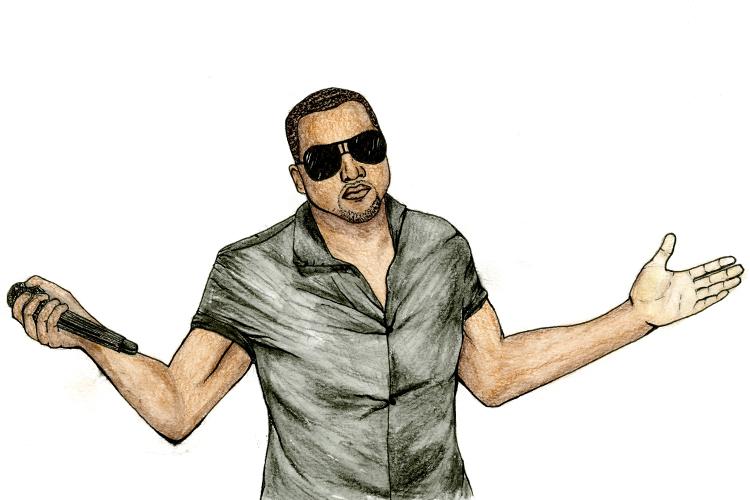 I vividly remember the day that Kanye West’s music video for “Heartless” came out. It was the summer of 2009, and my older cousins and my 10-year-old self  gathered around the computer screen, all captivated by the colorful animations. Since then, rap music has been an integral part of my life.

But as I have grown, so has the misogyny in the songs I listened to. The “cold” woman of “Heartless” eventually became the “b*tch” of “Bound 2.”

Hip-hop is unapologetic when it comes to its messages of social justice, as the origins of the genre were a result of oppression of the black community. As a person outside of that community, I appreciate and acknowledge the messages that are crafted into some hip-hop songs. I could never relate to the experiences that rappers narrate in their songs, so I can only listen to try to understand a sliver of what it is like to be African American in America.

However, not all hip-hop albums are as socially conscious as Public Enemy’s 1988 album “It Takes a Nation of Millions to Hold Us Back” or Kendrick Lamar’s 2013 album “To Pimp a Butterfly.” My empathy falls short when artists start rapping negatively about women because this language and rhetoric is something women know all too well. And where this empathy disappears is where my experiences as a woman replace it.

The truth is that hip-hop hates women.

Women are both the muse and abused of hip-hop—lyrics are crafted about women, but never for women. According to a 2006 study conducted by Edward G. Armstrong of Murray State University, out of 490 hip-hop songs produced from 1987-1993, approximately 22 to 37 percent of the lyrics contain some misogyny.

I imagine that this percentage would be significantly higher for songs produced in the 21st century, when negative stereotypes of women and generalized prejudices have been exploited in media and advertisement. Rappers are a part of this phenomenon; they use misogyny in their songs to achieve commercial success.

So, that being said, what’s next? What can women do to enjoy the transcendental art of hip-hop? Is this even possible?

We can start by holding our favorite rappers accountable—rappers are sexist in their songs because their listeners allow it. When an artist develops a fan base and that fan base has expectations, the artist is eventually forced to more or less meet those expectations.

For example, when Frank Ocean came out as bisexual—though he’s not a rapper, he is very much influential in the community—Tyler the Creator was held accountable for his lyrics. Tyler the Creator, a close friend of Ocean’s who has used homophobic rhetoric prior to Ocean coming out, then had more accountability placed on him by their overlapping fanbases, who were very invested in the support and success of Ocean.

Now, Tyler the Creator strays from the offensive language he once used, evident from the lack of any offensive diction against the LGBTQ+ community in his newest 2017 album “Flower Boy.” The same cannot be said about sexist comments and lyrics, but I feel as though this can apply with more pressure from the fan base.

Next, we must support conscious rappers, female artists and any artists not traditionally accepted or expected in the normal boundaries of hip-hop. This does not mean that we must pretend to enjoy the music of every artist that fits these credentials, it means that we must respect their art, for they are making waves in a industry where they are the minority. This means, for example, that we do not need to pit successful women against each other, as popular culture has been doing with the recent rise to fame of female rapper Cardi B with the already successful Nicki Minaj.

But the dynamic of female rappers in the male-dominated industry is very riveting. In some ways, many believe that female rappers feed into the existing messages circulated in hip-hop already by wearing revealing clothing and using the word “b*tch,” for example.  But I like to think of this not as a bad thing, but more of an empowering choice.

It’s empowering for Amber Rose to reclaim the word “slut,” as it’s also empowering for Nicki Minaj to dance in whichever manner she desires. By embracing and transforming the labels that were once seen as degrading or oppressive, a female rapper can empower other women and somewhat shift the dynamic of power in a patriarchal world and musical genre, little by little, lyric by lyric.