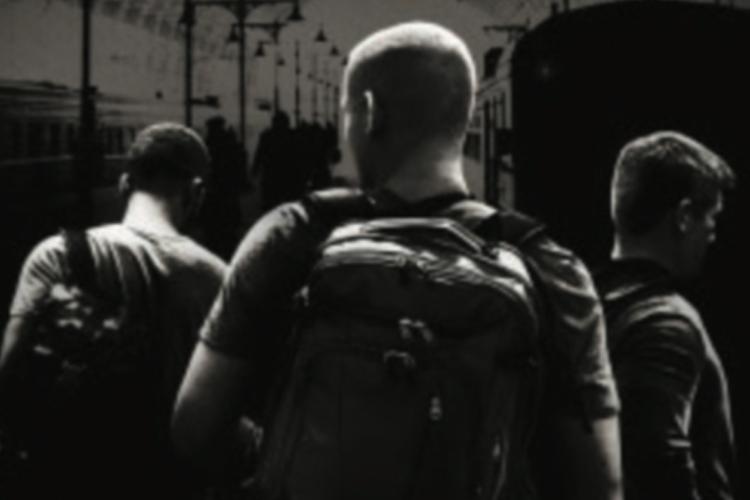 A man aboard a train from Amsterdam to Paris passes a confused glance to his wife in the new film “15:17 to Paris.” He hustles to the area right outside the bathroom and knocks, unknowingly waiting for the shock of a lifetime: a terrorist with a machine grade rifle lurks in the bathroom, preparing for his attack.

Director Clint Eastwood has famously portrayed modern heroes in his films “American Sniper” (2014) and “Sully” (2016). More recently, Eastwood has gained press for his new movie about three Americans, Spencer Stone, Alek Skarlatos and Anthony Sadler, the actual men who thwarted a terrorist attack on a train to Paris in 2015. And that is the best-selling facet of the movie—the heroes play themselves on screen.

“American Sniper” and “Sully” both received popular reviews. Rotten Tomatoes, a website that measures the quality of movies and TV shows, gave these films 72 and 86 percent ratings respectively. But what caused Eastwood’s newest flick, which opened in theaters on Feb. 9, to receive a mere 20 percent score from that same company?

The film begins by chronicling the scene with the terrorists boarding the train. However, the filming angles were strange and somewhat shaky, which caused my mother to comment, “Why do they only keep showing us the terrorist’s behind?”

The setting abruptly shifts to the upbring of the three protagonists in Sacramento, California where Stone and Skarlatos, who attended elementary school together,  befriend their new school’s troublemaker, Sadler. The boys religiously talk about the military, often wear camouflage, and play war with airsoft machine guns. The boys part ways before high school, and at this point, the background to these characters was finished.

Weaved with a couple flashes of the scene on the train, the viewer sees the now-adult protagonists commence their twenty-something lives according to plan: Sadler is enrolled at college while Stone and Skarlatos separately pursue their military ambitions by enlisting in the army.

Somehow, the three men end up gallivanting through Europe together and a large portion of the movie displays them at bars and clubs. With a few twists of fate, the boys go to Amsterdam and board a train to their next destination: Paris.

This was the moment that I was waiting for: to see the heroic moment of bringing down the terrorist. However, in the blink of an eye, the actual terror attack and heroism was over.

While the quality of the film was low, the notion of putting an authentic story behind three American heroes is very inspiring.It was enthralling to have a first-hand experience of the three characters’ upbringing, and the movie is riddled with excellent themes.The film represents breaking the stigma behind single motherhood and emphasizes that anyone can be a hero.

Despite its downfalls, I would encourage everyone to see the film. It shares the often untold story of an-almost tragedy and honors the heroes who prevented the deaths of hundreds at the hands of a terrorist with 300 rounds of ammunition.