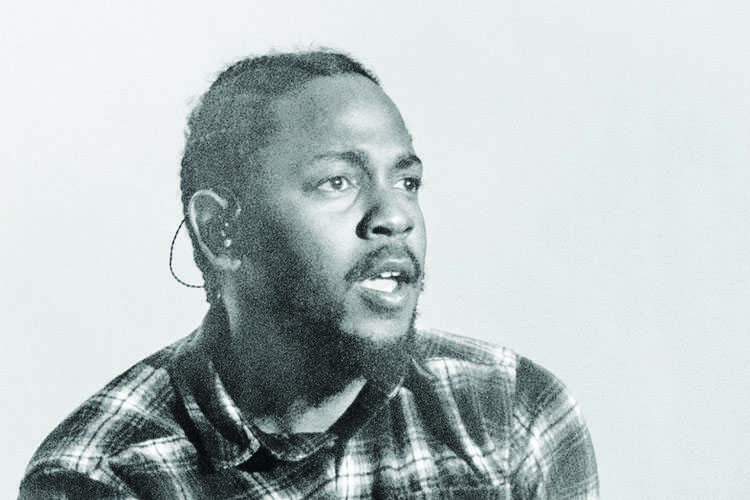 Showing that the spotlight of mass media can be held by people of color, the film has a 90 percent black cast, and the soundtrack is entirely performed and created by talented black musicians. With Kendrick Lamar holds writing credits for 14 tracks and sings on five of them, this young artist has created a gorgeous album to accompany the film.

Not only has Cooger brought together a cast for the film that is stacked with stars such as Chadwick Boseman, Michael B. Jordan, Lupita Nyong’o, Angela Bassett and Forest Whitaker, but the curator

of the album, Lamar, brought together some of the most popular black artists of the past few years, as well as several emerging artists. SZA, The Weekend, ScHoolboy Q, 2 Chainz, Ab-Soul, Future, Sacari, Khalid, Rae Sremmurd’s Swae Lee and Vince Staples contribute to the album, and Anderson .Paak, James Blake, Sjava, Reason and Yuhen Blakrok are featured on the soundtrack.

In the theme of resistance, sung by Jorja Smith, “I Am” is one of the most sensitive songs on the soundtrack, and its melodic tones will have me belting it in my car on a rainy day. The soulful artist’s sound is accompanied by lyrics that stir my emotions. In the chorus she says, “sometimes we ain’t meant to be free.”

Filled with anger, sorrow, exhilaration and pride, Lamar crafts a story through all 14 tracks. Representing the lost connection of a black person’s African roots, “Redemption,” is a catchy, fast song that has a tribal feel to it.

More  familiar to Lamar’s songs that make it to radio, the songs “X,” “King’s Dead” or “Big Shot” create intense background music of riveting action scene with Boseman fighting through the air or Nyong’o drop kicking the villain, Erik Killmonger. Specifically, I can see “Big Shot,” with Lamar and Travis Scott, rising to the top of the charts in the next few months.

Easily, my favorite song on the soundtrack is “All the Stars,” a celebratory anthem. SZA’s performance of Lamar’s song embodies its underlying message that African Americans are gold stars.

Overall, I can easily say that Lamar’s curation of this album has incredibly heightened my anticipation to see this movie on Feb. 16, and I am not alone. This film is expected to make at least 120 million dollars on its opening four-day weekend, and Marvel’s 18th film will smash box-office records by becoming Fandango’s top selling superhero movie in history.

The fact that 11 out of 14 songs on the soundtrack are collaborative plays into the fact that in the struggle of centuries of racism and exploitation, African American people are not alone in their effort to oppose the oppression.

On first song on the album, “Black Panther,” Lamar writes “sisters and brother in unison, not because of me Because we don’t glue with the opposition.”

I can say that Lamar’s curation of this album has heightened my anticipation to see this movie on Feb. 16, and I am not alone. This film is expected to make at least 120 million dollars on its open- ing four-day weekend, and Marvel’s 18th film will smash box-office records by becoming Fandango’s top selling superhero movie in history.

Since the “Black Panther” movie was an- nounced on Oct. 28, 2014, Marvel a nd Disney have worked together to bring to life the 1966 Stan Lee and Jack Kirby superhero, Black Pan- ther, in a way that is both true to the original comic character and represents what it means to be black in today’s society. The superhero T’Chal- la, is an African king who rules a nation untouched by exploitative colonization and is the wealthiest and most technologically advanced society in the Marvel universe.

In the context of a society governed by a man who has stirred white nationalist sentiment, Times writer Jamil Smith explains it like this.

“After the Obama era, perhaps none of this should feel groundbreaking. But it does. In the midst of a regressive cultural and political moment fueled in part by the white-nativist movement, the very existence of Black Panther feels like resis- tance,” Smith said.