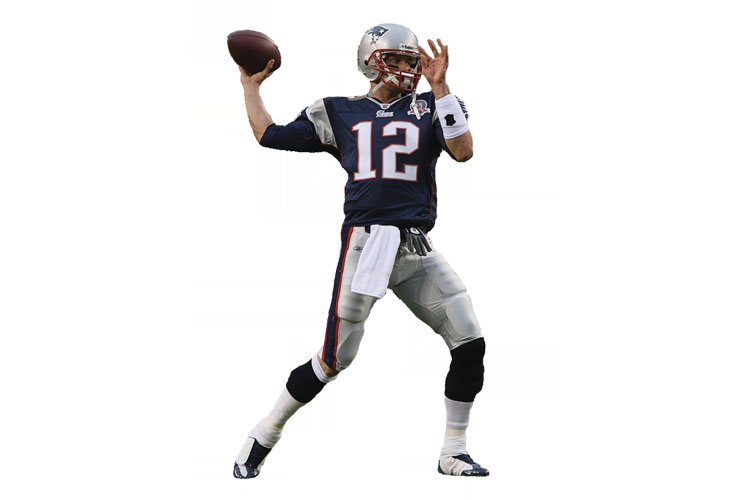 They are an incredible team to watch, and I consider it a privilege to experience this level of greatness in a professional sport. I believe that the Patriot’s organization is a role model for every single professional sports team in the world. The “Patriot Way” is often discussed, yet can’t quite be described. The recent Facebook documentary about Tom Brady on and off the field, “Tom vs. Time,” is the first time I’ve really understood what the Patriot way is.

Tom Brady, a 40-year-old quarterback, five-time Super Bowl champion, three-time Most Valuable Player and undisputedly the Greatest Of All Time, welcomes his fans into his home, his family, his job and into his mind. I always wonder, what keeps him going, why does he still play, what more can he get out of this sport?

A particular moment that stuck out to me in the documentary is Brady saying he should be perfect. When he says this, you can tell he means it wholeheartedly. Brady believes he should be the perfect NFL quarterback. He’s a perfectionist; he doesn’t think his best football is behind him, he believes it is right there in front waiting for him to grab. This is insane, but what’s more insane is that he truly is getting better.

In his 18th season this year, he was expected to start declining; he didn’t. He won the MVP, led his team to a 13-3 record, got to the Super Bowl and threw for over 500 yards. 22 times in NFL history has a quarterback thrown for 500 yards. He did this against the 4th best defense in the league.

Brady is showing the entire world what mind over matter really is. He’s not the most athletic, actually one of the least athletic, but I have no doubt in my mind that he is the hardest working player in the league. He is the Patriot Way. There is a lot of talk about who is the real mastermind behind this dynasty, Patriot’s Head Coach Bill Belichick or Brady. We probably will never have a conclusive answer.

But here is the question: would Brady have been Brady if he were somewhere else? I have to say, yes. No matter what uniform he wears, he is still the guy who thinks he should be flawless. He’s the guy who trains on his family vacations, eats pretty much only kale and looks in the mirror every day to make sure he is giving everything to his career.

The Patriots lost the Super Bowl this year, but I believe Brady won. He obviously won’t see this year as a victory, but I do. His career didn’t need this win to be cemented; he’s already a larger than life player who will never be forgotten. What he showed the world this year is that nothing is impossible, and that goes farther than just a football field.