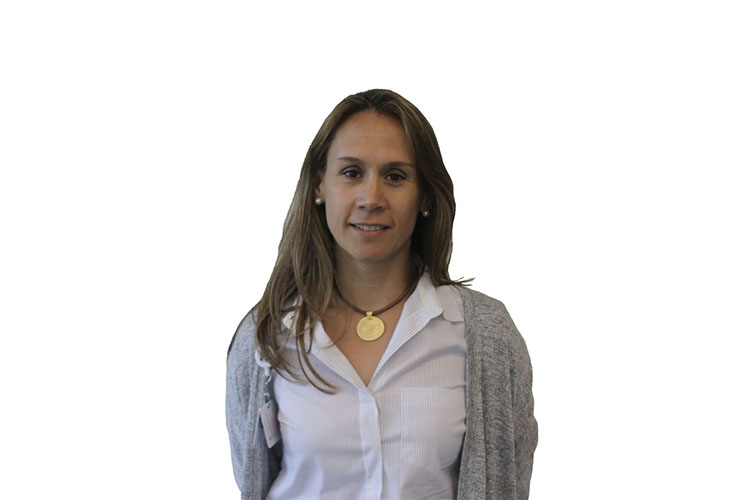 Upper School Spanish Teacher Alejandra Suarez’s community presence at Hockaday is undeniable. Not only is Suárez a beloved Spanish teacher, she is also the current Form II Dean. Next year, Suárez will earn a new title as she takes the reins from Lisa Camp as the new World Languages Department Chair when Camp retires from Hockaday.

Suárez has taught at Hockaday for four years. She was first hired to teach AP Spanish and Spanish II. Over the years, her schedule has expanded to teach four Spanish classes.

Junior Isabella Shadle, a student in Suárez’s AP Spanish class, describes Suárez as an “energetic” teacher who “uplifts the whole mood of the class.” According to Shadle, Suárez’s class activities are the most entertaining part of class.

“I don’t know one person who doesn’t like Sra. Suárez,” Shadle said.

After her second year at Hockaday, Suárez applied for the job of Form II Dean, a position she has now occupied since 2016.

“As a Form Dean, she was always there for us. She always kept us on track, and she was really good about bonding the whole grade,” Shadle said.

Head of Upper School Terry Murray believes that Suárez’s experience as form dean has prepared her very well for her advancement to the department chair, especially her experience in working with students, parents and faculty. Murray describes Suárez’s form dean position as “an ideal stepping-stone to a department chair job.”

When Suárez learned of her new role, she was full of excitement but also a little nervous. She understands that her new job will require more time and dedication. As department chair, Suárez will oversee all three divisions and be in charge of four different language programs— French, Latin, Chinese and Spanish.

Murray agrees that the World Languages Department is a challenging department, but he has confidence that Suárez can handle the job, describing her as “an ideal candidate.”

“She is a significant influence in the language department, she teaches our high level classes and she’s shown a sense of leadership in her dean position,” Murray said.

Suárez expects her work to become more curriculum-based, and she will be working with more students and families. In order to accommodate for the demands of her new job, Suárez will step down from her position as Form Dean next year and will only be teaching three classes.

“I’m going to miss that day-to-day interaction with the students as a Form Dean. I’m a little sad in that, but change is always good,” Suárez said.

Due to the responsibilities that will come with her new position, Camp is currently helping Suárez transition into her new role. According to Camp, the two have been communicating regularly and sharing information with each other as much as possible.

Camp has worked at Hockaday for 39 years, and she has been the World Languages department chair for 14 years.

According to Camp, the job involves overseeing the language placement tests, communicating with parents and students about the curriculum, and working with other teachers in the departments on the language programs.

“I think the most important aspect is that I see my position as one of supporting and promoting all four language programs in each division,” Camp said.

Although Camp said she transitioned into the position in 2004 fairly smoothly, she had to balance many new responsibilities.

“The tricky part initially is realizing I’m the one who’s making all these decisions,” Camp said.

During her time as department chair, Camp oversaw the start of the Chinese program and lead school trips to France, Mexico, Peru, China and Spain. For seven years, she has represented Hockaday on the Board of Trustees for One Schoolhouse (formerly Online School for Girls).

As Camp leaves her legacy, she also has high hopes for the future of the department. Camp believes that the department can welcome more opportunities for service learning, and the beginning of Chinese classes throughout Lower and Middle Schools.

Looking forward, Camp believes that Suárez is well-qualified to take her place.

“[Suárez]’s already had the experience of dealing with students and faculty and parents. She will transfer that over to the department chair job,” Camp said.

Leaving a piece of advice for Suárez, Camp said that “the key thing for her is to learn what it is that she needs to do to support other teachers in doing their jobs well.”

Suárez is also very passionate about working with the Language Department team, and she’s eager to collaborate with her fellow language teachers. Her goal is to “serve not as a leader but as a colleague, someone the other teachers in the department can rely on to help them out and support them.”

Suárez envisions next year as a learning experience for her as she transitions into the new position. Her goal is to first learn from the other teachers in the four languages and support them in their ideas.

When Suárez’s promotion was announced to families, the response was, as she said, “incredible.”

“I’ve received phone calls from parents and students and emails from students congratulating me. It was wonderful,” Suárez said. “It’s going to be a great journey.”