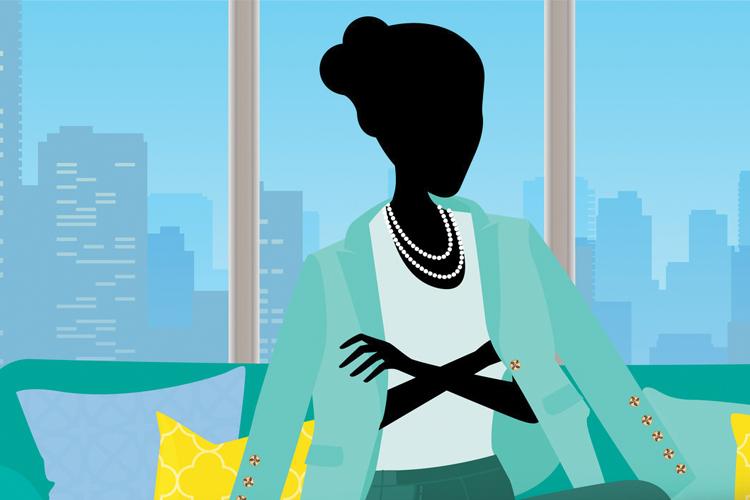 “When we close the gender gap,” Reshma Saujani, founder and CEO of Girls Who Code, said after she was asked when she will be proud of herself. This was a response I had never heard before, but the answer sums up the podcast “Skimm’d from the Couch” perfectly: a normal interview with refreshingly abnormal answers.

While I had never heard the names of Wendy Wolfe Herd, Tina Brown, Reshma Saujani or Sallie Krawcheck, I now know about them, their lives and their struggles through the podcast.

During the podcast, the co-founders and co-CEOs of theSkimm, a news outlet that emails  subscribers short and easy-to-read blurbs on current events every morning, Carly Zakin and Danielle Weisberg, interview prominent women in business and other ventures from their couch.

The interviewees ranged from Wendy Wolfe Herd, the founder and CEO of Bumble, to Sallie Krawcheck, former CEO of Merrill Lynch, and Smith Barney, the current CEO of Ellevest. Each brought a unique perspective from their different lines of work, ages and experiences to their episodes, which ranged from 15 to 35 minutes.

Zakin and Weisberg enforce only one rule during their podcast: “no BS.”

I appreciate that the podcast gives the simple truth with no sugar coating or embellishment. Since both Zakin and Weisberg worked as producers at NBC News, their journalism background help them ask probing yet poignant questions.

While I really enjoyed the episodes, most questions focused on topics geared towards women in their 20s and 30s as most of the discussions were on work and raising a family.

For example, Nancy Dubuc, CEO of Vice Media and former President and CEO of A+E Networks, talks about having a calendar of her work schedule on her kitchen fridge so that her kids can see when she is busy.

I found responses like this captivating, but most of their advice was inapplicable to my current life. However, I took away useful advice from some of the questions involving other subjects, such as de-stressing, “me time,” mean comments online and the worst piece of advice the women have ever received.

Wolfe Herd’s worst piece of advice was to not try something because she would probably fail. Wolfe Herd, Zakin and Weisberg proceed to talk about how making mistakes is the only way to move forward and succeed.

I found this advice very applicable to my life. I, like many others, am always afraid of failing. I am often hesitant to do something that is not a certainty, but seeing how these women failed many times and still became CEOs of major companies inspired me to take more risks in my daily life.

But my main complaint are the ads during the podcast. While I understand that sponsorship pays for the podcast, I would appreciate it if the ads were new and innovative. The two Delta Airlines ads appeared in every other episode, and many ads repeated throughout the episode, which subsequently broke up the flow of the podcast.

Starting in the seventh episode, the sponsorship switched from Delta to Dunkin’ Donuts. I was hoping that these ads would be more innovative and have a greater variety, but it was quite the opposite. These ads repeated every episode, so now I feel I can say the ad with them during the podcast with only minimal mistakes.

I felt that these incredible, powerful and innovative women’s stories exposed me to new stories that I would never forget. Immediately after each episode, I researched these women and their missions, wanting to learn more about these amazing people.

These women inspire listeners, including me, to work hard and innovate in whatever they do, increasing our success. I hope that through this podcast women will make a dent in the gender gap and bring us one step closer to making Saujani proud.

“Skimm’d from the Couch” is available on Apple Podcasts and Spotify among other podcast websites.

Story by Kate Woodhouse, Photo Graphics Editor
Photo Provided by The Skimm and Skimm’d from the Couch