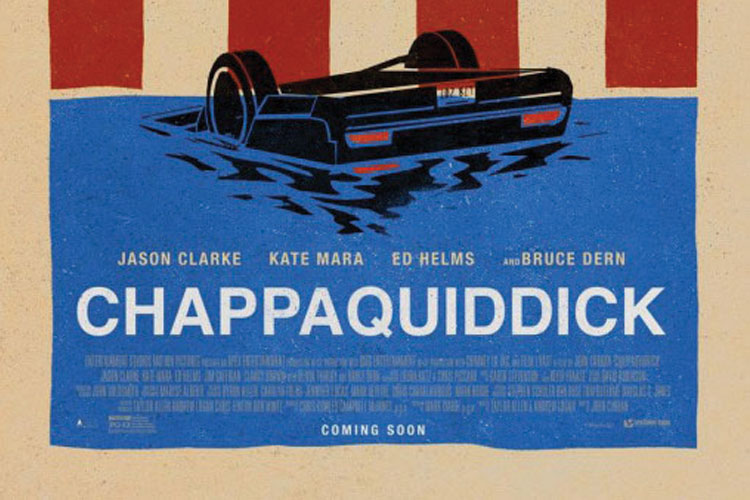 In July, 1969, Ted Kennedy, presidential hopeful at the time, went to a party at a friend’s house on Chappaquiddick, an island off the coast of Massachusetts. At what he later claimed was 11 p.m., but could have easily been 12 a.m. according to eyewitnesses, he drove Mary Jo Kopechne, the secretary of his party’s campaign, and ended up crashing the car in the waters off a cliff.

The movie about the incident, “Chappaquiddick,” directed by John Curran, opens with news reporters talking about different tragedies the Kennedy family has experienced while panning over old photos of the family. I was immediately wary, as one of the major excuses Ted Kennedy used for his behavior during and after the incident was the “Kennedy Curse,” but the movie did not cover up the unfortunate truth, unlike the press at the time.

When I first walked into the movie theatre, I didn’t see anyone under 30, and was a little concerned about what I had gotten into. However, I was pleasantly surprised as the movie progressed. Unlike other historical movies I’ve watched, the film had both action and humor and was overall compelling, avoiding historical film tropes like shots of staring, long silences and deep voices you can’t really understand.

The scenes before Ted Kennedy tells the police are at times infuriating to watch, as he takes his time taking a bath, changing into a suit, sitting around his hotel room and making many calls to lawyers and advisors, but not the police. When his friends Joe and Paul ask him what happened, his first words are “I’m not going to be president,” revealing where his concerns actually lay after the incident.

But the unquestioned power of the Kennedy family is well documented. Ted, sitting behind the police chief’s desk as the police officer enters, acts as a striking image of the power of the family, as the officer immediately becomes subservient when he walks in.

“I think for some, the Kennedys started to represent a certain elite sector of the super-rich who, regardless of their politics, seemed to be able to get away with things,” Upper School History Teacher Lucio Benedetto said.

The movie’s cinematography is overall beautiful, especially shots of the bridge. The movie is fairly enjoyable to watch, and tries to keep the viewer interested later in the film by using humor between the many lawyers and advisors that are called to help Ted. Unfortunately, the older audience members loudly enjoyed the few moments of humor in the film.

The casting is well done. Jason Clark plays a very convincing Ted Kennedy, revealing the human side of the man behind the crime, but while making sure he is not a character you could easily empathize with. While she may have played a small part, Olivia Thirlby, who plays one of the “boiler room girls” who worked on Kennedy campaigns, provided the powerful context of a fierce loyalty to the family. Throughout the movie, she pushes Ted Kennedy to do what will get him to the presidency. In contrast, the soundtrack isn’t as well executed. It rarely strayed from one type of dramatic, instrumental music that often didn’t reflect the tone of the scene.

It is very interesting to relate parts of the movie to present-day politics, especially how the press is treated. If you’re interested in current politics or American history, brave the elderly audience and go watch “Chappaquiddick.”