Fortnite Got it Right 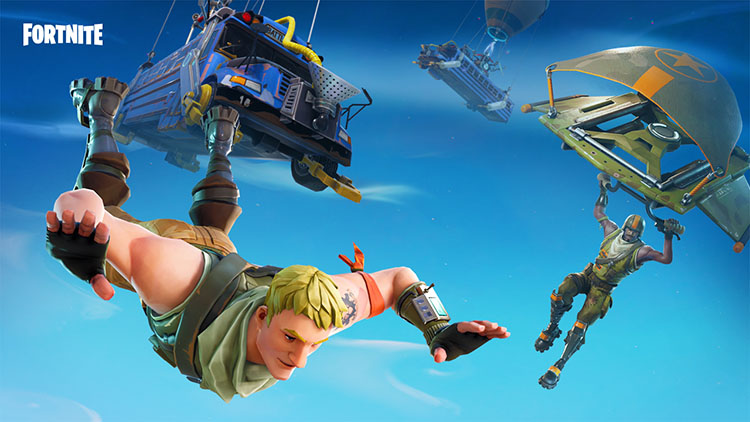 My randomized character parachutes into Salty Springs and touches down in the lush scenery. It immediately scans the area for resources and treasure. Ax in hand, my avatar runs through the battleground and hunts for weapons to protect itself, watching out for surrounding players. It watches as the clock ticks down and “the storm” begins to close in on the island. To stay safe, my character runs to the inside of the circle as the game compacts and dashes into a nearby structure to seek shelter from the gunshots.

Fortnite, a survival game, is a popular pastime among teenagers. Released in July 2017, this free cartoon game is set on a remote island. The colorful, vibrant backdrop is the setting of the violent battle. One hundred players land in the game, each only having one life. The goal of the game is to be the last man standing. The player who wins takes the title of Victory Royale.

To start the game, the players choose from 13 locations to land in. As the characters parachute to the ground, they race through the island to collect powerful weapons such as guns and rocket launchers. These weapons are used as protection against the surrounding enemies.

The aim of the game is to stay alive, killing as many people as possible to increase the chance of winning. When a character dies, their weapons and resources are left behind for people to collect.

The collection of resources and materials is vital for success. Players use the ax to obtain building supplies by splitting trees for wood, crumbling rocks into stone and smashing heavy machinery into metal. Forts, bridges, walls and stairs are created out of these materials for protection.

Many players have found that it is difficult to use the building feature. To me, the pressure of the game builds up as the player count decreases, often leading to careless mistakes when building or shooting.

Another challenge in Fortnite is the numerous amount of controls that the game has. In order to reach success, players need to memorize the combination of buttons. Therefore, this can pose to be a difficult aspect for players.

Also, there are different modes in the game which allows users to play in groups. This creates a team environment, allowing for players work together to achieve victory. I enjoy this mode because it increase my chance of winning to have teammates on my side.

Due to the growing popularity of the Battle Royale game, Fortnite released an addition in April 2018 that is now available on smartphones and computers. The ease of accessing the game has now increased, so users can play from almost anywhere. Easily downloaded from the App Store, Fortnite has further grown in popularity.

Much praise is awarded to this new battle video game, but there are some downsides to the game. For example, when a player fires a gun or launches a rocket, their position is given away to other users. Therefore, the other players know where the gunshot or explosion came from, allowing them to fight back. This element makes the game increasingly harder because users can react quickly to the attack, sometimes resulting in deadly consequences.

Fortnite is a free video game which emphasizes strategy and survival. Though there are some negative aspects to this game, Fortnite is an action-packed, heart racing game that makes players strive for victory. For those who like battle tactics and rampage, Fortnite is undoubtedly the app for them.