Tied Down By Trafficking: Behind DFW’s $99 Million Industry 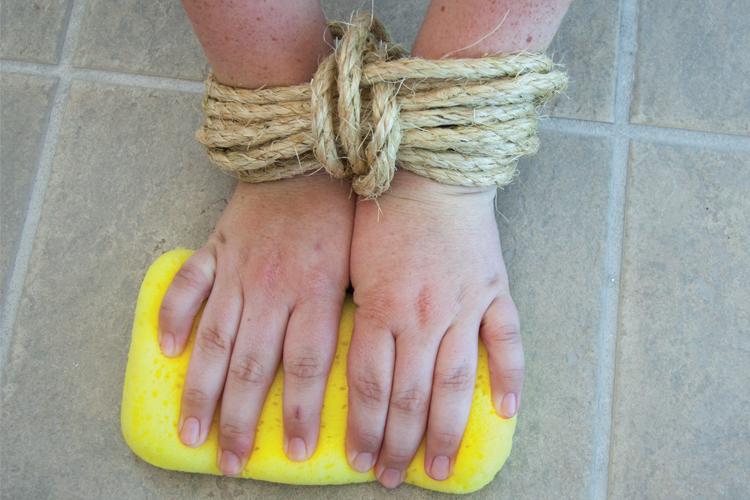 Just minutes after leaving her high school campus, Lilah* strips herself of her identity and is shackled against her will in a dark motel room.

There,she is no longer recognizable as a straight-A student and cheerleader from an affluent family. She is seen as an object—a prostitute—forced to engage in about 30 sexual acts each night.

Refusing a “date” is impossible, and if she fails to meet her quota she will be beaten. If she speaks out, her reputation will be ruined and her family will be killed. How does someone seemingly so normal become entrapped in this reality?

Lilah fell subject to human trafficking when she was spotted at a basketball game by two recruiters—good looking boys—who were paid about $300 to spot young girls and invite them to a party at a secondary location.

In defiance to her parents and to impress her friends, Lilah snuck out and headed to the party where she intended to meet these boys again. Little did she know that instead of flirting with these two young, attractive friends at that party, that she would be drugged, lmed doing sexual activities against her will and forced to join the human trafficking industry.

From that day on, Lilah was blackmailed by her pimp and coerced to leave school with him everyday for over three months. During that time period, she was drugged and sold repeatedly with no escape in sight. Luckily for Lilah, a teacher recognized the signs of human trafficking and reported to government officials and she is recovering. This story, as told to The Fourcast by a victim assistance specialist, is one of

the few human trafficking stories that end this way. Human trafficking is a $150 billion industry, and Lilah was only one of the 20 million victims trapped in this situation every year worldwide, according to the Polaris Project, a global organization which aims to eradicate modern slavery.

What is Human Trafficking?

Human trafficking is the exploitation of a person when force, fraud or coercion is utilized in making an individual participate in the acts of commercial sex or forced labor, according to Homeland Security’s website.

Sex trafficking, forced labor and debt bondage are the three main types of human trafficking. Forced labor, otherwise known as involuntary service, is the largest of the three sects. Debt bondage, when a person is forced to work for someone in order to pay off a debt, is sometimes classified as forced labor.

This form of modern slavery comprises a $99 million industry in the Dallas-Fort Worth Area alone.  For example, on any given night, around 400 girls—most of whom are minors—are being sexually exploited in Dallas.

Even though forced labor is by far the more common issue in both Dallas and the United States as a whole, sex trafficking usually is advertised more because of its more identifiable nature. A Victim Assistance Specialist, otherwise known as Pearl* for personal safety reasons, elaborated on why labor trafficking is so hard to identify.

“There’s more labor trafficking in Dallas than there is sex trafficking, absolutely. [Identification is] a big problem with labor trafficking. You can hide it easier,” Pearl said. “Many labor trafficked individuals are undocumented [or their ] documents have been stolen from them. Many victims were brought here under false pretenses. They are too afraid to speak up and speak [because] they are just horrified that law enforcement here will be corrupt and [send them home].”

According to a study done by the the Institute on Domestic Violence & Sexual Assault at the University of Texas at Austin School of Social Work, there are currently 313,000 victims of human trafficking in Texas. Of those 313,000 victims, sexually exploited minors entail 79,000 of those people, and there are 234,000 labor trafficked individuals, people who are coerced to work long hours with little or no pay.

Jobs of labor trafficking victims include but are not limited to working in commercial kitchens, yard work, construction work or janitorial work. Victims are often mandated to work continuously for days at a time.

Victims, both documented and undocumented, are targeted nationally for a myriad of reasons; in terms of the demographic of victims of human trafficking, race and ethnicity is insignificant, according to Pearl.

“A big demographic is age. [The average age of a sex trafficking victim] is just 12 to 14. Another big [factor is vulnerability]. Seventy-two percent of them have been sexually abused, and 86 percent of [rescued sex trafficking children] come from a foster care system,” she said.

But Pearl mentioned that runaways account for a large part of the victim population. According to the Polaris Project, one-sixth of endangered child runaways were likely victims of human trafficking.

Perpetrators prey on these victims’ vulnerabilities by “promis[ing] a high-paying job, a loving relationship or new and exciting opportunities,” according to the Polaris Project. Physical violence, substance abuse, and kidnapping are also common methods traffickers use to control their victims.

Pearl said that traffickers commonly use their victims as a way to earn quick money.

“Sex sells everywhere. It’s on billboards, TV, magazines,” she said. “The big[gest] problem is demand. People want easy money, and it’s easy to sell a person, versus drugs or money because you can reuse a person. They are not a one-use only commodity. You can sell a person multiple times, 24 hours a day, every day for a year,” she said.

Because the human trafficking devastates so many across Dallas, many businesses have tried to ameliorate the problem with new initiatives. Dallas Area Rapid Transit has worked very hard to deter the transport of trafficking victims on their buses and trains.

To accomplish this, DART trained all of its 3,500 employees on what human trafficking is, the signs of it and how to report it. They focused especially on DART police, operators, concierges and others that are on the front lines at the company. To help alert the public of the huge problem of human trafficking, the company dedicates ad space for posters from the Department of Health and Human Services about the issue throughout the whole year, increasing the ad space used during January, which is Human Trafficking Prevention Month.

DART has also partnered with other transportation services like Greyhound, Denton County Transportation and the Trinity Railway Express to form a coalition of public transportation companies committed to reducing human trafficking. These companies meet once a quarter to talk about the issue. Greyhound even changed their unaccompanied minor policy because of the meetings. Now, if a child under the age of seventeen needs to travel alone, their parents need to pay a fee, fill out a form and give information about the guardian picking up the child at the destination.

“I have kind of been the lead trainer for all things human trafficking at the agency,” Farr said.

Last year, Farr and DART decided to expand the company’s impact on the prevention of human trafficking. Modeling their program after the Transit Authority of River City in Louisville, Kentucky, Farr and her team decided to implement a new program called Safe Place.

In a Safe Place, if a child in any crisis tells a bus or train operator or other employee that they need a “safe place,” the worker automatically has to let the child ride, regardless of their ability to pay for it and alerts the authorities of the activation. The authorities will dispatch a supervisor to meet the bus or train in route, take possession of the child and drive them to the nearest Quiktrip, a gas station franchise. The Safe Place organization will then help the child and take them to their next destination.

In order to reach any child under the age of 18, DART displays ads about Safe Place and talks with children across the metroplex. DART employees meet with at least 800 students each month at schools in seven different districts to tell them about safety when riding public transportation, including information about Safe Place. They also inform teachers and guidance counsellors of this information so that they can tell a student in need of the program.

While DART focuses mostly on prevention, there are many centers in Dallas that help comfort victims of human trafficking. Mosaic Family Services, Traffick911, City House and Destiny’s House—a division of Promise House—all work to support people after they are rescued. Destiny’s House provides victims under the age of 21 with food, showers, a place to rest, education on human trafficking, management of their criminal case, safety planning and helps them find safe and affordable housing, all without charge.

Hockaday senior Kaleigh Beacham, in pursuit of her Girl Scout Gold Award, created an educational website, www.braketrafficking.com, which focuses entirely on human trafficking. The website is intended to prevent and spread awareness of the cause. Beacham worked with organizations like Traffick911 and Destiny’s House while developing the website. She also held a screening of a documentary about human trafficking at Studio Movie Grill on March 4 and asked viewers to bring $10 fast food gift cards to to donate to the two organizations.

“[These charities] need something that they can give to survivors so they can go out during the day and find something to eat,” Beacham said.

In addition to charities, the Victim Assistance Specialist also helps survivors adjust to normal life after being rescued. On a typical day when The Fourcast interviewed her, Pearl began her day at 6 a.m. when she picked up a client from the hospital to transport her to a rehabilitation center, sitting with her while she completed the intake paperwork and participating in an interview. She then took the same survivor to visit her child at a CPS supervised visit and took her shopping.

Another resources for victims are shelters like Mosaic in Dallas. Mosaic provides places for people to stay, counseling and legal services for its clients, according to the shelter’s Deputy Director, Bill Bernstein.

“If someone feels in advance that they have [security like] an attorney that’s standing up for them, they feel secure, [and they need that after what they’ve been through],” Bernstein said.

Without the tireless work of this Victim Assistance Specialist and many others like her, human trafficking survivors would have no one to help them adjust to freedom. They help these victims, bound and beaten, transition into a life where they are no longer forced to do things against their own wills to make a profit.

The Signs of Human Trafficking and How to Help

According to Polaris, human trafficking victims often are unable to leave or come home as they please,  work very long and uncommon hours and carry few personal belongings. They also fail to make eye contact, appear malnourished and have numerous inconsistencies in their stories. These are only a few of the signs that Polaris lists on its website.

For more information on human trafficking and how to recognize the signs, please visit the following organizations: love146.org, braketrafficking.com and trafficking911.com.

*Names have been modified to protect the identities of the individuals.

If you suspect that you or someone you know is a victim of human trafficking, do not hesitate to call the hotline, 1.888.373.7888.

Scan the QR code below to watch a video about human trafficking and gain the tools to combat this crime. 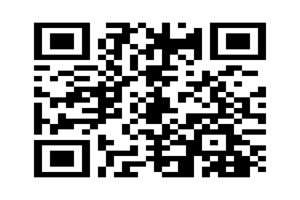