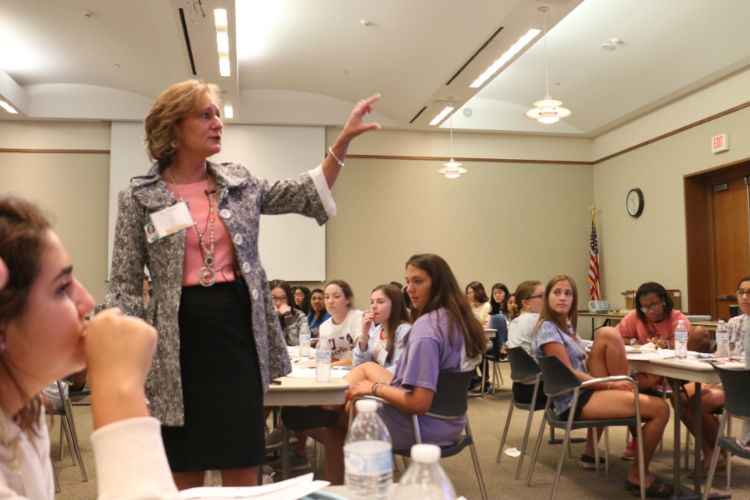 While the Form III retreat occured Aug. 25-26, Upper School math teacher and Form III Dean Jessica Chu began to plan in October of 2017. She began by asking students and advisors for feedback on the program and decided how she could make it better than the year before.

In accordance with the feedback, Chu decided to shorten the retreat from two full days to one and a half days and switch the speaker to Alise Cortez, who worked more often with students in the StrengthsFinder program. Cortez met with students after a quick icebreaker on Wednesday and continued her training for one and a half hours on Thursday. She focused on capitalizing on one’s strengths to meet new people, work in a group and have difficult conversations.

For the last hour of the retreat on Thursday, Chu invited the Grant Halliburton Foundation to speak about mental health to the juniors. She heard many requests from former students for speakers on stress that the infamy of Hockaday junior year elicits. During the presentation, the speaker focused on stress, stress coping methods, depression and suicide.

Overall, Chu enjoyed getting to know student on more of a personal level as opposed just in a classroom, which helps her form an even greater bond with the juniors.