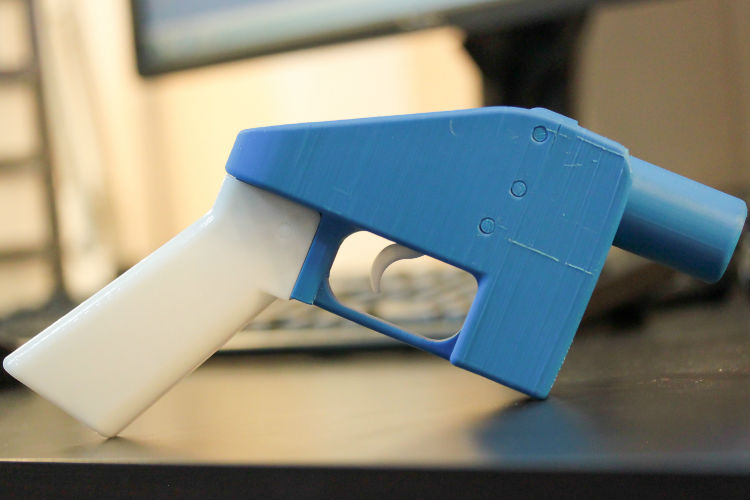 On July 31. 2018, U.S. District Judge Robert Lasnik issued a restraining order on the publishing of the blueprints for the Liberator — a handgun that uses 3-D printing technologies and, as a result, is almost undetectable by security.

But the banning of the Liberator did not cease the debates. Defense Distributed, the organization that aimed to spread the blueprints to the public, has been arguing restlessly on the legitimacy of the restraining order.

Founded by Cody Wilson, a famous anarchist and gun-rights activist, Defense Distributed wishes to provide a free-market and library for weaponries and blueprints, which includes the newest 3-D printed weapons. Wilson was also strongly criticized as a supporter of white supremacy.

Responding to the federal ban, Wilson recently spoke out through media interviews. According to the New York Times, Wilson claimed that such orders have “serious First Amendment issues”, referring to the publishing of 3-D weapon blueprints not as the rights to arm, but the freedoms of speech. Wilson’s comments cast doubts on many trending gun-related arguments, including the debate over the true identity of code that recently emerged: are these blueprints a form of speech, or are they intellectual properties?

“I think that people should know how the guns are made before entering the debate,” Walder said. “People should arm themselves with what the gun laws are in their cities before hands too.”

Walder’s suggestion regarding the 3-D weaponaries plays an important role in the debate itself, since many have questioned the credibility of metal detectors installed for security uses ever since 3-D printing became available for making guns. As a matter of fact, Wilson and his organization’s  sharing of the codes was paused under the The United States Undetectable Firearms Act of 1988, which made producing, importing, selling and manufacturing guns that are undetectable under a walk-through metal detector illegal. Consequently, many has been alerted by the potential impact of making 3-D guns blueprints easier to access.

“At this day with the sharing of technologies, I don’t know how we can possibly keep (sharing of blueprints) from happening,” Walder added. “It’s hard. Because gun laws varies from state to state, and now it seems like there needs to be a whole new set of laws around 3-D printing guns.”

In addition, English Department teacher Janet Bilhartz also kept a keen interest on this recent incident. Impressed by the argumentative nature of the debate, Bilhartz brought it to her English and Philosophy class.

“I was so fascinated by the bringing of philosophical slant to this question,” Bilhartz commented. “It was the question that we started the class with. What is computer code? I hope it got us thinking about this issue, but also about the nature of substances.”

Bilhartz’s introduction of the debate into a philosophical level has not only been a remarkable way of preparing the class for upcoming considerations into nature, but also triggered future concerns.

“Are we to treat computer codes as speech? that still doesn’t mean you could say anything. Is the code of guns analogous to yelling ‘fire’ in a crowded theatre?” Bilhartz added. “This is the age we live in and we have this code. How are we going to handle it safely?”