In Defense of Standardized Testing 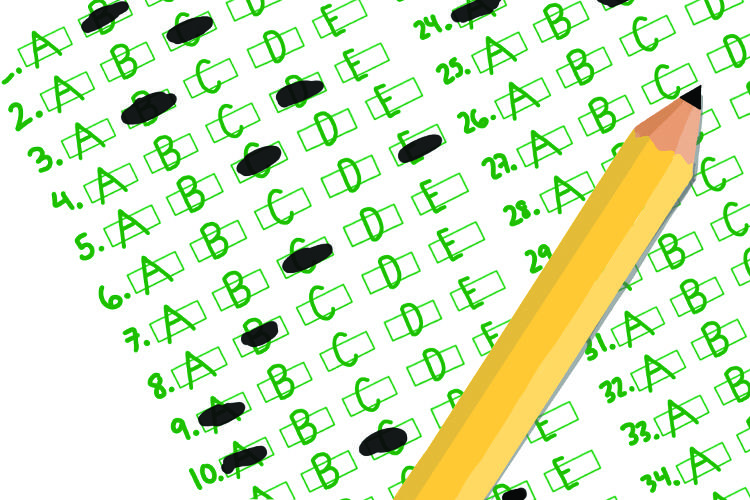 //PICTURED ABOVE: The ACT and SAT are mandatory for most universities in the U.S.

From “terrible” to “rigged” to “a complete scam,” in recent years, standardized tests have been described in a plethora of negative ways by students and educators alike. After just finishing the taxing process myself this month, I can attest to this, but are they really as wasteless as some claim?

Even though these tests may strike fear, excitement and anxiety (the list goes on and on) in the minds of any student planning to apply for college, the SAT and ACT are crucial for this process.

A new “revolutionary” idea is emerging that the College Board should scrap these tests altogether, claiming that they don’t accurately reflect a student’s academic capabilities.

I get it. Who wants to sit through a four- hour-long, expensive test on a Saturday, under the hazy glow of fluorescent lights? Still, complete eradication is not the answer.

The SAT and ACT, by design, test the skills and knowledge that students acquire from rigorous high school curriculums. The highest scorers on both tests are those who push themselves, pursuing the most rigorous classes and course- work, regardless of socioeconomic or racial backgrounds.

In fact, when paired with a student’s GPA, the SAT and ACT are one of the strongest ways to predict a student’s success in college.

With thousands of applications to consider, admission counselors are assigned the daunting task of evaluating these students, who, without these test indicators, look very similar. Even when looking holistically at a student’s teacher recommendations, extracurricular commitments and even GPA, results can often not reflect a student’s true academic standing.

The critics, in which there are many, claim that success on these tests depends on the socioeconomic background of the student and whether or not he or she can afford expensive tutoring and prep-classes.

In actuality, evidence shows that prep-work and expensive tutoring doesn’t impact scores to the extent as expected.

In a 2009 study conducted by the National Association for College Admission Counseling, it was found that prep courses only improved SAT scores by as little as 5 to 10 points in critical reading and 10 to 20 points in math.

It is true, though, that there is a slight correlation between the socioeconomic class of a student and their GPA, due to an unequal quality in schooling across America. Also, there are studies showing that the higher the scores students report for high school courses, the higher the family’s income and parental education.

This is a major problem in our education system, but the standardized tests do more good than harm, and our focus should be on improving the schooling each student receives rather than a specific test or exam.

Also, the College Board has become increasingly accepting towards all different types of test takers. Now, all College Board tests accept accommodations for students with documented learning disabilities including test anxiety and ADHD. With the approval of the Services for Students with Disabilities (SSD), a student can receive a multitude of accommodations including the use of a computer, extended time and extra breaks.

Even with the benefits of these standardized tests, test-optional schools are popping up over the nation. In reality, these universities, such as George Washington University, Bowdoin College and many more are not as flexible as they seem.

Many competitive test-optional schools still require students to submit standardized tests, but give the students more options when it comes to choosing which qualifying exam to take. More still are only test-optional for students who reach a certain GPA or possesses a specific class rank.

Even when a school is test-optional, the vast majority of students still choose to send in their scores, potentially putting those without scores at a disadvantage.

When schools choose not to require standardized tests in their application, they are not tapping in on a valid and extremely important source for evaluating their applicants on whether they are capable enough to attend the university.

Only time may tell if these tests will continue to haunt generations to come, but at least for now, sharpen your number two pencils, grab your ID, charge your TI-84 calculator and get studying.