“Clock-In” To See This Movie 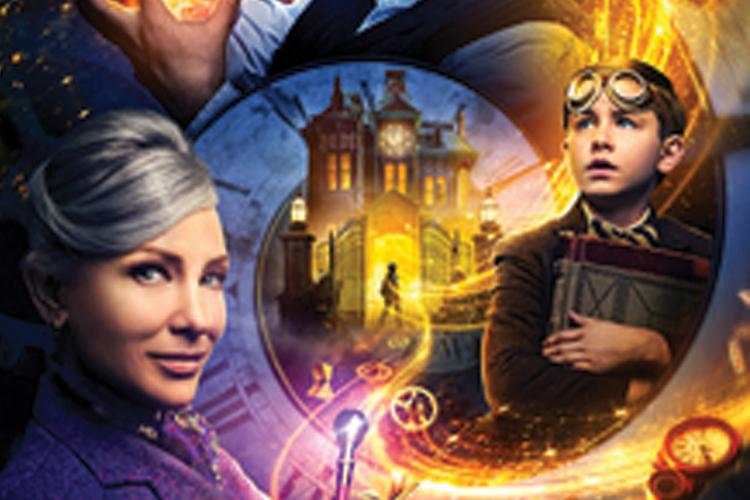 Upon first entering the theater screening “The House with a Clock in Its Walls,” I immediately noticed one thing: the children. Naturally, I began to question the content that I was about to view. And it didn’t help that I was surrounded by whining 5-year-olds.

The movie itself didn’t do much to alleviate my initial fears. Set to take place in the mid-20th century, the plot follows 10-year-old Lewis (Owen Vaccaro) as he sets out to live with his Uncle Jonathan (Jack Black) after the death of his parents. Eventually, Lewis finds out that there is more to his uncle’s creepy, old house than there seems to be on the surface.

Ultimately, the plot was nothing to be excited about. It felt all-too-familiar to every other children’s movie ever created about the supernatural. Child meets seemingly crazy relative, child and relative bond over shared experiences, conflict arises, child and relative work together to defeat conflict and in turn, save the town and the entire race of humanity. Honestly, the plot was forgettable. There was nothing unique about it that makes it memorable for its audience.

Not being too big of a fan of witchcraft and the mystical world myself, I often found that my eyes were glazing over during parts of the film. However, it did have some redeeming qualities. What it lacked in entertainment, it made up for invaluable life-lessons. For instance, the main character, Lewis, is somewhat of an oddball. During his free time, he enjoys reading dictionaries to enhance his vocabulary. This, along with his odd physical appearance, makes him target for bullying at school. Although at first, he tries to conform to society’s expectations of “normal,” by the end of the movie, he has embraced his uniqueness and even found others with similar interests.

Additionally, the movie hits on the idea of family, and what it truly means to be “home.” Although Lewis often struggles with the new reality that he is an orphan, at the close of the film, he seems to have found his place with his Uncle Jonathan and his uncle’s neighbor, Florence Zimmerman (Cate Blanchett). All three are misfits of some sort, as they were all abandoned by their families in a sense. In turn, they form their own unit, as they joke that they are all the “black swans” of their families. This message truly enforces the idea that home is not a specific place, but rather, a mindset.

I was pleasantly surprised that, despite the fact that the movie was geared towards young children, the cast was made up of some well-known names. Both Jack Black and Cate Blanchett have starred in other large productions. Going into the film, I did not have my expectations set high for the quality of the acting. So although the concept of the movie was somewhat childish, the actors and actresses were professional and completely invested into weaving this narrative.

Ultimately, the plot of the film was mediocre and predictable. I wouldn’t go as far as to say that I disliked the movie, but rather, felt indifferent towards the largely supernatural-focused storyline. However, that may simply be because I am not interested in that particular genre. An aficionado of all things magic might care to disagree. It did, however, have valuable messages concerning being confident in one’s own skin and finding one’s place in the world that was woven into the plot. This, I would argue, makes the movie a worthwhile watch for younger audiences. So despite whatever opinions you may have on witches and warlocks, “The House With a Clock in Its Walls” has an admirable agenda that might just warm your heart.