Your Official Guide to the NBA Preseason 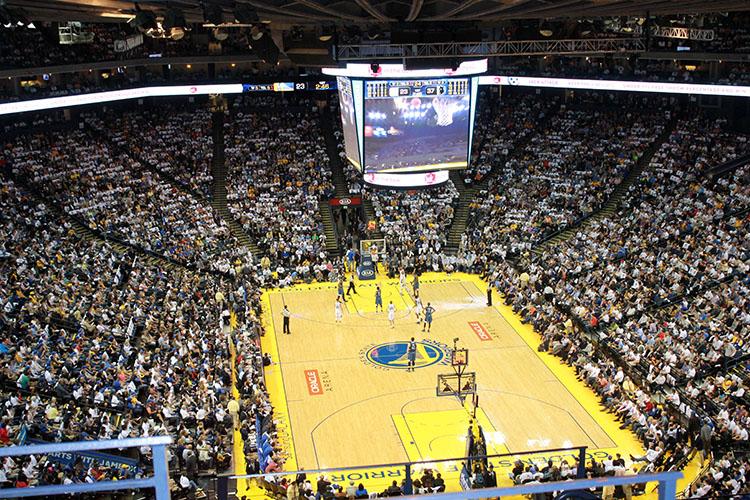 The NBA Preseason kicked off on September 28 with an exciting start for basketball fans. There are several teams who are making a comeback or have shown exciting promise going in to this season, but there’s no surprise that the Golden State Warriors are still the best team in the league.

Our very own Dallas Mavericks are back on the rise for the 2018-19 season. Last year, the Mavs were the worst offensive team in the league and they struggled throughout the whole season. The only highlight of the team was Dennis Smith Jr. The rookie brought a spark to the team last season and brought hope back to the stands of the American Airlines center.

This year the sky’s the limit for the Mavericks. They have added Luka Doncic and Deandre Jordan to their lineup. Luka Doncic, number three draft pick, is already predicted to be the Rookie of the Year. Doncic is considered the best international prospect of his generation. Hailing from Slovenia, Doncic is a skilled playmaker with a mature game beyond his years, according to NBA.com. Adding on to Doncic’s talent, Deandre Jordan brings consistency under the rim. He has impeccable defensive skills in the paint and brings fire to the Mavericks defensive end.

With Dirk Nowitzki as the staple of the Dallas Mavericks franchise and Doncic, Jordan, and Smith to back him up, hopes for the team to place in the 7th or 8th seed for the western conference, or even exceed those expectations, are high among Mavs fans.

Similar to the Mavs, other struggling NBA teams are reaching for the light at the end of the tunnel this season. The Los Angeles Lakers have added Lebron James to their lineup. He will play alongside Lonzo Ball, who had the worst shooting season in the league last year, but has shown more efficiency and confidence this season, and Rajon Rondo, whose amazing passing skills have always led him to stand out among others.

The Denver Nuggets are another notable team on the rise. Last season, they fell one game short of the playoffs, but this year they hope to reverse the playoff drought. By adding Michael Porter, number 14 draft pick, Jarred Vanderbilt, and Isaiah Thomas, expectations for the team are soaring. The only problem is that their struggling defense may drag down their brilliant offense.

Lastly, the Phoenix Suns are hoping to make big strides this season. They added Deandre Ayton, number one draft pick to their rooster who, alongside Doncic is in contention for Rookie of the Year. The young team hopes to bring out the star inside of Devin Brooker and work on Ayton’s defensive skills, in order to put them in contention against the stronger NBA teams.

As the preseason continues to heat up, already the debate has begun for MVP in the league. The most prominent predictions are Lebron James from the Los Angeles Lakers, Giannis Antetokounmpo from the Milwaukee Bucks and Kevin Durant from the Golden State Warrior.

The NBA 2018-19 season is already off to an extraordinary start with every team fighting for their spot on top.

I predict that the two teams who will make it all the way to the NBA finals for 2019 are—drumroll please—the Golden State Warriors and the Boston Celtics.

The NBA season officially starts on October 16. Good luck to all the basketball fans and may the odds be forever in your favor!