No Hate for the “Hate U Give” 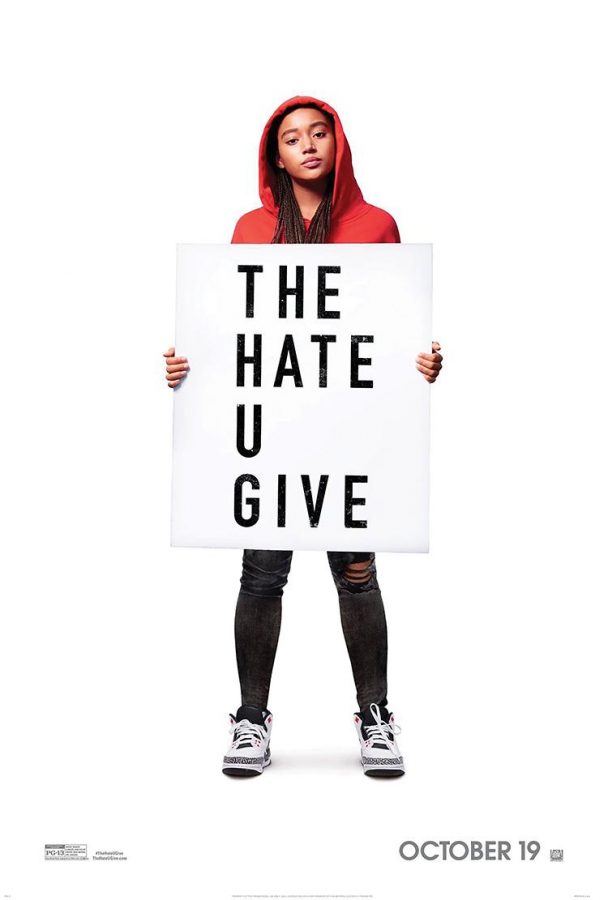 Family love, self-discovery and political controversy come together as a reflection of the human condition in the noteworthy drama, “The Hate U Give.”

Based on the best-selling novel by Angie Thomas, “The Hate U Give” follows the experience of Starr (Amandla Stenberg), a black 16-year-old girl who must strike a delicate balance between her two worlds: Garden Heights, the poor, predominantly African-American neighborhood in which she lives, and Williamson Prep, the affluent, mostly-white prep school she attends.

Her two worlds collide when she witnesses a white police officer shoot and kill her childhood best friend, Khalil (Algee Smith), and she faces conflicting pressures from everyone in her community to testify in front of a grand jury. Matters are further complicated by the fact that Starr has a white boyfriend, Chris (KJ Apa), and that her black uncle works for the same police force.

The title of the film is a reference to THUG LIFE., which was introduced by rapper and political activist Tupac Shakur, who tattooed the phrase across his stomach. Shakur argued that the hate given to marginalized groups comes back to cause bigger problems for all of society. Starr’s understanding of this phrase reveals the maturity resulting from her early exposure to violence.

The opening scene is particularly memorable. Starr’s father (Russel Hornsby) gives “The Talk”, referring to a specific set of instructions about what to do when getting pulled over by the police. The fact that he must expose his children to such a heavy topic speaks to the affliction of our society.

Struggling with typical high-school drama and SATs, Starr’s character appeals to the average teenager learning to navigate the confusing waters of adolescence. I was able to empathize with her poignant sense of isolation and immediately loved her funny, dynamic narration.

Her conflict escalates as the situation spirals out of control, and Starr is forced to make a decision: stay silent, or speak for Khalil and face the scrutiny of the media and punishment by a drug lord.

Starr’s friends at Williamson Prep, including her best friend Hailey (Sabrina Carpenter), are more than willing to advocate for Khalil, but not for the right reasons. They do not recognize and appreciate their privilege; rather, they abuse it, using the protest as a means to skip school. Through her microaggressions, Hailey’s character highlights another pressing issue of our generation.

Although the plot centers around a heavy topic, Starr finds comfort in her family and friends, integrating touching moments of laughter and humor in the movie. I was pleasantly surprised to see so much love in a community fractured by fear and hate. Several humorous scenes prevent “The Hate U Give” from being just another didactic film preaching about society, elevating the movie to a memorable and enlightening narrative.

Overall, the movie was engaging and illuminating. I enjoyed how the complexity of the characters and relationships provided an elaborate conflict and addressed real-world problems that don’t have a simple solution. While the movie has a long running time (over two hours), it’s difficult for me to complain because I felt that the film expertly exhibits conflicts that are raw and very real. Each moment contributes to the plot. While the endless drama is exhausting, it accurately reflects the weariness of a community that is constantly under scrutiny.

With an intriguing, politically relevant plotline and a relatable main character, “The Hate U Give” takes the audience on a deeply thought-provoking journey, issuing an urgent message about race and culture in America.